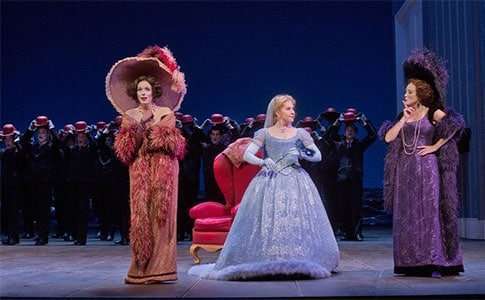 The 25-year-old Rossini composed his tenth opera in 1816 for the Teatro Valle in Rome. Jacopo Ferretti’s libretto was based on Perrault’s fairy tale, Cendrillon.

For those who like labels, La Cenerentola is a dramma giocoso. Or maybe an opera seria leavened with a few opera buffa characters. Few listeners will care too much about that, though. They’ll be happy to sit back and enjoy Rossini’s succession of colourful melodies and opportunities for sublime singers to show their mettle.

La Cenerentola is Cinderella with a twist: in Rossini’s hands it has become a fairy-tale without fairies. Gone are the talking animals, magic carriage and Fairy Godmother; in their place are realistic characters whose behaviour is recognisably human throughout. Cinderella’s family now comprises a bullying stepfather, Don Magnifico, along with the two gormless half-sisters, Clorinda and Tisbe; her ticket to enlightenment is not some old lady with a magic wand but the (male!) philosopher Alidoro.

Prickling his sardonic way through the opera, confiding in the audience and commenting on the action in true commedia dell’arte tradition, is Dandini, valet to the handsome Prince Charming figure of Don Ramiro. 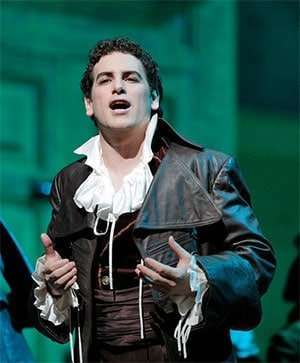 The Met’s Principal Conductor, Fabio Luisi, has a fabulous cast of Rossini specialists at his disposal for this revival of Cesare Lievi’s production. Joyce DiDonato and Luca Pisaroni have been singing Cenerentola and Alidoro respectively since early in their careers, while buffo bass Alessandro Corbelli, who’s recorded Don Magnifico at least five times, has the role in his DNA. Factor-in Juan Diego Flórez as Don Ramiro and Pietro Spagnoli as Dandini, and this cast’s collective pedigree speaks for itself.

The Met’s La Cenerentola will be broadcast globally, live in HD, on Saturday 10 May. And who needs enchanted mice anyway? Rossini’s joyous score has magic enough on its own to spare.