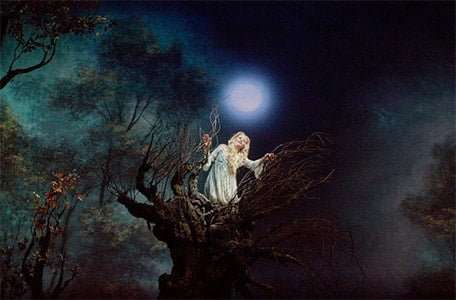 Antonin Dvořák, blue-chip Czech and occasional visitor to the New World, is best known for his melody-infused symphonic works whose sensibility straddles the Romantic causeway between fellow-countryman Smetana and his close friend Brahms. His dozen-plus operas have outlived the nineteenth century less successfully than his orchestral and chamber music, with the possible exception of The Jacobin and the outstanding one of Rusalka.

It’s the story of The Little Mermaid, more or less, but refracted through de la Motte Fouqué’s novella Undine. Termed a “lyric fairy-tale” by its composer, Rusalka is the product of eclectic literary plundering by librettist Jaroslav Kvapil and spins the tale of a water nymph, Rusalka, who longs to be human in order to marry her Prince. The witch Ježibaba grants Rusalka this wish but warns her that she will be denied the ability to speak. In a further twist that Hans Andersen never dreamt of, she also declares that if he fails to return her love the Prince himself will be damned for all time… 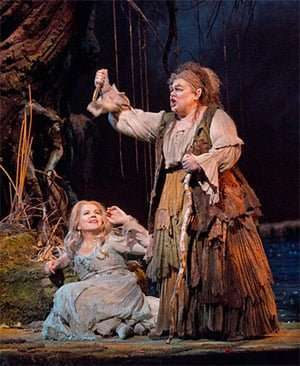 … Rusalka’s starry-eyed aria, ‘The Song to the Moon’, possibly the best-loved of all Dvořák’s melodies. It occurs early in Act One and begins “Měsíčku na nebi hlubokém”, so there’s a chance those subtitles will come in handy. Thereafter, far from being a one-trick opera, Rusalka offers three hours of Dvořák at his most romantic, lyrical and inspired, the score built upon wave on lyrical wave of sumptuously orchestrated music, with arias and choruses of thrilling variety. A magical opera in more ways than one.

The Met has assembled a world-beating company for this revival of Otto Schenk’s picturesque 1993 production. Renée Fleming returns as the titular water nymph – a role she has sung many times before and which she recorded definitively for Decca under Charles Mackerras. The great soprano is accompanied on this occasion by Piotr Beczala as the Prince, Dolora Zajick as Ježibaba and John Relyea in the key bass role of Vodnik, the water sprite.

The conductor is Yannick Nézet-Séguin, a greatly admired presence in the UK and Europe of whom I wrote when he conducted Rusalka at the Royal Opera House: “Nézet-Séguin’s Covent Garden debut is sensational. If only I could find a less hackneyed adjective to describe the symphonic sweep with which he conducts Dvořák’s luscious score, or to celebrate the sheer rightness of the sound he conjures from the pit, but I can’t”. See if you agree.

The Met’s Rusalka will be broadcast globally, live in HD, on Saturday 8 February. With only two further scheduled performances after that, the second of them conducted by Paul Nadler, this may well be one of the last chances we have to hear Renée Fleming in one of her signature roles – so a trip to the cinema is a must. There’s a good chance that afterwards, like Rusalka herself, you’ll be lost for words.