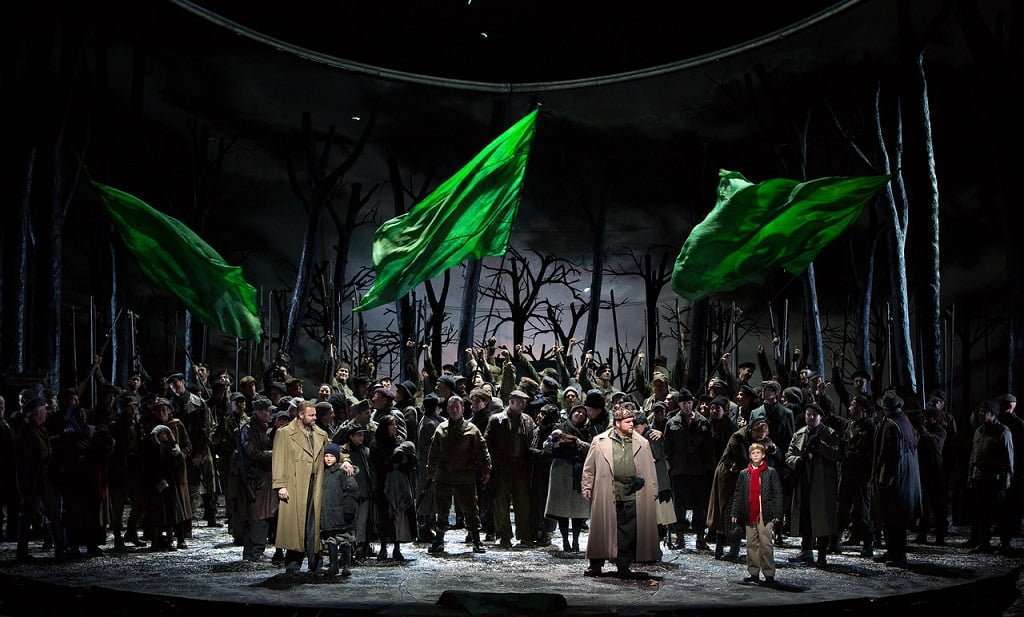 Macbeth was Giuseppe Verdi’s tenth opera, and his first to be based on a Shakespeare play. His final two operas, written some forty years later, are also Shakespearian, the highly dramatic Otello and the radiant and witty Falstaff. Verdi was a devotee of the English bard and was extremely particular with his librettist, Francesco Maria Piave, about how the adaptation of Macbeth should be done.
The opera was premiered in March 1847 to some success and went on to enjoy many productions and revivals in its early years. A revised version for Paris in 1865 was less triumphant, and performances of the opera dwindled in frequency until after the Second World War. Since then it has proven its worth as a vivid and dramatic setting and one that places considerable demands on the singers.

The action follows the broad outline of Shakespeare’s tale. Following a successful battle, nobles Macbeth and Banquo encounter the Witches who prophesise that Macbeth will inherit the throne and that Banquo will father a line of kings. The ambitious Lady Macbeth hears of this by letter, and when King Duncan and his retinue arrive at Glamis Castle she spurs on her husband to seize his destiny by murdering the old royal. Macbeth carries out the deed but is traumatised by his actions. Macduff discovers the murdered king.
Lady Macbeth and her husband grow apart – he finds strength and ruthlessness whilst she becomes increasingly tormented by guilt. Macbeth hires assassins to murder Banquo, but at a feast his ghost appears to Macbeth only, causing him to publicly display both madness and paranoia. Further revelations by the Witches provoke him to further violence. As Macduff and Duncan’s son Malcolm lead an army against Macbeth the weakened Lady Macbeth is observed sleepwalking and reveals the truth of Duncan’s murder. Macbeth is defeated in battle and killed by Macduff. Scotland accepts Malcolm as its new King. 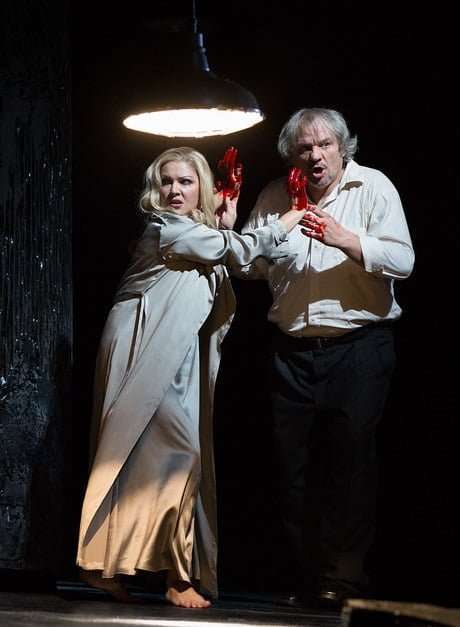 Lady Macbeth’s first appearance, an extended scene where she receives the letter from her spouse, finds her gleefully anticipating her ascent to power. Verdi did not want his Lady Macbeth to either look beautiful or to sing beautifully, yet the performer must have both supreme technical skill and ample power over a huge vocal range. The initial aria ‘Vieni t’affretta’ is striking and forthright and is followed by the dazzling and treacherously difficult ‘Or tutti sorgete…’. At the banquet, she also gets a drinking song, and then comes the famous extended sleepwalking scene with its final eerie high D flat.

Macbeth also has a superb opportunity, before his murdering of Duncan – “Is this a dagger…?”, famed from the Shakespeare play. Macbeth’s second encounter with the Witches is also engrossing as he reacts to the apparitions by strengthening his resolve. The singer of Macbeth must be able to delineate where he is either communing with himself or with the others around him – while noting Verdi’s exacting dynamic requirements. Macduff has a celebrated scene and aria, ‘Ah, la paterno mano’, following the equally renowned chorus of refugees, ‘Patria oppressa!’ at the start of the final Act. The chorus of Witches, replacing Shakespeare’s three, enjoys vital, rhythmic and maniacal music.

This is a really top notch cast! With glamorous Russian soprano Anna Netrebko as Lady Macbeth and the burly and intense Macbeth of Serbian baritone Željko Lučić, both the musical and the dramatic expectations are especially high. Rene Pape is luxury casting as the noble Banquo, as is the presence of Maltese super-tenor Joseph Calleja in the role of Macduff. The conductor is Fabio Luisi, well known for his considered interpretations of Verdi’s early stage-works.

Saturday October 11. If you are in New York City then the matinee is live at the Met itself, otherwise it is internationally cinematic – from 5.55 p.m. in the UK.