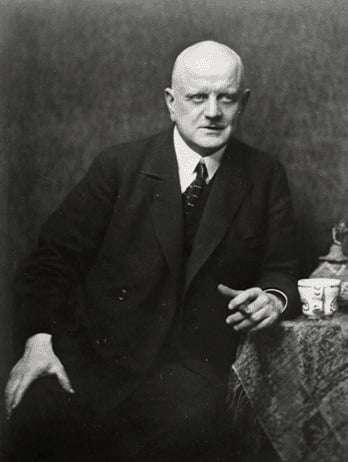 Before I begin my thoughts on “Original Sibelius” may I mention the sound I heard at the very beginning of the Festival. My ears had been recently conditioned at various Prom concerts at London’s Royal Albert Hall. In certain repertoire, this is a marvellous venue. But to experience the artistry and virtuosity of James Ehnes playing Walton’s wonderfully lyrical Violin Concerto being swallowed up and rendered almost inaudible by the cavernous acoustic was a soul-destroying experience. Fast-forward to Lahti with Ilya Gringolts playing the original version of Sibelius’s Violin Concerto and I had entered a world of purity of sound. Sibelius provides his soloist with prodigious demands but even with a voracious orchestra in attendance Gringolts’s marvellous performance allowed every note to be heard, a feat not achieved in the only recording of the first score, on the BIS label made in Lahti’s large church before the hall was opened twelve years ago. His tone from the beginning was beguiling and sensuous, his artistry totally at the service of the composer in this wayward but enthralling work in Sibelius’s first thoughts.

The concept of the Festival was to perform all the important original versions of works Sibelius was later to revise, in some cases almost immediately (The Yale version, Aallottaret, which became The Oceanides), in others many years later (Lemminkäinen). As each concert progressed to the final piece to be heard, the 1915 version of the Fifth Symphony, I wondered if Okko Kamu and perhaps his players woke up at night in a cold sweat after rehearsing generally familiar works, but now in their earlier versions, put together in an often entirely different way – harmonies, structure, thematic organisation – causing disorientation and bewilderment.

Generally though the works heard were shortened and improved in revision, Sibelius’s wife, Aino, preferred the earlier versions of the Violin Concerto and En Saga; both are more propulsive, more flamboyant and more romantically explicit. By cutting whole sections, or interludes, from these works (including the Symphony and In memoriam) Sibelius tightened the structures and exerted more discipline, both musically and emotionally, on each work. 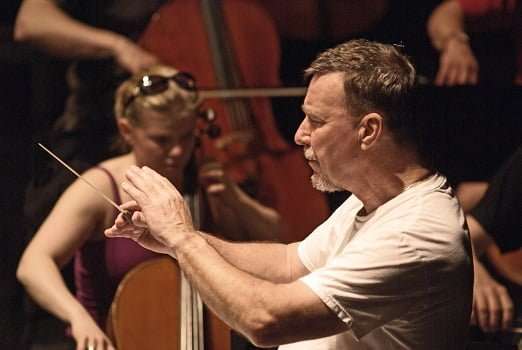 Two curiosities were heard; the first version of the middle movement of the (as played here) entire Third Symphony, where the familiar opening (described to this writer by Sir Colin Davis as like something crawling from out under a stone!) was originally a jagged, repetitive motif on the violas. Other changes are small but quite telling. This was the world premiere performance. The second was Rakastava, in its string arrangement, but heard in the first version soon to be modified somewhat into the magical work we now know. Again small changes were made (including the keys in all three movements) but worth hearing for insights into Sibelius’s critical faculties.

By far the most controversial performance was that of the 1915 Fifth Symphony. There are two questions: how could Sibelius write this after the mastery of the Fourth and how could he revise it so successfully five years later into its definitive, third, version? After the tight compression of the Fourth, expressed in the darkest of moods, Sibelius emerged gradually into a different world with new choices to be made of more-extrovert material. (He referred to this in his dairy in April 1915: “It is as if God the Father had thrown down mosaic pieces from heaven’s floor and asked me to put them back as they were”). His early attempts are often inept and gauche. There are passages that cause embarrassment in their over-extension and seeming inconsequential result.

To answer the second question, perhaps only a true genius could revise the 1915 cauldron of creativity into the final version, described by composer Peter Paul Nash, as “the supreme masterpiece of the 20th-century”. Another composer, David Matthews, states that the first version should never be heard so detrimental it is to Sibelius’s reputation. He is probably right. The Sibelius family heirs have suppressed performances for many years and any future ones must be rarities, of use to scholars and others interested in how musical genius can be applied to turning often second-rate material into pure gold.

How many nightmares were there I wonder among conductor and instrumentalists having to set aside preconceived notions of familiar music? Folke Gräsbeck, the finest living exponent of Sibelius’s piano music, in his enthralling recital spoke about how difficult it is to even learn new harmonic/tonal transpositions that Sibelius made between the first and final versions of his piano pieces, not least the composer’s piano arrangement of Valse triste.

But after nightmares, dawn arrived for the players to awaken to their responsibilities in regards to projecting familiar themes in unfamiliar surroundings. The Lahti SO did a superb job in allowing the listener to fully explore Sibelius’s creative process, disconcerting though sometimes it is. Okko Kamu assimilated these first versions, and the entirely different “Yale” Aallottaret, in such a way as to offer them as entirely plausible works in their own right.

There were some thrilling moments; the entire performance by Gringolts was a stunning example of wonderful mastery in music of such rich tapestry; the swirl and wash of sound in Aallottaret demonstrated the extreme modernity of this original concept and the first movement of the Lemminkäinen Legends was as sexually charged as the revised version though he became a more experienced lover so many years later!

This brilliant Festival contained so much pathos for a listener familiar (through the orchestra’s BIS recordings) with the early versions. The overwhelming sense (shared by Okko Kamu and others) is that Sibelius was absolutely right to make these revisions, all of which enhance his reputation. But certain episodes, if cut by the composer, will always gladden the heart and quicken the pulse. For these reasons alone the visit to Lahti was eminently worthwhile.