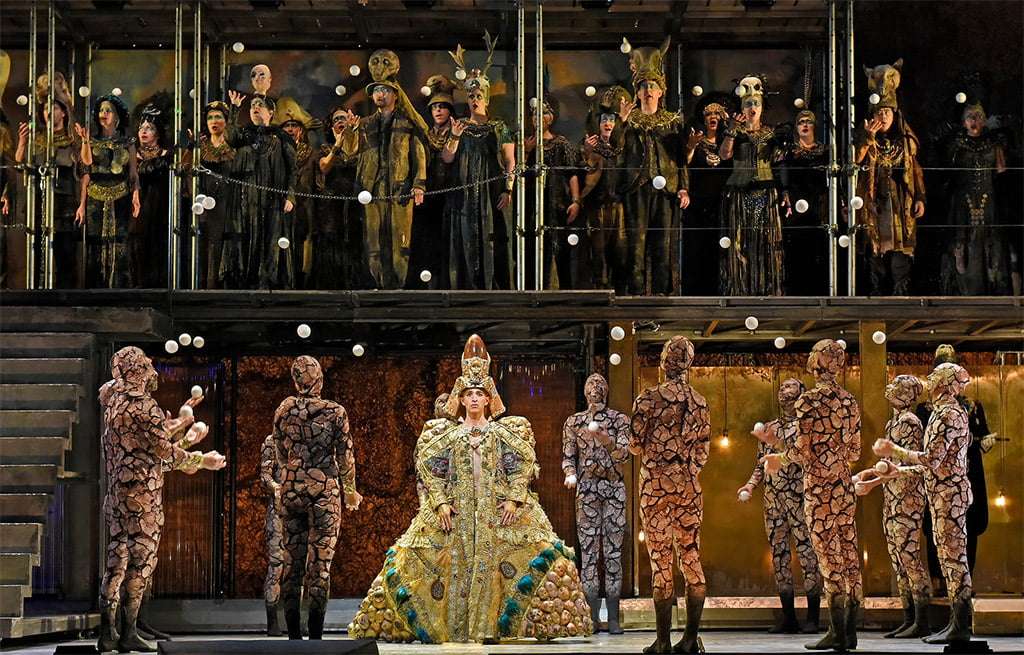 Who wrote it?
Amazingly Philip Glass’s Akhnaten is now 35-years on from its premiere performances in Stuttgart in 1984. The work followed on from two earlier operas about men who made an enormous impact on their worlds and periods, Einstein and Gandhi. This third Glass opera focussed on a person from ancient history – the progressive Egyptian Pharoah Akhenaten [sic] (known as Amenhotep IV until the fifth year of his reign) who lived in the 14th Century BC, and who attempted to change his nation from having its traditional polytheistic practice to a religion worshipping the Atem, the disc of the sun. This caused much unrest and disturbance in the period and ultimately the Egyptians reverted gradually to older practice after Akhenaten’s death. Glass penned his own libretto, with input from a few others, notably Jerome Robbins. The text is multilingual being sung and spoken; there is a narrator role, in Egyptian, Akkadian, Hebrew and English. 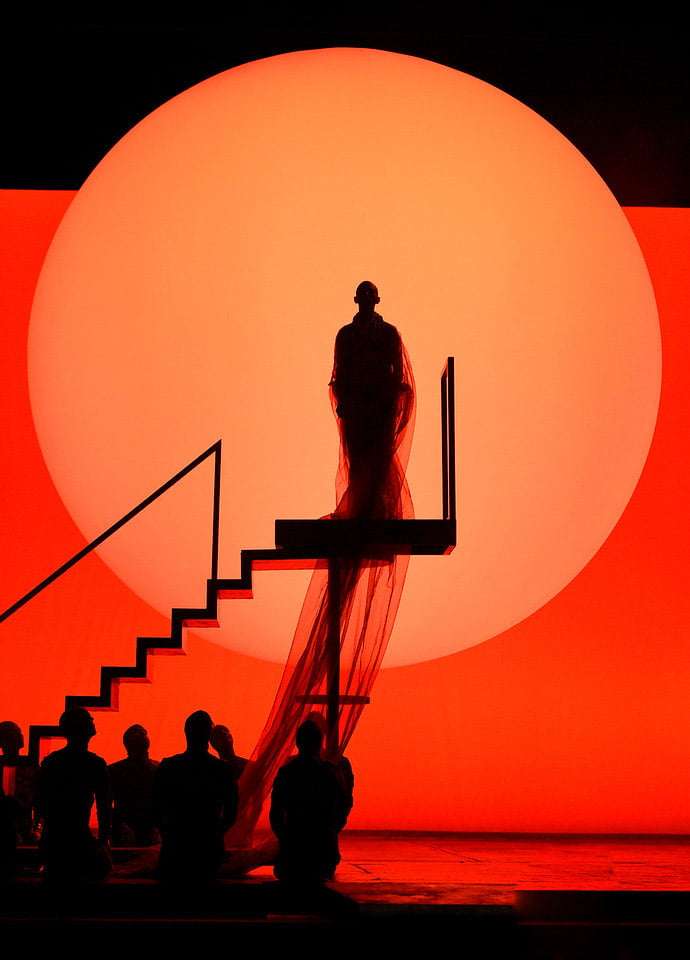 What’s it about?
The opera starts with the death and funeral rites of the previous Pharoah, Amenhotep III, characterized by depiction of some of the ritual associated with the traditional polytheistic religions of Egypt. His son is the successor and his coronation takes place according to old rites – but on taking the throne he announces his intent to form a new monotheistic religion, changing his ruling name name from Amenotep IV to Akhnaten meaning ‘Spirit of Aten’; Aten being the Sun God. He, his wife Nefertiti and mother, Queen Tye, extol the new faith. As time progresses Akhnaten suppresses the old rites and rituals of the old religion, banishing the priests from the temples, and then commissioning the building of a new city, Akhetaten – the City of the Horizon of Aten. The royal family become increasingly isolated as dissent grows and uprisings begin. Eventually the priests of the old order arrive with the mob at the palace doors. Akhnaten’s daughters, his wife and mother flee, and he is killed. We see the succession of Tutenkhamun and the re-establishment of the old order. In time the sciences of Egyptology and Archaeology have brought these voices from the past to our modern-day consciousness to sing out once more.

Listen out for…
Glass’s repetitive yet evolving, pulsating, multi-textured music casts a hypnotic spell over this work in a way that suits the pageant and ritual enshrined in the subject matter. Some of the ensemble passages have real force and impact despite the somewhat static nature of what is depicted. What remains the most striking feature is the use of the counter-tenor voice for the visionary yet isolated eponymous pharaoh – its highly individual colour adding strongly to the other-worldly sense of the ruler. One of the true highlights of the score is the magnificent duet between Akhnaten and Nefertiti in the middle of the Second Act, where a solo trumpet adds a haunting third voice. 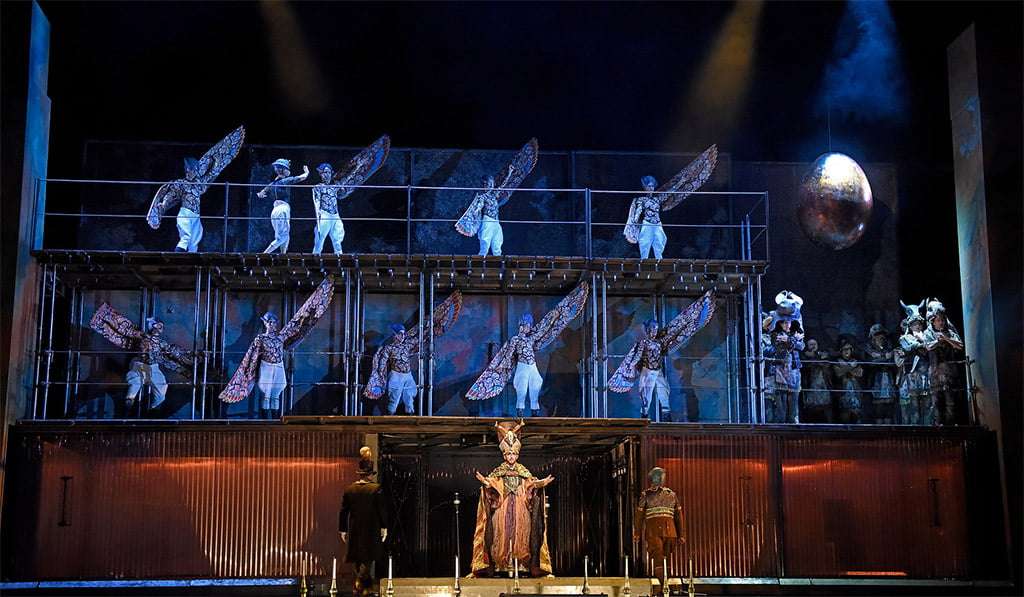 Who is in it?
Phelim McDermott’s visually arresting staging in Tom Pye’s mulit-layered designs, has been staged in other theatres with much success, with revivals and under the conductor Karen Kamensek who is on the podium for this occasion. American counter-tenor Anthony Roth Constanzo sings the title role where his mesmeric physical performances elsewhere have been much praised. Mezzo-soprano J’Nai Bridges makes her Met debut in the role of Nefertiti in this run of performances whilst Icelandic soprano Dísella Lárusdóttir appears as Queen Tye. The production is notable for its use of musically coordinated activity of a large troupe of acrobats and jugglers. It’s a feast for the eyes.

When’s it on?
If you are in New York City then the matinee is live at The Met itself. Otherwise it is broadcast to cinemas on November 23.