The author of this memoir might well have subtitled it ‘A Family Affair’, for the stories recounted cover three generations of kith and kin.

Anthya Cohen (née Rael) was one of three children born in South Africa during the 1940s to Gertie and Issie Israel, whose parents had emigrated from Eastern Europe in 1905. Those grandparents eventually made their way to the diamond-mining town of Kimberley, where they opened a general store in the suburb of Beaconsfield and gradually adapted to a new and strange land. This book offers an affectionate account of their life there. 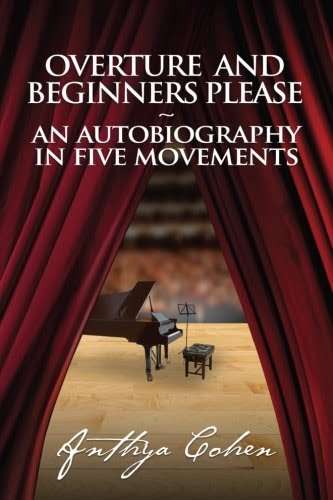 Anthya’s mother Gertie was one of six siblings, three of whom learnt the piano – one being especially talented, another becoming director of Johannesburg’s Piano Teachers’ Association. Many pages of this tome are devoted to the characters and life-stories of various relatives, and while such reminiscences will be of interest to some readers more than others, deep affection lies behind the telling.

In Durban, where the family later moved, Gertie attended a convent school where her musical talent began to develop, and her abilities were such that when she came to have children of her own, they were thrilled by her playing music as demanding as Beethoven’s ‘Waldstein’ Sonata.

This paperback briefly outlines the complex South African politics of the period immediately prior to, and during, the Second World War. The pages that Anthya devotes to life in Durban during those years speak of her shock at becoming increasingly aware of the huge gulf between the minority whites and the majority blacks, the latter generally regarded with contempt by the former. But even though South Africa may have been a “colonial paradise” for the white population, at school Anthya would for the first time experience ignorant anti-Semitism, and this sensitive girl instinctively identified with the oppressed.

By the age of nine she was already playing Mozart in public, and also giving radio recitals. During her teenage years she extended her knowledge of the piano repertoire and was introduced to the joys of chamber music and literature. And in 1950, aged sixteen, she made the long journey to London in the company of her parents and was introduced to Ilona Kabos, the Hungarian piano teacher, who took her on as a student. But we are not given much information about this teacher/pupil relationship.

At her lodgings in Muswell Hill, Anthya found herself among some interesting housemates, one of whom was the thirty-year-old violinist Raymond Cohen (1919-2011), who – a few years after being demobbed from the army – had just won the first Carl Flesch International Violin Competition. With Anthya becoming increasingly attracted to Raymond, and he to her, she gradually came to learn more about him. After early lessons received from his father and an uncle, he came under the tutelage of Henry Holst – a Dane who had been leader of the Berlin Philharmonic during Furtwängler’s time – and by his mid-teens Raymond had joined the Hallé Orchestra as its youngest-ever member.

In 1952 he and Anthya married, but they could only have a brief honeymoon because Raymond was due to give the English premiere of Bloch’s Violin Concerto. The honeymoon proper, planned to take place at a resort on the Mediterranean, almost came to grief because of a dodgy automobile and, in Anthya’s case, visa issues; while these problems were resolved the journey home was almost as fraught as the outward one – this being just one of the many anecdotes that feature in this tale.

Over the ensuing decades, apart from pursuing his own career (he was the final leader that Sir Thomas Beecham appointed to the Royal Philharmonic Orchestra), Raymond gave recitals with Anthya, which on the occasion of their fiftieth wedding anniversary was described by him as “a central part of our lives, and playing together is, for us, as natural as breathing, but we are always as one about the broad concept of music. I suppose that applies just as much to our marriage.”

Some of the material included here, as well as typos, point to the absence of a sharp editorial pencil, and readers hoping for an account of Raymond Cohen’s experiences as an orchestral musician and solo artist will be disappointed; otherwise the book is graced with a few of the author’s illustrations and photographs of many of the people and places mentioned. The author must have gained considerable satisfaction from having created a permanent record of elements of her family history.