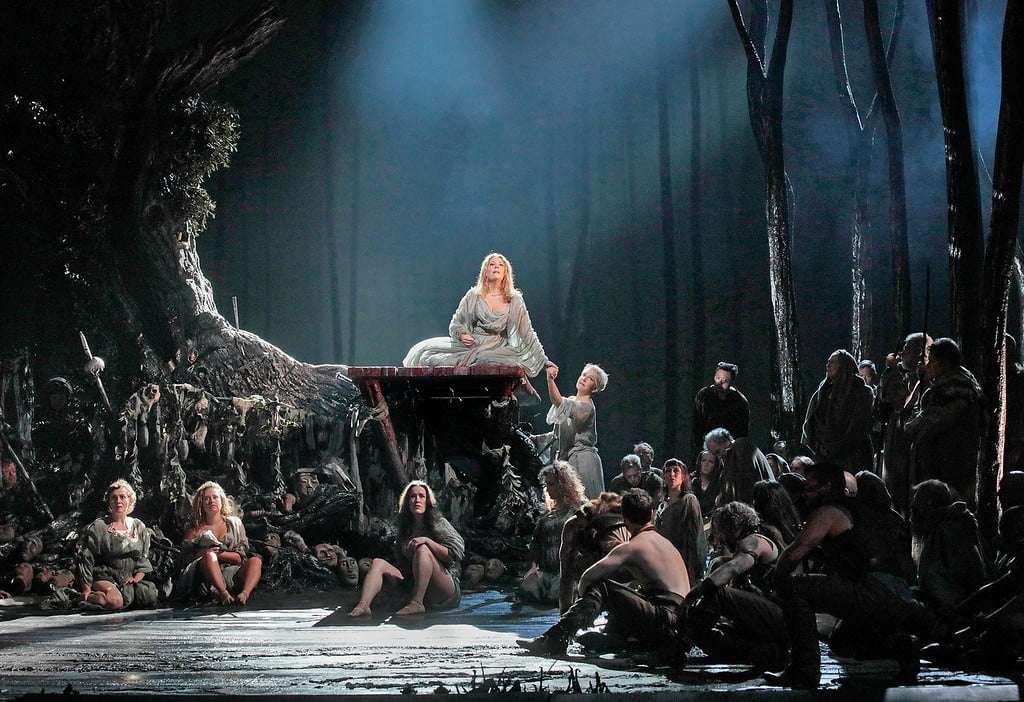 Who wrote it?
Norma is one of the great bel canto operas, and the most-famous of Vincenzo Bellini’s stage-works. It is notoriously difficult to bring off successfully for the music concentrates on the characters’ dilemmas and responses and can seem dangerously static without good direction. However, get the right voices together and it can be dynamite!
Norma’s composition started in earnest in 1830, with the premiere occurring in December of the following year at La Scala, Milan. Despite the presence of the popular soprano Giuditta Pasta in the title role the premiere was not a success, but the work soon gained some traction in other Italian opera houses, and within a few years was heard throughout Europe. The revival initiated by Maria Callas and others reasserted its popularity.
The libretto was written by Felice Romani, a regular collaborator, and with Donizetti and Rossini, based on an eponymous verse drama by Alexandre Soumet. Romani’s words were well-suited to Bellini’s compositional method, and enable great singers to really colour and inflect the text to emotional effect. 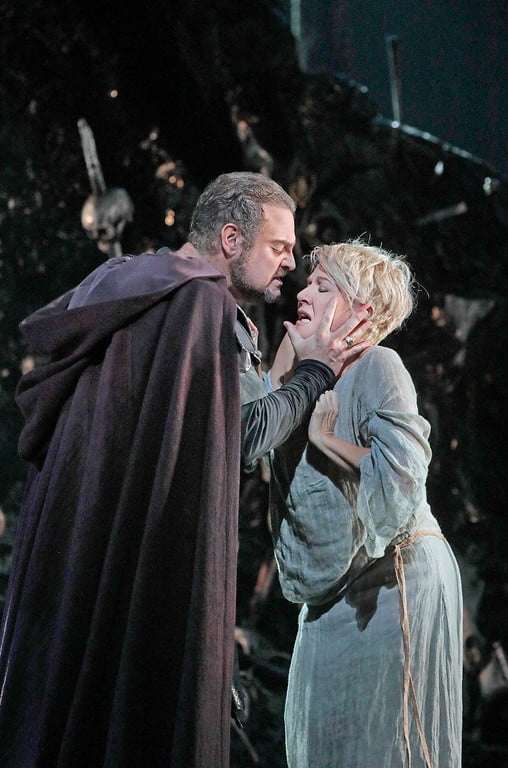 What’s it about?
The events take place in Roman-occupied Gaul about 50BC. Norma, the daughter of the druid Oroveso, is the High Priestess of Irminsul, a deity of the local communities about to rebel against the oppressors. Her guilty secret is a love-affair with the Roman pro-consul Pollione and the birth of two children by him who remain hidden in the care of her confidante Clothilde. The relationship has soured and Pollione has fallen for Adalgisa, one of Norma’s acolytes. Pollione is fearful of Norma’s reaction if she discovers his infidelity.

The druids and warriors meet to witness Norma invoking the chaste moon-goddess and cutting the sacred mistletoe. She tells the warriors that insurrection is not yet come and they will be victorious if they bide their time. They in turn insist that the first victim will be Pollione, leaving Norma with torn loyalties, and as the crowds disperse Adalgisa muses on her own dilemma.
She implores the gods to give her the courage to resist Pollione’s advances: his arrival leaves her helpless to his charms and she agrees to elope. She seeks Norma’s advice if without revealing the name of the lover. Touched by the similarity to her own weakness Norma agrees to help by releasing Adalgisa from her priestess vows. Only when Pollione appears does the true situation become apparent. Furious, Norma enlightens Adalgisa of her betrayal by Pollione and angrily dismisses the Roman.

Norma contemplates murdering her children, but decides that she will entrust them to Adalgisa’s care if she marries Pollione and leaves with him for Rome. Adalgisa refuses, saying she will try and persuade Pollione to return to Norma. Oroveso informs the Gauls that an even more harsh pro-consul is to replace Pollione. Norma must guide them as to how to act. She learns that Adalgisa has failed to change Pollione’s mind.
Norma summons the Gauls as Pollione is captured trying to abduct Adalgisa from the temple. He will be sacrificed. She demands to speak to him alone, but he refuses to renounce his new love and is willing to die for it. Norma instructs the Gauls to build a pyre for a guilty priestess – herself. Pollione’s admiration for her is suddenly re-kindled and he joins her in death, once Norma has persuaded Oroveso to care for her children, her last request.

Look out for…
Norma is full of classic encounters through duets and trios. The most famous aria is ‘Casta diva’ with its long, high and sustained lines floating over an exquisite undulating string figure with flute overlay – it requires great focus, technique and skill from the soprano. The scene where Norma deliberates on the fate of her offspring is a melancholic solo with sparing orchestral input that really allows the soprano full rein to hold the stage. 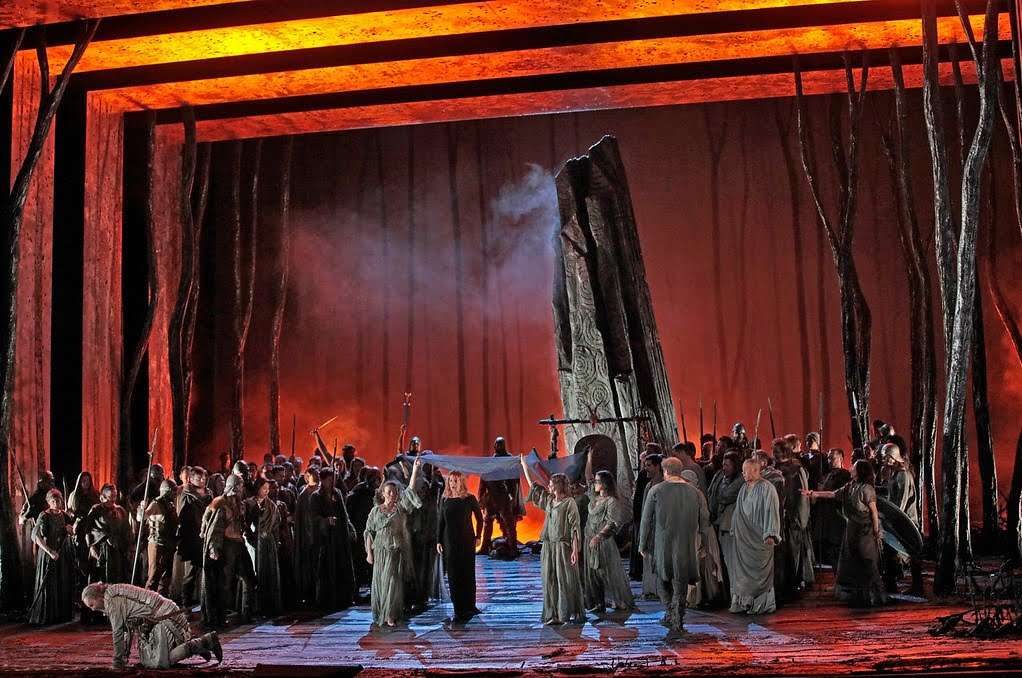 Although the role of Adalgisa was also written for a soprano, modern-day casting often gives the role to a mezzo for contrast, and it is the glorious duets between the two ladies that provide the great thrills.

Pollione is not considered a grateful role, he is basically a self-centred philanderer with few redeeming features. He does get an early aria in which he recounts a dream/nightmare of approaching the altar of Venus to marry Adalgisa only to hear voices proclaiming Norma’s vengeance. He is also a critical presence in the conclusion of the first Act. The role of Oroveso has some moments for the bass of the day to thunder impressively.
Bellini’s music is often at its most profound the simpler it gets, and Norma provides some telling examples of the power of this economy. There are stock operatic conventions at play too, but the contrasts keep the work both compelling and intriguing.

Who’s in it?
Carlo Rizzi conducts and Sondra Radvanovsky, an intensely dramatic performer with a rich and agile voice, is Norma, and is no stranger to the demanding role. The thought of her performing with another brilliant singing-actress, Joyce DiDonato, is inspiring. This pairing could become as legendary as Joan Sutherland and Marilyn Horne. Joseph Calleja essays Pollione, a part to which he brings great distinction. Oroveso is sung by Matthew Rose. This new production is directed by Sir David McVicar.

When’s it on?
If you are in New York City then the matinee is live at the Met itself. Otherwise it is broadcast to cinemas on Saturday October 7.