The following was published on Maestro Dohnányi’s website on February 6, and is reproduced here with permission… 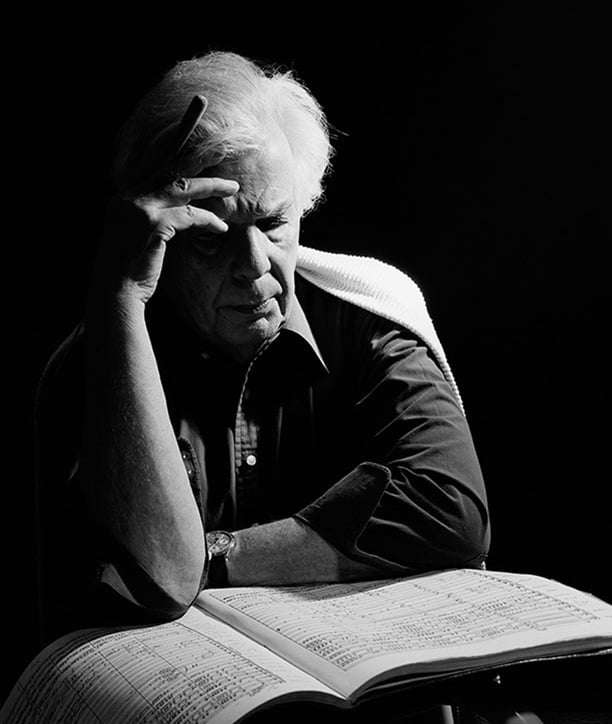 Four men in my family were executed by the Nazis. Hans von Dohnanyi, my father, honored in Yad Vashem, was killed in the Nazi concentration camp Sachsenhausen shortly before the Second World War ended. At the same time the world-renowned theologian Dietrich Bonhoeffer, brother of my mother, my godfather, was executed in the concentration camp Flossenbürg. In 1930 Bonhoeffer began his studies in New York City at the Union Theological Seminary and learned to love and admire the United States of America.

I know today he would be extremely unhappy observing a tendency of religious intolerance in the country he once admired so much for its freedom and acceptance. He never could have imagined that this strong, great nation would find itself in the political and ethical crisis it now faces. A nation’s heart may race when it feels threatened, fearful, or even terrified. But this heart, no matter how “devout”, should never tolerate walls nor turn away those seeking help. People died at the Berlin Wall. Many people died in Hitler’s concentration camps for their unwavering beliefs in the value of their ethics and in their fellow man. These beliefs are now endangered in many Western nations including, sadly enough, the USA. This is unimaginable.

Also unimaginable, for instance: I should have a U.S. visa and move through passport control without incident. Next to me another musician would have the same kind of visa. He would be detained because he is a Muslim from Iran. He would be sent back after hours of interrogation. But Christians would be excepted from these new regulations. (By the way, Bonhoeffer – a fervent and prominent supporter of ecumenical Christianity – would have strongly opposed that.) Rising walls will unfortunately keep many talented, well educated and good people away from travelling to the U.S. this might be sad. But by far more relevant remains the question, whether walls will make anybody safer. We all know, fear and aggression produce nothing but fear and aggression.

What kind of world are we living in? A world of “Texas first!”, “California first!”, Asia, Africa, America, Europe or Australia “first!”? Or do we live in a world that puts human dignity, humanity, fearlessness and compassion above everything else? In its great days our much-loved USA was such a country.

There is hope that the current political turmoil in the U.S. will, in fact, harm the extreme-rightwing parties in some upcoming, important European elections.