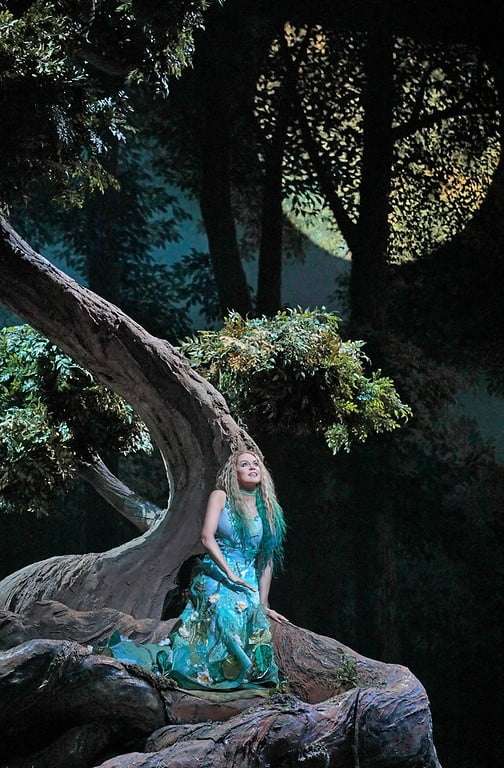 Who wrote it?
Rusalka is by far the most popular and performed of Antonin Dvořák’s ten operas and understandably so. The story is ostensibly a fairytale, but it also touches on many themes important to the modern psyche – identity, compromise, relationships, even damage to nature and the environment. This provides myriad opportunities for intelligent directors and great singing actors to explore these aspects whilst allowing the audience to revel in some of the most tunefully romantic music in all opera.
Rusalka was premiered in Prague in 1901 to some success and although it was slow to conquer the stages of the world, probably for linguistic reasons, it now sees new productions with notable regularity. The libretto was fashioned by Jaroslav Kvapil based on Friedrich de la Motte Fouqué’s Undine while referencing Hans Christian Andersen’s The Little Mermaid and the legend of Melusine. These timeless stories and fables have attracted many interpretations for the stage as ballets, operas and musicals.

What’s it all about?
The opera is set in an unspecified time. Water-nymphs are playing by a lake in the forest, observed by a wise sprite with whom they tease. As they disperse we meet Rusalka who confesses to the sprite she would like to become human – she has fallen in love with a man who comes to the lake to bathe.
The sprite sends her to the witch Ježibaba for help. Rusalka sings dreamily of her infatuation to the light of the moon. Ježibaba is direct – the spell can be cast but as a human Rusalka will become mute, and should she lose human love she will be damned. Rusalka accepts the compromise.
The prince appears to the sound of hunting horns. He has felt strangely drawn to the lake without knowing why. He sees Rusalka, falls in love, and carries her away to his castle. There Rusalka’s inability to communicate generates commentary from the staff as well as noble acquaintances. The prince begins to find Rusalka’s apparent coldness, owing to fear, wearisome – and feels she cares little for him.
A foreign princess, jealous of Rusalka, plays on this and taunts the prince, promising him a more erotic love. He falls for her simulated seduction and when the desperate Rusalka attempts to intervene he repudiates her and she flees. The princess then exacts her revenge by scornfully rejecting the prince.
The final Act sees Rusalka returning to her natural home – now a forlorn spirit spurned by her former playmates. Ježibaba can offer one solution – redemption can only occur if Rusalka murders the prince by kissing him. Rusalka, unable to contemplate such action on the man she still loves, rejects this and sinks into the water to eke out an eternity in its depths. The prince, ill and full of remorse, reaches the lake and dives in. He explains his misery. She explains her predicament – she longs to kiss him but cannot. He begs her to provide death and release him. Touched, she kisses him, and he sinks to the depths of his watery grave. Rusalka returns to the spirit world, without love and hope. 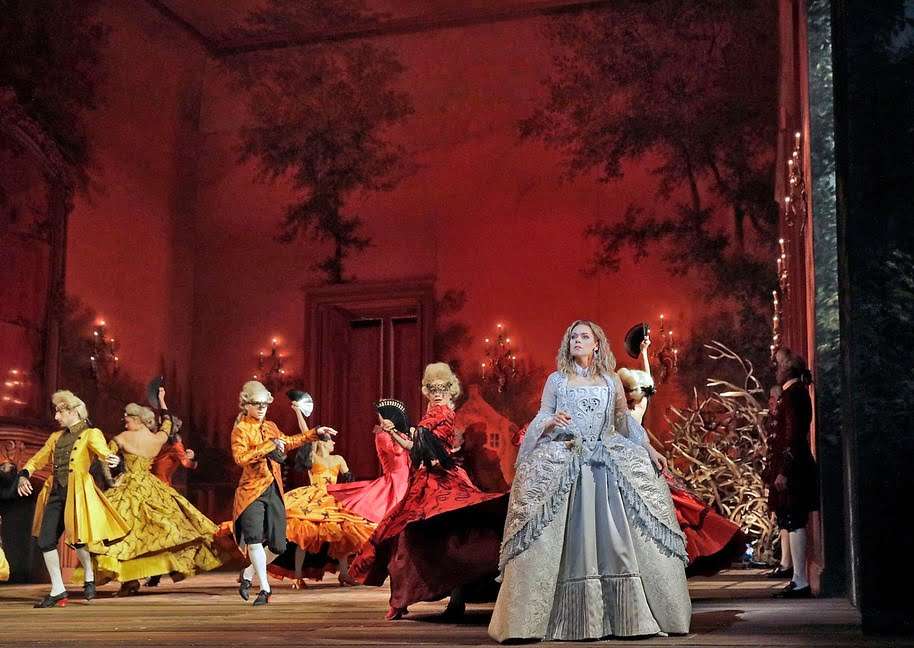 Look out for…
The music is everything one would expect from Dvořák – lush tunes, elegant dance music and evocative musical painting. The influences of Wagner are there but adapted by the composer for his own purposes. Dvořák cleverly distinguishes the worlds of water and nature from the bright glitzy formality of the Prince’s court, and masterfully sidesteps the complication of a mute character by having her vocalise her private thoughts only. ‘Song to the Moon’ has been a perennial favourite.
The Prince’s music requires a heady lyric-dramatic tenor – he has glorious music to sing. The water sprite and Ježibaba are fascinating characters – they comment on Rusalka’s plight and are variably sympathetic and scornful. Ježibaba’s spells have a curiously comic quality – and yet she can be fearsome.
The role of the Foreign Princess is also fabulous; she sweeps in to both dazzle and destroy. Her music is imperious, dangerous and oddly cold.

Who’s in it?
The cast assembled by Metropolitan Opera is impressive. Kristine Opolais, famous for her Puccini interpretations, takes on the title role. Her sense for the theatrical should bring a searing portrayal. The Prince is sung by Brandon Jovanovich – it’s a role he has made his own. The superb Eric Owens is the Water Sprite and Jamie Barton plays the malevolent Ježibaba. Katarina Dalayman takes on the short if demanding role of the Foreign Princess. Mark Elder conducts Mary Zimmerman’s new staging.

When’s it on?
If you are in New York City then the matinee is live at the Met itself. Otherwise it is broadcast to cinemas on Saturday February 25.