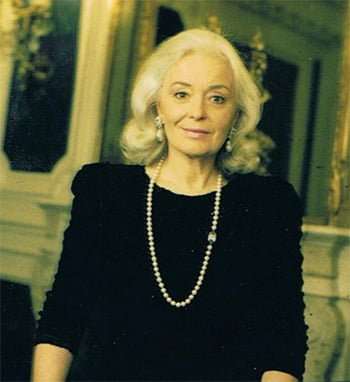 The Linbury Studio Theatre was a good place to be on this evening. It was another of the Royal Opera House’s Insight presentations, this time co-presented with the admirable Wagner 200 initiative, which is rolling out many diverse events on behalf of the composer for the rest of this year (links below to its site and to my review of the opening concert, which fell on Wagner’s birthday, 22 May).

With Dame Gwyneth Jones, one is in the company of a great opera singer – and, as she also proved, raconteur – who was here passing on her experience to two singers accredited to Royal Opera’s Jette Parker Young Artists Programme. After a genial introduction by Humphrey Burton, the tutelage part of the evening began.

It was fascinating to hear Dame Gwyneth address the two young singers, both heard in a snippet from Die Walküre. Whatever my reactions to their respective first efforts, Dame Gwyneth found things to pick up on, and did so in a friendly if authoritative manner. The shape of the singers’ mouth was deemed important, the connection of tongue, teeth and palate equally so, and that the singers should not gloss over consonants. David Butt Philip was encouraged to sing to his (here invisible) love, to imagine her in front of him, and to sing more quietly, to save the voice, which he responded to. 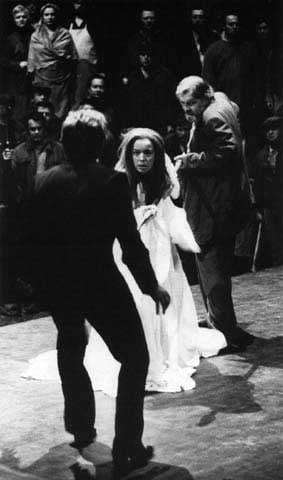 Elisabeth Meister is now an alumna of the Jette Parker Young Artists Programme. She has impressed hitherto and is a big personality and can hold the stage. She also has a nice sense of the spontaneous, such as whipping up sympathy from the audience for having a cold. Nevertheless, one did sense a slightly larger than life personality here, and it was interesting that Dame Gwyneth asked Meister for greater subtlety and to search out the meaning of the words.

With about half-an-hour devoted to each singer, this was an absorbing insight (that’s the only word!) into the demands placed upon any opera singer. Throughout, Dame Gwyneth showed the differences between the ordinary and how to be potentially great. Richard Hetherington was an admirable pianist, even running to a little vocalising.

At this point, a few minutes interval would have been welcome, to stretch the old legs, gain refreshment, but Mr Burton continued, and there was no stopping Dame Gwyneth! She had some anecdotes to amuse us with, about Bayreuth, Carlos Kleiber, horses, her love of the Italian repertoire (including a one-off performance of Bellini’s Norma) in addition to her signature Wagner roles (Brünnhilde, Isolde), rehearsal disasters, her directing of The Flying Dutchman, a not-to-be Ring Cycle in Seoul, and various other tales.

Also discussed was a hot topic at the moment, whether young singers are looking after their voices enough, doing too much, and becoming poorly too easily. Mention was made of Dame Gwyneth’s role in the film Quartet (as in Verdi’s Rigoletto), directed by Dustin Hoffman, with Tom Courtenay, Maggie Smith and Billy Connolly as part of a stellar cast. This final hour in the company of Dame Gwyneth was a fine mix of the hilarious and the serious.

We also saw two bits of Bayreuth film (we were denied a third, Isolde’s ‘Liebestod’), an excerpt from The Ring in the famous (or infamous) production directed by Patrice Chéreau and conducted by Pierre Boulez, and a very moving rendition of ‘Elisabeth’s Prayer’ from Tannhäuser, “beautifully conducted” by Sir Colin Davis, a further reminder of how much we shall miss the recently deceased former music director of The Royal Opera.

So, this was a very enjoyable and instructive evening. In a similar Insight vein, Sir John Tomlinson presents a Wagner 200 masterclass on 25 November. Should be good.