Presented by The Stephen Sondheim Society and Mercury Musical Developments 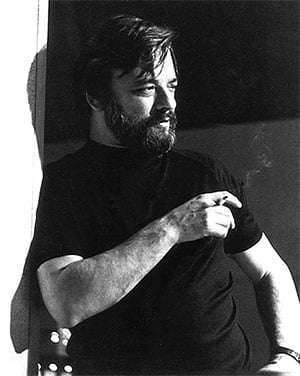 This double competition for Best Student Performer and Best New Song Prize is now in its seventh year. Originally mooted as a Sondheim song competition, he agreed to it only if it also included contributions by young writers. Twelve students from UK music academies perform a song by Sondheim and then one by member-composers of Mercury Musical Developments which encourages new budding composers, lyricists and music-theatre book authors. Some sixty-five applicants were auditioned by Edward Seckerson and Mark Etherington and whittled down to a dozen. The programme opened with all twelve performing ‘Waste’ from Road Show, the latest musical to come from the Sondheim pen.

What followed ranged widely across the output of the greatest living US composer-lyricist, from Saturday Night (1954), A Funny Thing Happened on the Way to the Forum (1962) and Hot Spot (1963), to which he part-contributed a song for what was Judy Holliday’s last show, through to Follies (1971), The Frogs (1974), Sweeney Todd (1979), Merrily We Roll Along (1981), Into the Woods (1987) and Passion (1994). Sondheim is always a challenge to sing, as his music is so intricately composed and his lyrics so delicately precise, that it is far from being an exact science when it comes to interpretation.

Some of the new songs were written for music-theatre pieces, others were standalone cabaret songs, a few sounding not unlike Sondheim; such is his – God’s – influence. Veteran UK songwriters George Stiles and Anthony Drewe know a good thing when they hear it, so it’s probable that their shortlist of writers will form the backbone of future musical productions. It proved so difficult to choose just one of the twelve new songs, so Tamar Broadbent was nominated runner-up for ‘17 drafts’, in which a girl voices her thoughts about the young woman her would-be boyfriend is crazy about. It was sung by Brooke Markham with a great deal of uncontrolled passion. ‘That once-in-a-lifetime feeling’, a cabaret number by Tim Sutton, received a performance by Laura Darton that impressed the judges enough to name it the winner, for which Sutton received the £1,000 prize.

The standard of singing in this competition is always very high indeed. Seckerson emphasised how difficult it was to choose twelve out of sixty-five students and then pick the best one. The members of the Jury finally chose three. Maud Millar was highly commended for her renditions of Sondheim’s ‘Losing my mind’ and Barry Anderson & Mark Petty’s ‘Love will find its way’. Runner-up Kara-Ami McCreanor impressed with her vivid interpretation of Fosca’s song ‘I read’, from Sondheim’s Passion, and Stuart Matthew Price’s ‘Ready for you’. Her prize was £500. The top prize of £1,000 went to Turlough Convery, early on an all-too-obvious winner for ‘Ariadne’ from Sondheim’s The Frogs and for Darren Clark’s ‘The only prince around’, a delightful number about famous fairytale maidens in distress. Convery will be a future musical force to be reckoned with.

Genial host Jenna Russell entertained us with ‘Carrying a torch’ from Stiles & Drewe’s Shakespeare Revue, ‘Like it was’ from her current West End job in Merrily We Roll Along and ‘I remember’ from Evening Primrose, both by Sondheim. With former co-star Michael Xavier she sang ‘Remember us’ from S&D’s Soho Cinders, and Kris Olsen and Emma Salvo, last year’s winning singers, gave ‘Country house’ from the 1987 London production of Follies. A go(o)d time was had by all.