It could be argued that since it is unlikely that anyone would listen to all twenty-one of Chopin’s Nocturnes at one go, then you don’t need a complete set of them. After all just about every great – and not so great – pianist has essayed one or more of them at some time in their recording career. So the listener can have each one in a number of different versions, to suit every mood. But I think that would be a mistake. The range of expression in these masterworks is extraordinary and I can think of no better way of spending two hours than exploring the mesmerising beauty and mastery of form that Chopin displays in every bar of his music.

There are several positive things to say about the presentation of these CDs. A twofer case is used, thus minimising the use of plastic and the booklet is made from recycled paper. The booklet contains a long and informative essay by John Schaefer based on conversations with Roger Woodward and the booklet also reproduces the complete autograph scores of two of the Nocturnes and the first page of another. 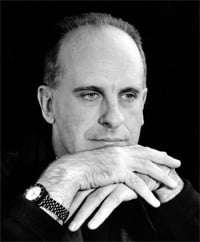 On a less positive note, Roger Woodward’s observations are inevitably based on personal perception and the remarks on the use of rubato are somewhat simplistic and do little justice to an almost-lost art. It is also regrettable that the last paragraph contains some dreadful clichés from both the producer (Ulrich Kraus) and performer, culminating in the cringe making: “somehow I’m not playing them anymore. They’re now playing me”.

The first Nocturne starts reasonably well. There is some rubato and slight tempo variation; and the tone, while not singing, is expressive. Unfortunately the central section lacks the hymn-like quality that Arthur Rubinstein brings in his mono set of the complete Nocturnes and the return of the first theme is far too literal. Number two is almost static. The tempo too slow, the rhythm metronomic and the dynamics unvaried. It is unfair to compare anyone with Solomon, but listen to him in 1943 (Testament) to understand what Woodward thinks of as old-fashioned pianism and what it can do with this work. Similar problems inhabit Opus 15/Number 1. Here there is no true cantabile line and the use of pedals is less than varied. While the second of the set is far too self-conscious in its use of held notes and pauses, Opus 27/Number 1 is rather more successful. Here there is a sense of line, darkness and foreboding and the rhythmic subtleties of the central section are finely caught. But once again in Number 2 there is a feeling of lethargy – Woodward fails to weave a cantabile line.

The second disc starts with the Opus 37 set. Here the tempos are leisurely. In the G minor the bass chords lack variety of tone and texture and in the G major the cantilena is lost. Woodward evidently thinks that slow tempos bring profundity, where as in fact they often bring ennui and thereby hinder expression.

Unfortunately these speeds affect virtually all of the sublime late Nocturnes. And because Woodward fails to produce a wide palette of tonal or rhythmic shading and little true rubato, there is a sense of weariness that becomes rather depressing. He may not have been helped by the piano, a 1985 Hamburg Steinway D with ivory keys. Many concert pianists I have spoken to prefer older concert grand’s that are far more responsive to touch and produce a more individual sound.

In terms of recorded sound, Ulrich Kraus and Eckart Rahn have done a reasonable job. The piano is not too forwardly balanced. As with all digital recordings there is no true sense of space around the soundstage. There is also a slight sense of bass lightness and a marginal lack of body to the treble. But some of this may be down to the pianist and/or the instrument. Nevertheless the sound doesn’t get in the way of the music.

For the complete Nocturnes I would go to Claudio Arrau or the afore-mentioned Rubinstein set. Or for a less interventionist, but still highly persuasive view, Livia Rev.