Emily Howard
To See the Invisible – Chamber Opera in eleven scenes to a libretto by Selma Dimitrijevic after a short story by Robert Silverberg [sung in English, with English surtitles] 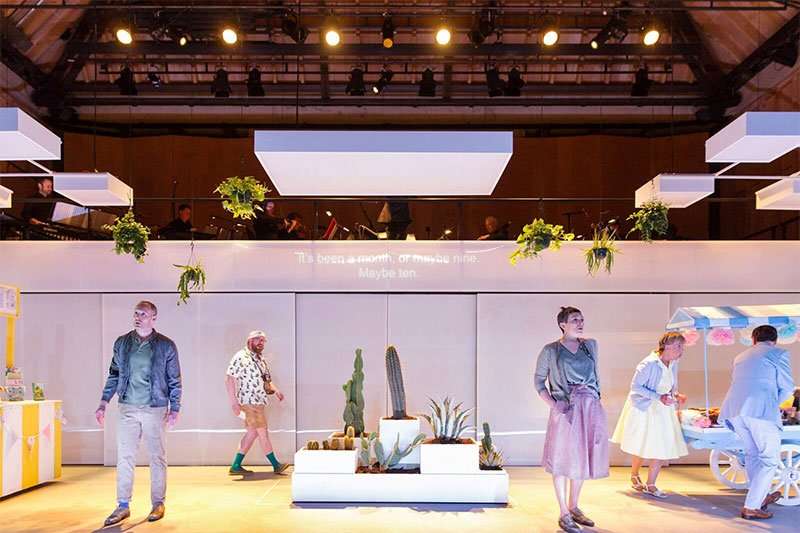 Dystopian visions of autocratic/fascist societies squeezing the life out of errant but sympathetic individuals are hard-wired into all the art forms, to the extent you wonder if there is anything new to be said in this miserabilist genre. Emily Howard’s To See the Invisible, which has just had its world premiere, keeps company with Aldeburgh’s most celebrated outsider, Peter Grimes, albeit on a much smaller scale.

With a duration of about eighty minutes, seven singers and an ensemble of nine instrumentalists, and a coolly efficient set, Howard and her librettist have reworked a 1960s’ science-fiction story by the American writer Robert Silverberg (also used for an episode of The Twilight Zone). An unnamed man is found guilty of “coldness”, of lacking human empathy, and is sentenced to a year-long period of invisibility, during which he is shunned and quickly deteriorates. Having served his time, he is released, but then gives comfort to another Invisible, a young woman, and discovers that that, too, is a crime, and the cycle begins again. 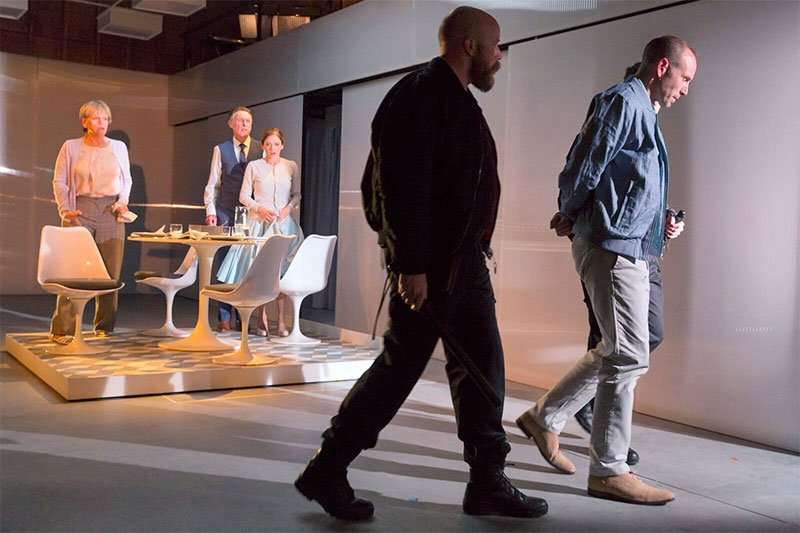 Even though the opera is short, Howard finds time for a Beckett-like stilted spoken introduction from the Invisible and his family that you think will never end, and there is a scene set in a brothel, where the Invisible observes the joylessness of what passes for human connection, indulged, very explicitly, to the point of boredom. A scene set in a park, with various characters locked into the sort of bland, gormless optimism much lampooned in, for instance, Bernstein’s Trouble in Tahiti and any number of US films, is luxuriously repeated to no lasting effect. The Invisible and the Other Invisible’s parallel existence of misery occasionally leaks into this sunlit certainty to suggest all is not well with the World, something modern society’s ill and old, say, experience first-hand.

Howard’s music faithfully shuffles layers of alienation in angular vocal lines, spiky and reactive instrumental writing and a hefty commentary from percussion, but her piece gets its shape and emotional impact from the borrowings she works into her score – a Dowland love-song undermining the brothel scene, echoes of Britten’s Curlew River in the sparer passages, even a touching dalliance with Sondheim. The biggest of these, though, starts with the accompaniment to ‘Soave sia il vento’ from Così fan tutte, here cast as an ideal of warmth and ease, which, as it grows into its fullest, and beautifully arranged, form predictably dominates. There are many ideas that you could see coming from a mile off, but since, eventually, we sympathised with the Invisibles and the equally wretched figures oppressing them, the opera creates its own domain.

Nicholas Morris and Anna Dennis as the two Invisibles, who seem like two aspects of one character, get better as their disintegration and pessimism accelerate, Anne Mason and Peter Savidge vividly act out their various quick-change roles, and Caryl Hughes, Daniel Norman and Nathan Vale add to the pervading sense of almost casual doom. Richard Baker and the Birmingham Contemporary Music Group work Howard’s eclectic design into a seamless whole, and Dan Ayling’s direction is focused and unobtrusive.