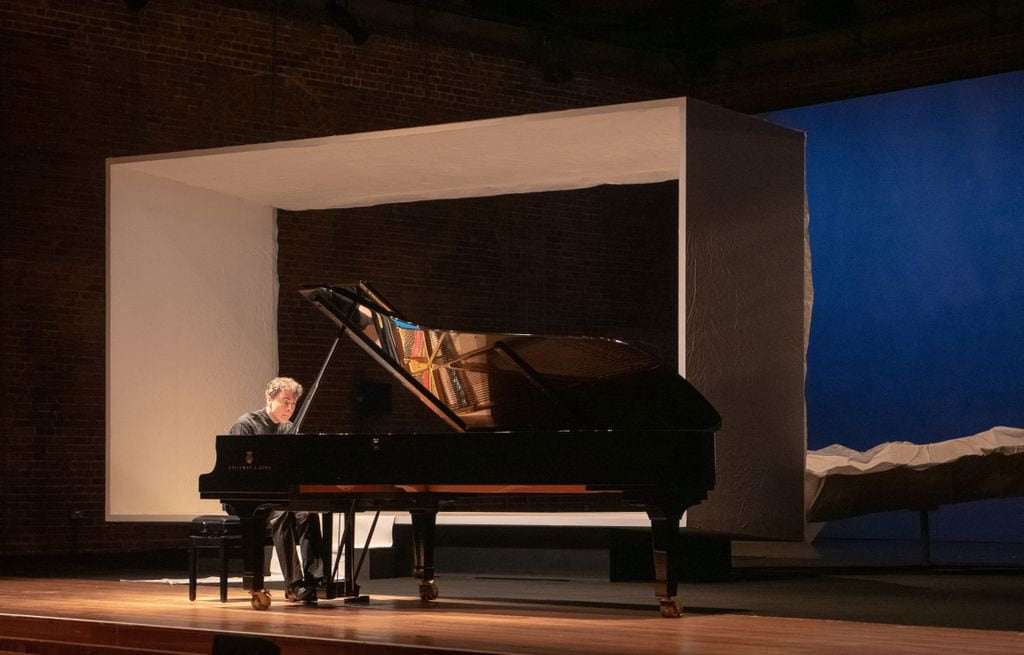 On the face of it, this Aldeburgh Festival recital from Paul Lewis was in the traditional mould of the true and tested either side of a little something to challenge expectations, in this case a premiere by the artist-in-residence.

That, though, was to reckon without Lewis’s genius for creating webs of relationships that he then constantly teases, along with, in this programme, an inclination towards the subversive, and this leapt off the page in his immensely engaging performance of Haydn’s E-minor Sonata. He balanced Haydn’s signature disjunction of mood and flow with a constant element of surprise, preparing the first movement for high drama, then stepping back to take the sting out of the process to let the music swiftly deflate. Lewis then gave the illusion of Baroque poise in a slow movement that left you up in the air as to whether his supple decorations were just a part or the whole point of Haydn’s plan. Apart from purely artistic considerations, Lewis’s way into his chosen repertoire is both bracingly pragmatic and strongly characterised, and the surface and depths of Haydn’s mercurial music suit Lewis’s persona down to the ground.

In his elusive programme note to his ten-minute Movement for Piano, Thomas Larcher asks “What is an idea? Where does it come from?”. One answer could be that the neutrally titled Movement delivers a distillation of elements from Larcher’s Hunting Gun opera, which had opened the Festival the previous evening. Repeated single notes anticipate all sorts of tonal possibilities, then an unadorned theme blossoms into a Bach-like chorale – perhaps it is one – transfigures itself and then evaporates. Lewis had to lean into the piano to do things with the strings, including producing a dead, non-reverberating plunk that closed the piece. Like all Larcher’s music that I’ve experienced so far, impressions of withdrawal and isolation are never far away, an intense, immediately identifiable romanticism that speaks to our confusing times. Lewis’s focus and breadth of imagination must have raised the piece’s profile immeasurably.

Lewis has a formidable reputation in Beethoven, which he enhanced hugely in this account of the Diabelli Variations. Just the opening was enough to give a taste of marvels about to unfold, when he trounced the poker-faced little waltz with the first Variation, in which the music shows Diabelli two fingers by going into march-time, while exposing a hint of a fault-line from which grows an incredible process of transformation. Lewis’s use of rallentando was a supple, ultra-expressive pleasure that aerated the whole sequence, and his judgment in those Variations that act as structural tie-bars was impeccable. Early on there was no lack of wit, even broad humour, but he then went on to get to the core of Beethoven’s late and ecstatic fantasy in the final sections. The closing Minuet has never sounded more like a dance of blessed spirits.