Porgy and Bess
An opera – with music by George Gershwin, book by DuBose Heyward, lyrics by Heyward & Ira Gershwin, based on Heyward’s novel Porgy [sung in English] 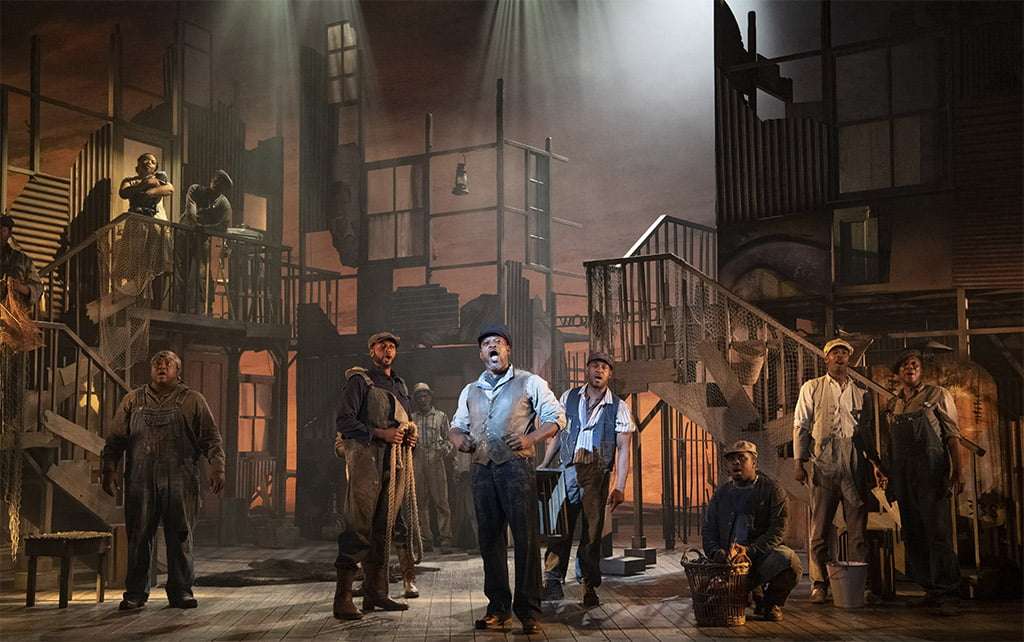 Now into the third season at its relocation, Grange Park Opera has already set the bar high for repertoire and production; as is evident in its new staging of Porgy and Bess, which, if it brings few revelations, wholly reinforces the work’s status within the modern operatic canon.

That this took so long goes beyond still-debated questions of ethnic stereotyping to the very issue of just how much of this opera should be included. At around 150 minutes, the present production omits at least an hour’s worth of the score; the absence of Jasbo Brown’s piano sequence and Porgy’s ‘Buzzard’ aria aside, this seems less about gaps in continuity as of musical pacing between those main numbers which at times follow-on rather too rapidly; that said, what is heard leaves little doubt as to the work’s dramatic consistency or potency.

Such qualities are enhanced by a staging whose focus and immediacy can hardly be gainsaid. Jean-Pierre van der Spuy’s direction has a physicality that rarely falters, abetted by the gaunt and claustrophobic designs from Francis O’Connor that evoke an expressionistic quality not inapposite to Gershwin’s music; as does David Plater’s alternately sombre and lurid lighting. Lizzie Gee’s choreography utilises all available stage-space, if never risking that theatrical blatancy synonymous with the Musical genre which Gershwin was at pains to leave behind. 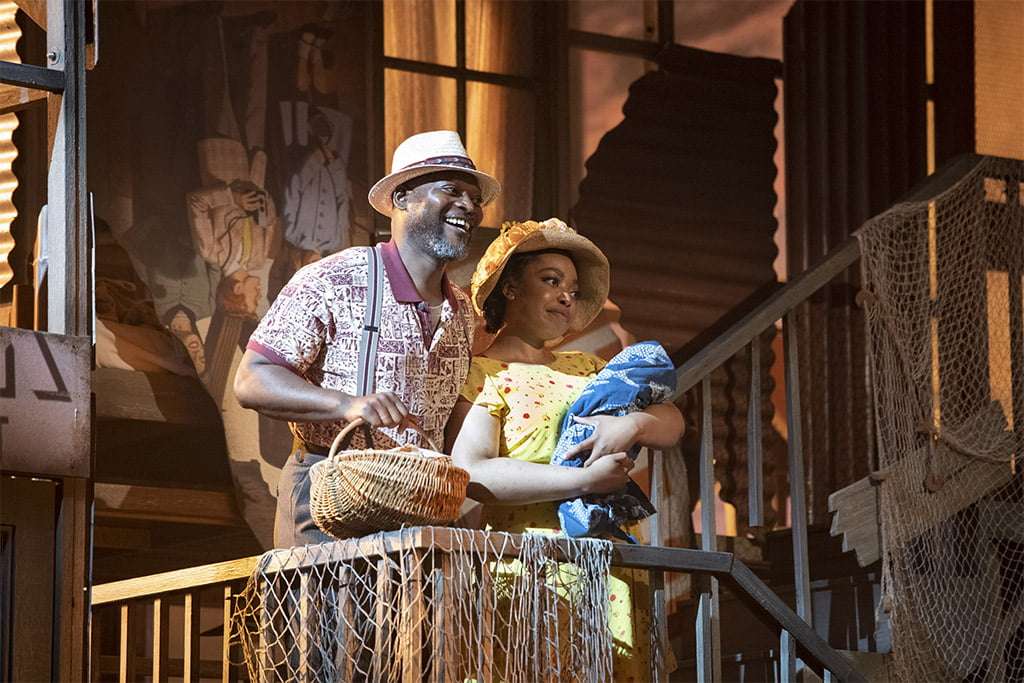 There are no disappointments as to casting. A highlight is the Porgy of Musa Ngqungwana – less fervent in its portrayal than has often been the case, yet whose easeful eloquence makes explicit the crippled beggar’s compassion. Laquita Mitchell projects the reckless side of Bess more overtly than her fidelity, though this does not lessen her identity with this most tortured of Gershwin’s heroines. Donovan Singletary is brutish and overbearing as Crown, to whom Rheinaldt Tshepo Moagi’s Sportin’ Life is the perfect foil in his smooth-talking amorality.

Sarah-Jane Lewis brings affecting poise to Serena, with Julius Williams III a properly hapless Robbins. Robin Winslade-Anderson renders the ill-fated Jake with heroic resolve, while the Clara of Francesca Chiejina lacks little in wistful elegance and Calvin Lee renders Peter ‘the Honeyman’ with real empathy. The trio of white officials strikes a properly abusive note, but it is a pity the explicit racisms of the libretto need to be emasculated – diluting the realism of the opera’s cultural setting to a degree that is surely inappropriate, however well-intentioned.

Otherwise the assembled singers bring vigour and lustiness to a choral contribution second to none in twentieth-century opera, while the BBC Concert Orchestra responds with unstinting commitment to Stephen Barlow’s fastidious conducting. Others (not least John Wilson in the recent English National Opera staging) have made this music ‘swing’ more, but few can have succeeded better in reconciling the startling ingenuity of Gershwin’s writing with a need for parity between voices and orchestra – words and music working to the benefit of each other.

The absence of surtitles most likely surprised those for whom the facility has become a norm, though their absence was hardly ever a factor given the clarity with which the drama unfolds. With seven performances to go, there can be little excuse to miss this impressive production.