Britten
Peter Grimes, Op.33 – Opera in a Prologue and Three Acts to a libretto by Montagu Slater after George Crabbe’s poem The Borough 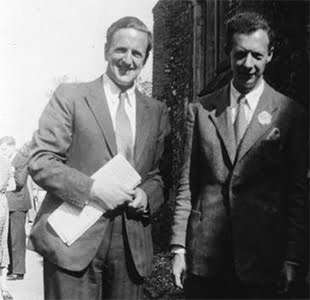 Benjamin Britten’s presence at this year’s landmark Aldeburgh Festival, the sixty-sixth of that name (and therefore a reminder that one of this year’s centenary composers was just thirty-three years old when he and Peter Pears founded it), has been overseen by Colin Matthews. Britten’s former associate has chosen to mark the celebrations with a project that is ‘multimedia’ in the truest sense: two concert-performances of Peter Grimes, a near-instant compact disc release compiled from them, and three performances on Aldeburgh Beach of a full staging by Tim Albery with the same cast, their voices amplified and a pre-recorded orchestra underpinning them. That last initiative is an especially bold one, particularly on the flat, East-facing Suffolk coast. I wish it a fair wind.

This Festival opener was a no-nonsense performance with little of the semi-staged business that often besets such presentations. (That is being saved for the beach.) On the other hand the weeks of rehearsal had certainly paid off as everyone, soloist or chorister, sang from memory and presented a fully-rounded character. Foremost among them were three outstanding principals whose grip on the score – and therefore on the audience – was absolute.

Both physically and vocally the excellent David Kempster was a bluff and burly Captain Balstrode, warmly sympathetic and exuding an integrity shared by few other residents of “The Borough” with the exception of Ellen Orford. Giselle Allen’s performance as the widowed schoolmistress was astonishing for its heartfelt engagement and her sheer rightness for the part. Allen, who was so impressive as Miss Jessel in Glyndebourne’s 2011 staging of The Turn of the Screw, is prodigiously talented, and her dramatic soprano timbre – full-toned without being too heavy – is ideal for this repertoire. Her a cappella duet with Alan Oke’s Peter at the end of the ‘Prologue’ was electric. 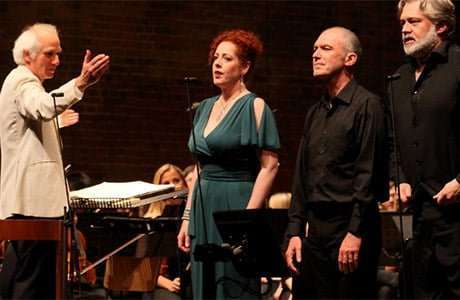 Oke, who until recently was still singing Bob Boles (for The Royal Opera in 2011), here made his debut as Grimes. It was a triumph. One might wish for a truer pianissmo at “In dreams I’ve built myself some kindlier home”, but in every other respect his interpretation was extraordinary. With his wiry fame and his pent-up fury and bafflement he reclaimed the title-role for the voice-type Britten originally had in mind. Wagnerian lions like Ben Heppner and Stuart Skelton may indeed be outstanding in the part, but to witness Oke in Grimes’s third-Act ‘mad scene’ was a shattering experience: it was as if Britten’s foghorn were sounding an alarm for the miasma of a broken mind, and when Oke set his gaunt face into a scowl you’d believe him capable of anything.

In a supporting cast with no weak links, Catherine Wyn-Rogers and Christopher Gillett both have long associations with this opera and their performances were especially well-defined. Robert Murray (Bob Boles), Henry Waddington (Swallow) and Stephen Richardson (Hobson) were equally assured, and Gaynor Keeble’s Auntie had a splendidly petulant pair of Nieces in Alexandra Hutton and Charmian Bedford. Charles Rice was a nicely slimy Ned Keene, the dubious apothecary.

This opera would be too big for a staging inside The Maltings, but even as a concert experience there were times when the building felt ready to burst at the seams from sonic overload. The great climactic ensemble at the end of Act Two sizzled with heat. Steuart Bedford had at his disposal a chorus of professional (or near-pro) singers from both Opera North and the Guildhall School of Music, together with sixty-five gifted young players affiliated to the Britten-Pears Orchestra, and they didn’t hold back. A conductor who has been mystifyingly underrated in recent times, Bedford’s long-standing affinity with Britten’s music was evident in every bar. He populated the opera’s epic canvas with believable personality and evocative textures, and he led the youthful musicians with tremendous authority and heart.

This outstanding version of Peter Grimes will be available from Monday 17 June to be bought online from the Aldeburgh Festival’s website for only £12.50. A wider distribution may follow, but while it’s available it should not be missed.