“The legendary Alfred Brendel makes a welcome return to Wigmore Hall with a series of lectures exploring the last Sonatas of Schubert and Beethoven, as well as the life and works of Mozart.” [Wigmore Hall website] 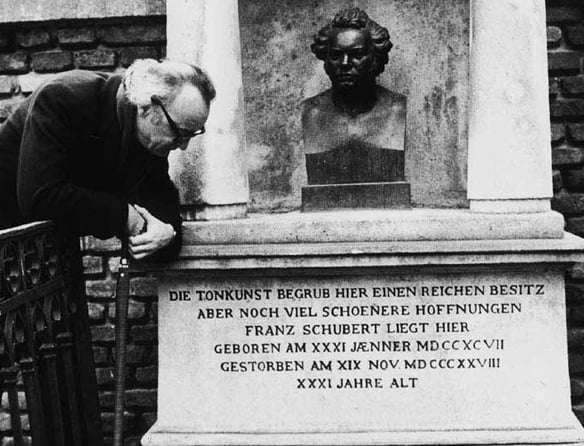 Retired for several years from playing the piano publicly and for recordings, Brendel delivered for just over an hour, subtly and suitably amplified. He was engaging and informative, and given cameras were discreetly present (although I have no idea how any resulting film will be made available), then I propose giving only a précis of the ground covered by this great musician.

Brendel, welcomed warmly by a sell-out house, set the opening of his talk in 1928, the centenary of Schubert’s early death at the age of thirty-one. At the time his Piano Sonatas were neglected, even by the most celebrated pianists of that era – Godowsky was one of several mentioned for whom these works were of no consequence – yet there was another camp of luminaries who found favour with Schubert’s music, such as Schoenberg, Artur Schnabel and Eduard Erdmann. For some Schubert’s music was considered too Classical, for others it was not Classical enough. Brendel, as dryly witty as ever, was humorously dismissive of Lilac Time, an operetta with Richard Tauber as the composer – “it took years to erase it from the memory.” 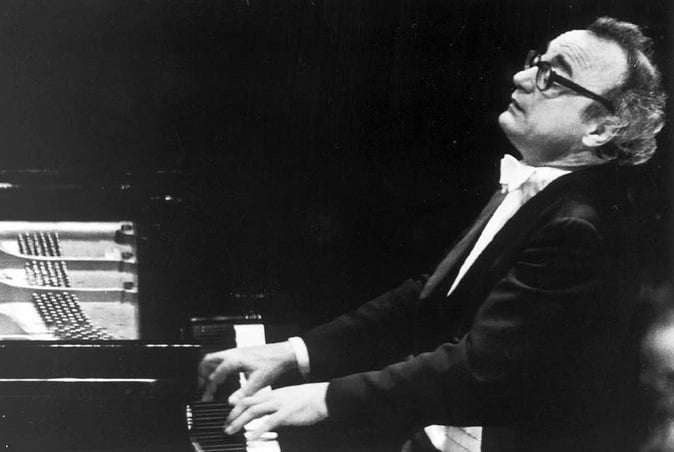 A seriously-ailing Schubert composed what turned out to be his final Piano Sonatas between May and September 1828. Brendel has no doubt that the three pieces are a “family” and that Schubert himself was a “wanderer … an explorer of musical fever.” Brendel looked first at D960, Schubert’s ultimate Sonata, and discussed the Molto moderato tempo marking, turning to the piano to parody a too slow, foursquare approach. When he played it ‘his way’ the music flowed and sang, and Brendel has lost none of pianistic skill or interpretative insights. He challenges Robert Schumann’s assertion that the music “ripples along … not even from him will I accept that.”

In discussing whether exposition repeats should be made, or not, Brendel cited Dvořák, who knew Schubert’s Symphonies and admired them but felt there was no need to make them longer than they need be. Anyone familiar with Brendel’s Philips (now Decca) recordings of Schubert will know that he revised his thinking regarding repetition in the first movement of D958, latterly observing the repeat, but not (never) in the subsequent two Sonatas.

In terms of other musical examples that he played live, Brendel demonstrated how the opening of the C-minor Sonata is influenced by Beethoven’s same-key Variations, and recorded illustrations (no doubt from his own versions) embraced the whole of the solitary and stormy slow movement of D959 and, from The Farewell Concerts album (hence the clapping, which Brendel wanted faded immediately), the Finale of D960, which mirrors, in Brendel’s opinion, the saying: “life is hopeless but not serious.”

Brendel finds many connections between the Sonatas and numerous contrasts within them – “passionate, icy, neurotic” (D958) – and, in the slow movement of that work, orchestral colours such as viola and cello are suggested, and there are luminous facets of D959.

With apologies for any errors and – certainly omissions – from the above, I hope Wigmore Hall will be sharing Brendel’s deliberations in due course. His lifetime’s devotion to music shone through here with undimmed fecundity and he had much to enlighten us with. Future engagements at this address include Brendel’s discussions of Beethoven and then Mozart.