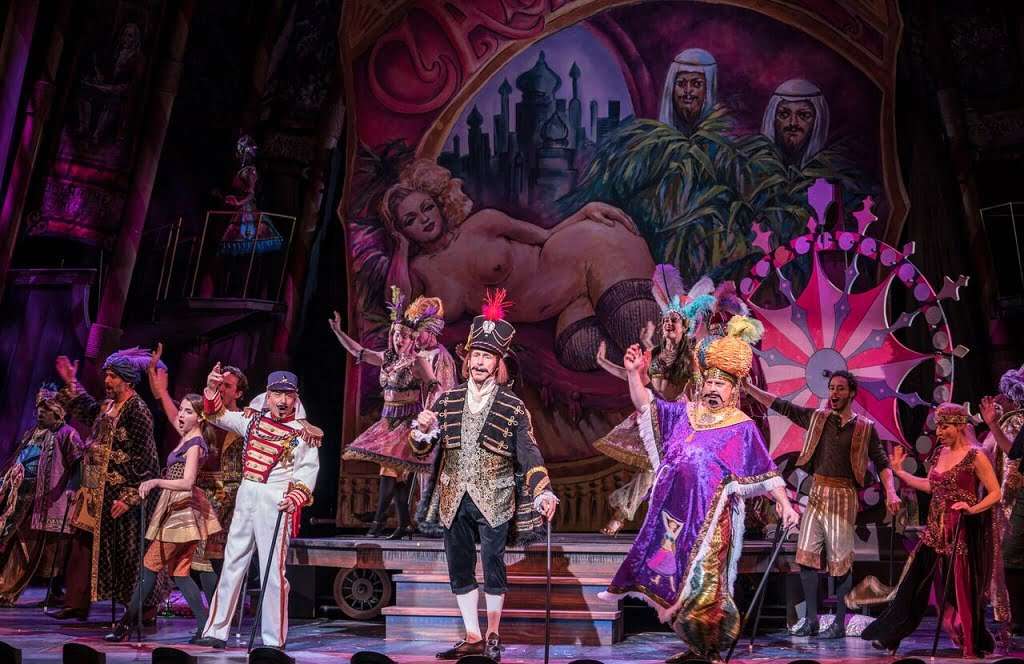 When New York City Opera closed its doors in 2013, it was clear that years of poor management and declining artistic standards were finally too much for the once-vibrant institution to handle; however, following executive changes and an injection of fresh perspective, the company presents a witty production of Leonard Bernstein’s Candide that should renew hope in NYCO’s future.

A considerable wealth of star power helped launch this staging, most notably the direction of Broadway legend Harold ‘Hal’ Prince. In 1982, Prince crafted a new performing edition of the operetta, and while this current outing is touted as “new” it is, for the most part, a re-working. With a reconstruction of Clarke Dunham’s vivid scenery, Prince sets the story under the big top of a traveling theater troupe and painted backdrops of various sizes fly in and out to evoke different locales. Not only is Prince’s blocking inventive and engaging, but his pacing is impeccable, seamlessly transitioning between each scene. 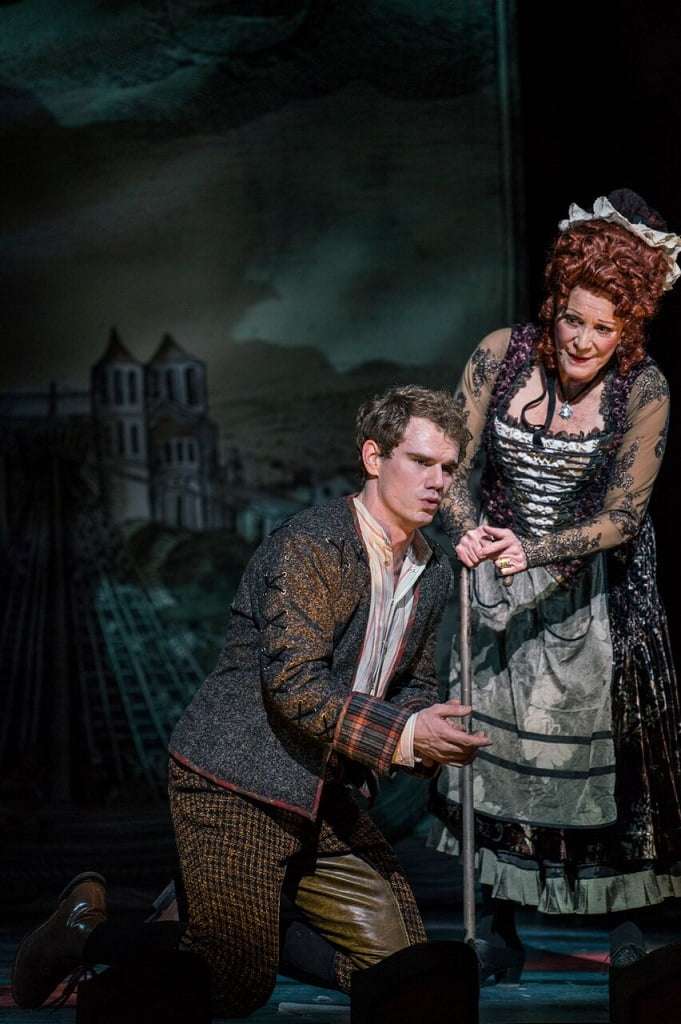 Much of the cast is comprised of heavyweights from nearby Broadway. Four-time Tony Award nominee Gregg Edelman masterfully tackles his many roles, singing with a light baritone and delivering his spoken lines with honed comic timing.

Jay Armstrong Johnson’s bright, focused timbre would likely work well in a purely musical-theatre setting, but here it proved too small to handle the operatic dimensions of the title role. Still, Johnson brought endearing, gentle warmth to his portrayal of the naïve youth.

As Cunegonde, Meghan Picerno sings with a sparkling soprano and unceasing energy. Her manically exuberant ‘Glitter and Be Gay’, capped with a fearless high E-flat, brought the house down.

Linda Lavin, though not the strongest singer, drew us in as a spry, slightly-irreverent Old Lady. Keith Phares brought a robust baritone to the narcissistic Maximilian while Jessica Tyler Wright’s saucy Paquette sang with an alluring chest voice.

Veteran actors Chip Zien and Brooks Ashmanskas brilliantly tackled their many outlandish characters, and Charles Prince led a buoyant outing of a score that teems with melody.

New York City Opera has assembled a strong ensemble of young singers to inhabit the many supporting roles and perform the numerous choral numbers. Together with the principals they offer a haltingly beautiful rendition of the transcendent ‘Make Our Garden Grow’.