This recital of music for string sextet reminded me of the anecdote about an opera diva (Montserrat Caballé?) who turned up for the famous Luchino Visconti black-and-white La traviata and announced ‘I wear blue’. There was never any doubt that the American cellist Alisa Weilerstein was first among the superb Trondheim Soloists equals, and while her impulsive, hair-tossing style might whip up tension with an orchestra, or enhance, according to taste, the allure of her unaccompanied work, here it was distracting and contrived. It also worked against Richard Strauss’s Capriccio Sextet, which, even when uncoupled from its opera, still remains allusive rather than a stand-alone entity. Her emphatic signallings of tempo upped the pressure, with some alarming swerves of rubato, and, crucially, tried to turn it into a full-blown late-romantic statement, not the classical pastiche Strauss intended. Strauss, moreover, was very attentive to the contrapuntal voice-leading, which is not the same as giving individual players their soloist moments in the sun, when you couldn’t ignore Weilerstein’s oddly compressed and wiry tone. 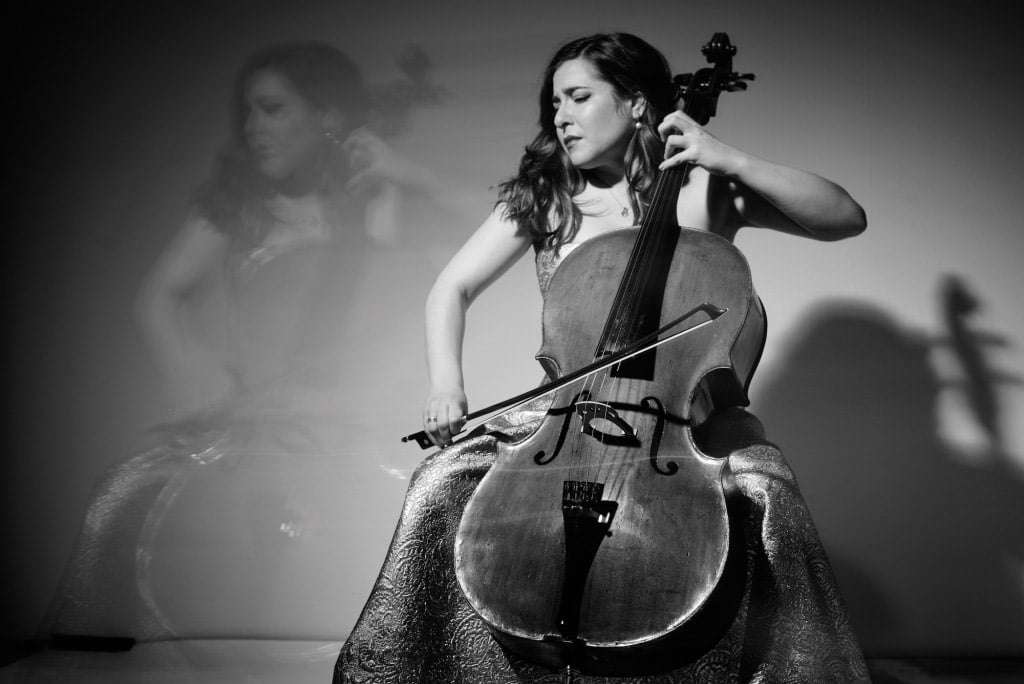 The Trondheim Soloists had an innate understanding of how this piece goes, backing up their star cellist with a beautifully layered and adaptive sound, which they deployed in the loveliest and quietest coda to Arnold Schoenberg’s Verklärte Nacht I have heard in a long time, with everyone one the edge of a magical, etiolated tone. It must be such a temptation to go for broke in Schoenberg’s astonishing expressionist tone-poem – of the two lovers walking in the forest at night, she telling him she is pregnant by another man, her admission leading to the transfigured resolution of the title, after much white-hot contrapuntal discourse. Weilerstein was aware of the temptation as she exerted control over tempo and mood, and was very keen on rushing the big climaxes, but she was bound to a certain extent by Schoenberg’s orchestral tremolandos and other effects. The lead violin Geir Inge Lotsberg, who had been properly sweet-toned and lyrical in the Strauss, seized the moment in the hysterical dialogue with Weilerstein’s cello, brilliantly imagined by both players, and the Trondheim cellist Cecilie Koch really hit the spot in the wonderful flare of D major (where the man reassures the woman that all will be well), Koch incidentally keeping a watchful, unobtrusive eye on ensemble.

Tchaikovsky’s Souvenir de Florence translates into string orchestra more successfully than Verklärte Nacht, the latter losing some of its vital impetuosity in the process, and this performance was sonorously orchestral, cohesive in sound and texture. Weilerstein flourished in the cello solo at the end of the first movement, as did the lead violin in the Adagio, against elegant and accurate pizzicatos, as did Froydis de Damas’s viola in the Intermezzo-like third movement. The clapping between movements was a chamber-music first for me. The concert as a whole had a strange dynamic to it, as though the Trondheim players were ceding the illusion of control to Weilerstein, and her me-me-me style encouraged me to reflect glumly that it is one people increasingly respond to. But then, with soloists, it was ever thus.