It is often the case that programmes by young musicians are more interesting and more important than those offered by older, more established, artists. The truth of that statement was made manifest by this recital by three exceptionally gifted young professionals, who between them have garnered a clutch of important international prizes. 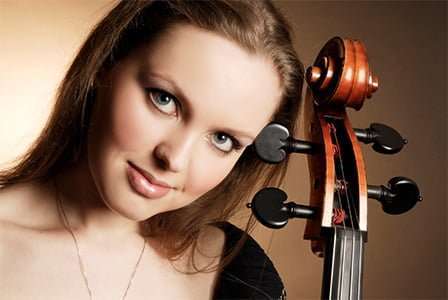 Soviet music (that is, written in Russia and its satellites between 1919 and 1989) is, for those who have taken the trouble to investigate it, not invariably expressive of either empty blustering rodomontade or emotional sentimentality, as these four works individually demonstrate. They are all, each in their own way, quite masterly compositions, and were performed with total conviction and understanding such as raised Shostakovich’s Piano Trio No.1 to a much higher artistic level than some of the (admittedly infrequent) performances and recordings have suggested. It was first published after the composer’s death (the original manuscript was lost, and in the brief concluding section the piano part was conjecturally completed by Tishchenko). Shostakovich was only 16 or 17 when he wrote this work, but it already has an individual voice – not least in the treatment and expansion of the material. Most commentators incline to the view that the work would hardly be heard at all if it were not by the teenaged genius – pre-First Symphony (that total masterpiece was to come about 18 months later) – but such views, if taken seriously, would have been made by commentators not present on this occasion. For these Armenian-Russian musicians played the work for all it is worth, revealing it to be a tightly-constructed 14-minute movement in the great Russian tradition of piano trios, a compelling score of distinctive invention that received a revelatory performance. 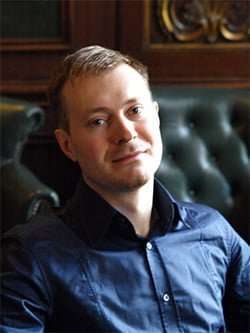 If the performance of Shostakovich’s Opus 8 was a surprise, we were in for more: the UK premiere, no less, of a late (1947) Violin Sonata by Miaskovsky. This 25-minute, two-movement piece is made up of a discursive Allegro animato with contrasting paragraphs followed by a Theme and Variations: Andante con moto e molto cantabile. It is a masterly score, structurally quite unlike Miaskovsky’s concurrent symphonic writing, superbly structured and laid out for the instruments. As a work of art, Miaskovsky’s Violin Sonata is a total success: superior, in terms of compositional achievement, to Prokofiev’s Second such work of 1942. Why, then, has it taken 65 years to arrive at these shores? The answer is manifold: the notorious Zhdanov Decree of early 1948 which cast the unrepentant composer into the shadows, Miaskovsky’s death in 1950 (not rehabilitated at that time) and the Sonata being written in a musical language which would not have posed too many problems to Brahms, Grieg, or Tchaikovsky. We ought not to be talking fashion here, but artistic quality, and there could surely be little doubt that – in a performance as good as this, and on the composer’s own terms – Miaskovsky’s Violin Sonata comes across as a significant contribution to the repertoire. Outstandingly well written for both instruments, the composer was honoured by a performance from Ani Karapetyan of exceptional quality, splendidly partnered by Mikhail Shilyaev: this work demands recording by these artists, and soon.

Nikolai Roslavets’s First Sonata for Cello and Piano, composed 26 years before the Miaskovsky, is a world-away in musical language. ‘Post-Scriabin’ may do to describe it, for this deeply passionate and astonishingly powerful composition has an emotional intensity which carries all before it, impressive in its artistic consistency and in its relationship to the implied tonic E minor. Alisa Liubarskaya was as convincing here as Karapetyan had been in the Miaskovsky, and the fearsome piano part held no terrors for Shilyaev.

The most-familiar work – and undoubtedly the greatest – was Shostakovich’s mature Second Piano Trio of 1944, causing one to congratulate the artists’ decision to plan the programme around these two very different but entirely representative works. The hair-raising opening solo cello harmonics were not flawless, but the succeeding account was as it should be: gripping, involving and given with a total musical intensity that was deeply impressive.