Stravinsky
Apollon musagète [1947 revision]
Oedipus Rex – an opera-oratorio in two acts to a text by Jean Cocteau [narration in French & sung in Latin, with English surtitles]

Gentlemen of the Monteverdi Choir 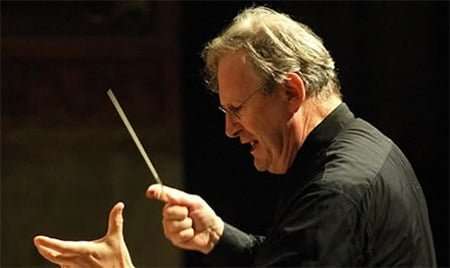 The birthday itself was on April 20. Fresh from performances of this programme in Brussels and Paris, with Cologne to come, a lean and energetic Sir John Eliot Gardiner led (continued to lead) the LSO in stunning Stravinsky performances. Although it would be easy to typecast Sir John Eliot for baroque, classical and revolutionary romantic repertoire, he is no stranger to music from the twentieth-century – Bartók, Debussy, Ravel and Walton, for example – and Stravinsky has previously loomed large in his concert and recording schedule. Think of this composer and the recently late Sir Colin Davis comes to mind, so it was good to read a well-observed tribute from Sir John Eliot to Sir Colin.

These two Stravinsky works may be contemporaneous but they are poles-apart different, each a masterpiece, like so much of this composer’s output. The ballet score of Apollon musagète (1928) is cool in its beauty (heard here in the slightly longer – due to added repeats – revision of 1947). Gardiner arranged Stravinsky’s designated number of string-players in an unusual configuration: an outside semi-circle of standing violinists – the mid-point being between first and seconds – and, inside, seated cellists and violists, with the four double bassists at the rear. Certainly the sound was 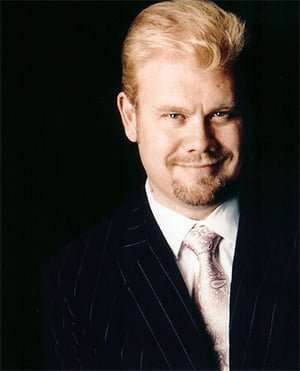 well-balanced, the performance robust and vibrant, the spirit of dance always present. Leader Tomo Keller made much of the violin solos, sometimes in duet with David Alberman. Gardiner’s conducting was revealing – the Tchaikovsky connections in ‘Apollon et les trois muses’ were particularly pronounced, and ‘Variation d’Apollon’ was expressive and eloquent. The succeeding ‘Pas de deux’ (mutes on) was withdrawn and crepuscular. In a rendition buzzing and seductive by turns, the faster numbers were incisive and vivid. The closing ‘Apothéose’ was deeply felt, and in Gardiner’s expansive reading a line seemed thrown back to the ‘Funeral March’ of the ‘Eroica’ Symphony. (We never stop learning.) 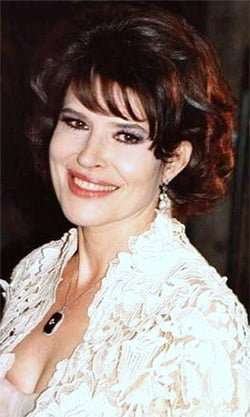 Oedipus Rex (1927) – performed in its original languages – was a very different (Sophocles) story, literally. The gents of the Monteverdi Choir were white-faced with mutton-chop sideburns, and the solo singers were also Max-Factored. The moody shadowy lighting was perfect as were the comings and goings of the main singers. Fanny Ardant (the French actress perhaps most associated with the films of Truffaut) was an excellent narrator in what is usually a male preserve; she was attractively husky of voice and her native French carried an ideal balance of story-telling and impartiality; furthermore, although amplified, this was done just enough so that she was heard properly from her backwards position (placed with the percussion) without domination or harshness.

Of the soloists, Stuart Skelton presented Oedipus as well-intentioned if naive, and he was vocally magnificent and unstinting even as the snare tightened and fateful riddles won. Gidon Saks was similarly bravura. Jennifer Johnston proved to be an imperious and scornful Jocasta. The other soloists came from the Monteverdi Choir, David Shipley a particularly impressive Tiresias. All proved to be Latin scholars. English surtitles, in green – good choice – proved invaluable.

Stravinsky’s music ensnares, too, monumental, powerful, and objectively impassioned. The Monteverdi Choir members well placed at the front, stage left, and were thrillingly immediate (if not without the odd balance problem with the orchestra) and absolutely precise as well as suitably raucous in the football-crowd-like chants (that’s just a reference!), Gardiner repeating the chorus that ends Act One to begin Act Two (not always done), which was effective.

In a nutshell, this was a dramatic and compelling performance – more opera than oratorio – that found the LSO in blistering (brilliant brass) and sensitive form. Gardiner conducted with clarity and dynamism that was totally at one with Stravinsky’s idiom. At the close of this hallowed work we were plunged into darkness; there was just enough light to see the conductor’s baton remain raised; silence ensued until he lowered it: a mark of a performance appreciated as outstanding. The LSO did Sir John Eliot proud, and he in turn produced a wholeness of approach and memorable insights into these works of genius.