Schubert
Sonatina in D for Violin and Piano, D384
Auf dem Strom, D943
Sonata in A minor for Arpeggione and Piano, D821
Beethoven
Piano Trio in B flat, Op.97 (Archduke) 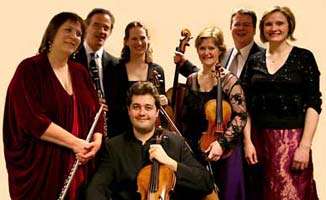 This was the opening concert of “Around Schubert” – a series of seven Nash Ensemble concerts at Wigmore Hall. The hall was packed. The evening was dulcet and tuneful – therein, very possibly, lay the concert’s attraction.

Rather more surprisingly, Auf dem Strom (from Schubert’s last year of life, aged 31), rang out sweetly, too. Schubert offered the choice of cello or horn to ‘sing’ in tandem with the tenor, to rippling accompaniment from a discreet piano. (I incline towards the horn for this work, as did Schubert for the first performance.)

Ludwig Rellstab’s poem is gustily doleful – ‘On the Mighty River’s Powerful Surge’ is a possible, free translation. It traces a poet’s bewailing sensibility as a vessel bears him over water, having kissed his beloved goodbye. Not so the performance. John Mark Ainsley sang in an even, sweet tone, rather carefully and remotely. Paul Watkins’s cello, likewise, was smooth, sweet-toned and somewhat distant. Their performance, beautifully and skilfully blended, aptly matched the programme note’s English title – “On the Stream”.

The sonata for the defunct arpeggione, here cello, is an extrovert, rumbustuous and rollicking affair – very jolly, suited to street performance. (Schubert’s commission was to show off a 6-stringed guitar-like instrument played with a bow, producing arpeggios of great flourish.) It never sounds appropriate to the cello. As before, Watkins produced a lively, sweet tone – soft-grained and engaging, more suited to the salon than the street. 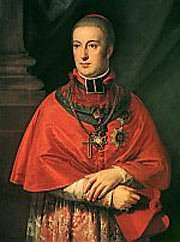 Lastly, we come to what turned out to be, in a manner of speaking, a fourth work by Schubert. It happened to be Beethoven’s ‘Archduke’ Trio. Nevertheless the performance, and interpretation, blended in cosily with the Schubert works.

This ‘Archduke’ was sunny and genial. It was also relaxed, like Schubert at his most convivial. The opening theme was deliberately a little slack rhythmically – laid-back rather than incisive. The ensuing snatch of dialogue between cello and violin was chatter in the open air. Ian Brown – generally disinclined towards rubato – gently caressed some of the melody’s tripping notes rather longer than he did others. The movement had ‘heavenly length’ . The scherzo was amiable, too – though the trio hinted at an alert musical mind toying with slightly darker options. The Variations had a ravishing, sensuous gravity. The minor-key variation came over very well, however – delicate, with a little mystery. The finale skipped happily and adroitly that accelerated merrily towards a boisterous close. I felt a sense of aliveness and glow, reminding of Schubert’s ‘Trout’ Quintet.

I also recalled an ‘Archduke’ of just two days before – from the London Mozart Trio at The Red Hedgehog. That performance was challenging, authoritative and magisterial. There, unequivocally, the composer was Beethoven.