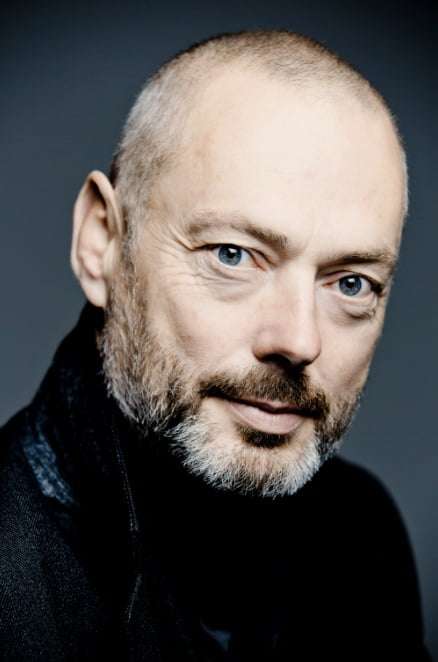 You might have thought that performances of J. S. Bach’s Passions had enough to do balancing the layers of St John’s or St Matthew’s vivid versions of the story, highly subjective meditative arias and consolatory Lutheran chorales into a whole without adding further elements, such as a full staging or, as with this St John Passion from the Britten Sinfonia, offering a modern nod to performance practices of nearly three-hundred years ago, when the singing of the Passion was part of a much longer liturgy. Thus, instead of a sermon between Parts 1 and 2, Simon Russell Beale read extracts from T. S. Eliot’s salvation-seeking poem Ash-Wednesday and, after the scourging of Christ, the Passion-prophetic Psalm 22, “My God, my God, why hast though forsaken me?”, and then, after the closing chorale, choir and orchestra sang the motet Ecce quomodo moritur Justus (Behold how the righteous man dies) by the Renaissance Slovenian composer Jacob Handl. Handl was Catholic, Bach Protestant, Eliot Anglo-Catholic and the Psalm Jewish, so you couldn’t fault the presentation’s ecumenism.

As each member of the twelve-strong Britten Sinfonia Voices randomly, separately and solemnly stood up during the Sinfonia to the opening chorus – to register their individual involvement, perhaps? – I thought we were in for a heavily and emotionally contrived semi-staging, but mercifully, after that dalliance with arty reality outreach, the only other motions were when singers came to the front for their arias. With all the named characters – Christ, Pilate, Peter – being sung from the choir, this was very much a collective account, with Mark Padmore’s Evangelist, in the absence of a conductor, defining its style and temperature.

Padmore continues to be extraordinary in this role, one of the great matches for Bach’s unassailable humanity. The top of his voice has an expressive volatility and he colours the text with unstinting imagination – the anguish he brought to Peter weeping bitterly and Christ’s scourging was unforgettable and his fielding of the dialogue between Christ and Pilate added immeasurably to its potency.

Tim Dickinson’s Christus was rather anonymous, without that gathering sense of the Saviour’s withdrawal from this life, but the character of his voice became clear in his beautifully sung ‘Mein teurer Heiland’ (which, since it comes just after Christ has died, appeared to fast-forward the Resurrection). Eamonn Dougan, the masterly and discreet director of the Britten Sinfonia Voices, gave Pilate his due weight in the drama, making that very modern character seem even more compromised, reasonable and compassionate, and his ghostly aria with choir ‘Eilt, ihr angefochtnen Seelen’ was very effective. The high-voice arias (there was no countertenor), from Zoe Brookshaw, Elinor Rolfe-Johnson, Ciara Hendrick and Eleanor Minney, included a limpid ‘Zerfliesse’ from Rolfe-Johnson and a beautifully sustained ‘Es ist vollbracht’ from Minney.

The choir as a whole reacted nimbly to the text and reserved a warmth and depth for the chorales, and the Britten Sinfonia, as well as supplying a host of strongly realised obbligatos, was on characteristic, dynamic form, with a firm sense of pulse and direction. As a result of the chemistry between Duggan, Padmore and Jacqueline Shave, the ensemble was very tight and fluid.

Simon Russell Beale’s decisive readings rendered things over-explicit, but they didn’t get in the way of this intimate, energised Good Friday offering.