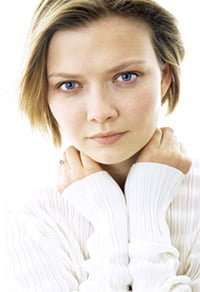 Few concerts trace a line through a millennium of musical history, and we’re the poorer for that. Britten Sinfonia’s Baltic Nights programme followed that route from thirteenth-century Paris to modern Latvia, stopping off en route at the door of J. S. Bach.

It’s startling to note how much time separated Pérotin and Bach, considering that for many regular concertgoers, Bach counts as ‘early’. But almost five centuries divided them and placing their music together here rendered the contrast between their musical grammars all the more striking. So much of what we associate with the tonal vernacular stems from Bach and his eighteenth-century contemporaries; Pérotin, active in the thirteenth, stood at the dawn of polyphony, and what an alien idea of harmony it is. Members of Britten Sinfonia Voices sang from the Barbican Hall’s Circle, giving an extract from Pérotin’s Viderunt Omnes. This music trips and tumbles with rhythmic complexity, sounding like some twentieth-century’s experimenter’s off-the-wall way with familiar ingredients. Cadences operate differently and the flow of logic is totally at odds with our preconceptions – and very refreshing to hear it.

Not that Johann Sebastian Bach lacked freshness, for all his familiarity. Alina Ibragimova joined Britten Sinfonia in his A minor Violin Concerto, which has a way of grabbing listeners by the scruff-of the-neck and barely letting go, and Ibragimova’s swift performance only upped its thrusting charge of the work. She played with uncompromising adherence to ‘period’ practice, producing a glassy sound that was matched by her one-to-a-part band of supporting musicians. A few fumbled high notes couldn’t distract from the overall vitality.

Britten Sinfonia Voices’ rendition of Bach’s Komm, Jesu, Komm basked in transparent splendour, with the eight singers and three continuo players opening up texture to give weight and clarity. A few blemishes showed through in the tricky corners, but this ensemble worked very well in the Barbican Hall’s relatively dry acoustic, transmitting the cleansing seriousness of Bach’s funeral motet.

We now celebrate Bach for his total mastery of the tools of music, but it was the church – most notably the Thomaskirche in Leipzig – that kept him in employment and for whom he channelled his musical powers. Religion has now been sidelined to an extent that makes it difficult to imagine the once all-encompassing reach of the church, but the music of two Latvian composers granted this concert a contemporary model of the conjunction of faith and music. Ēriks Ešenvalds’s AQUA combines ten vocalists with string orchestra in a setting of the text “Domine, si tu es, jube me venire ad te super aquas” (Lord, if it be thou, bid me come unto thee upon the water). The water reference is represented visually and acoustically by filled wine-glasses, held by each singer and, when circled with a moist finger, adding up to a precisely tuned chord. Ešenvalds makes perhaps a little too much of this trick, as good as it is, but his piece has an impressive lyrical flow. Its recourse, though, to consoling tonality runs perilously close to maudlin slush.

Pēteris Vasks’s music occupies a similar position, albeit with a vein of starkness absent from Ešenvalds’s piece. His ‘Distant Light’ violin concerto presses the button marked “spiritual angst” quite effectively, but for all its sincerity, feels hamstrung by the chunkiness of its transitions. Ibragimova gave it the very best performance its composer could have wished for (he was present), directing the ensemble of strings while burrowing deep into its heartfelt expressive core with an unyielding intensity that marks her out as one of the most powerfully persuasive violinists. It left me only intermittently touched and I’m unable to shake off the feeling that Arvo Pärt does this sort of thing better.