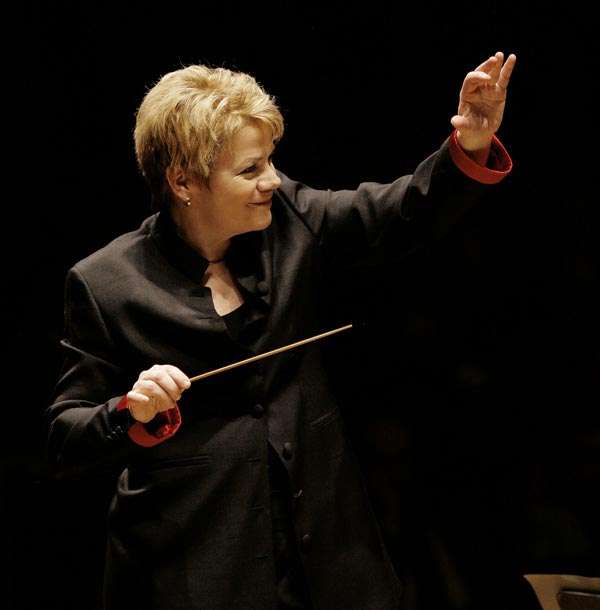 To celebrate two milestones, Baltimore Symphony 100 and Carnegie Hall 125, Kevin Puts, whose opera Silent Night won a Pulitzer Prize in 2012, has collaborated with filmmaker James Bartolomeo, and composed a tone-poem that combines motoric rhythms with rhapsodic lyricism set to a visual panorama of Baltimore – its monuments, buildings, waterfront, and bustling scenes with a fascinating array of street performers. The city’s early history is presented in photographs, and there is also the horror of the Baltimore riots, their brutality and destruction.

More than musical accompaniment, Puts’s score could easily stand alone, its rhythms enlivened by richly-textured polyphony and the sheer beauty of its melodic material do not require visuals. The film itself, with the addition of a narrator, would provide a well-made documentary about Baltimore. Although the combination of visual and musical material should be mutually beneficial, here they sometimes seemed disconnected, slow-moving scenes set to rapidly paced music and vice versa. The images and music worked well together during the sequences devoted to insurrection, celebrating the coming-together of people to repair damage and rejuvenate relationships. The Baltimore Symphony Orchestra played this complex music with commitment and devotion, energized by the vitality and persuasive advocacy of Marin Alsop.

But the Mahler Fifth was the highlight. After a rocky start, the principal trumpeter having some difficulty and the rising figure into the beginning of each statement of the funeral-march subjected to an excessively maudlin hesitation, Alsop got on-track by pounding vigorously into the wild raging of the central flare-up. Some glitches in the woodwinds later in the movement notwithstanding, Alsop stuck to a moderately conservative reading. With the stormy second movement, Alsop raised the level of power and intensity a few notches, during which the return of the funeral-march shed its bittersweet character and became rather willful. When vehemence is reinstated, Alsop set it aflame with burning passion. Her approach to the chorale was duly majestic and spacious, fortified by blazoning brass.

The middle movement, a swipe at Viennese cosmopolitanism, can be severely debilitated if paced too sluggishly. As a substantial Scherzo (usually about 18 minutes), a super dosage of ländlers and waltzes can be wearing. Alsop established a lively tempo and stuck to it, refreshing the dances and heightening the sense of carefree abandon.

It was the two remaining movements that firmly established Alsop as a Mahler-conductor of note. Her reading of the Adagietto (strings and harp) was near-perfection, and lasted nine minutes. Setting a moderately slow tempo, she urged the players to ardor, the music reaching its height in a wonderful climax. Her avoidance of laboriously stretched phrasing communicated deeply felt emotion. Her handling of the closing measures was superb, following Mahler’s directions to the letter.

Most impressive was the tempo Alsop set for the Finale. After the perky introduction, she quickly established a lively pace, sometimes conducting the duple meter in one beat to the bar. Consequently, the atmosphere was jubilant and effervescent, overflowing with the joy of newly-discovered love. The reappearance of the chorale overwhelms with confidence and grandeur and Alsop drove the closing section to a frenzy of exuberance.