“… vocal ensemble Gallicantus perform ‘Queen Mary’s Big Belly’, a programme of music associated with the time of Mary Tudor and hopes for a Catholic heir to the English throne. The composers include Mundy, Tye, Newman, Tallis and Sheppard.” [BBC Radio 3 website] 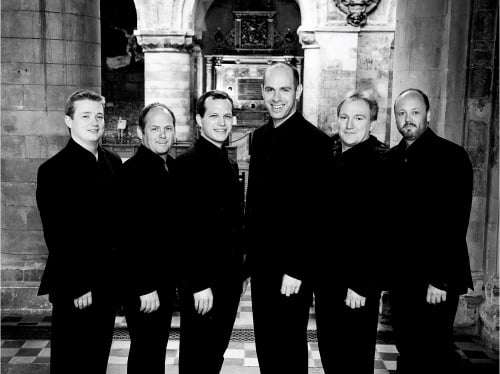 It’s all too easy for the non-specialist to mentally place music of the Renaissance and earlier into a kind of generic Merrie England without much regard for the specifics – so it was a terrific idea for Gallicantus to build this Wigmore Hall recital around a particular event, Mary Tudor’s anticipation of an heir. Mary was disappointed, her pregnancy illusory, but there was exceptionally little to dissatisfy in this intelligently programmed and meticulously sung concert, much of it drawn from Gallicantus’s “Queen Mary’s Big Belly” Signum recording.

The direct relationship of the music to Mary was brought home by a polyphonic setting of the Sarum Litany which evidence suggests was sung on behalf of the Queen to protect her unborn offspring. Such a liturgical to-and-fro of petitions and responses can sometimes come across as bitty, but Gallicantus gave it cohesion matched by beautifully blended tone. Jason Smart recreated the missing countertenor parts to fill in the manuscripts found in London and Paris, and the effect was completely convincing.

The work is not necessarily by Thomas Tallis, although there are certainly similarities; and the musicologist Magnus Williamson has argued that both it and Tallis’s ‘O sacrum convivium’ were probably performed in early-1555 when Mary’s anticipation of bearing a child was at its height. This would date ‘Sacrum’ some years earlier than believed, but its inclusion was another example of Gallicantus’s scholarship, and it was impeccably sung.

Also with resonance was Tallis’s six-part ‘Videte miraculum’, the miracle of the Biblical Mary, and Sheppard’s ‘Vain, vain, all our life we spend in vain’ – contrasting the massive textures of the Tallis and the more delicate Sheppard, with its poignant refrains, perhaps pointing up Mary Tudor’s private tragedy and its broader implications of state.

Toward the end of the recital, Gabriel Crouch was a delightful (and well-enunciated) soloist in Tallis’s ‘Like As the Doleful Dove’. Here as elsewhere, lutenist Elizabeth Kenny accompanied ably; she also contributed an interestingly complex Fansye by Anthony Newman.

It is striking to think that most if not all of the composers here must have been acquainted through the Chapel Royal. That realisation, and the Mary connections, gave this Wigmore event an immediacy which Early Music can lack, conveyed by Gallicantus with technical mastery and attention to every nuance.