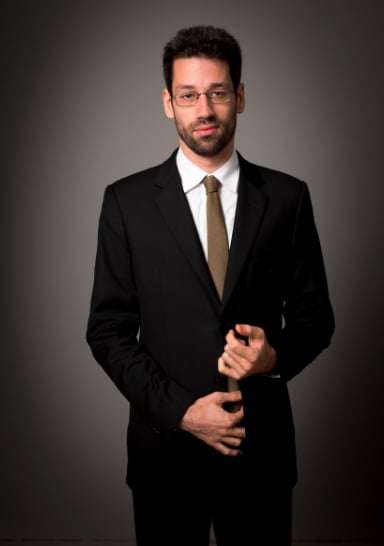 Jonathan Biss disarmingly cuts to the chase when he talks and writes about music, but in this middle, exclusively solo, recital of three, all under the title “Late Style”, there was an odd disjunction between his playing and the music. I’m beginning to think that this idea embracing closure and some sort of artistic synthesis, has anyway become an overworked programming trope, a marker for romanticised denial and evasion of mortality. Does imposing this on Schumann’s Gesänge der Frühe (Songs of Dawn, as Stephen Johnson points out in his programme note, is only half the translation) explain the limpid poise of this late, brief respite from encroaching insanity, or does it just help us get a handle on them and justify Biss’s hallucinatory and very Mahlerian interpretation?

Chopin’s Polonaise-fantaisie reveals the composer exploring possibilities in a way Beethoven would have recognised. Brahms, whose music dominated the recital, best conforms to a very beautiful, regretful process of artistic withdrawal, which, as Biss pointed out, was already present and correct in the slow movement of the Sonata Opus 5.

Paradoxically, though, it was Biss’s objectivity in pieces from the seventh volume of György Kurtág’s Játékok (Games), all of them cryptically short, which somehow froze the evanescent nature of music. In ‘Fugitive thoughts about the Alberti bass’, Biss with the utmost refinement detached that basic compositional tool from its function and atomised it down to its basics. He also intuitively made us hear how this music, though dependent on just one performer, sounds written more at the piano than for it, a topographical rather than technical appraisal of the keyboard.

Biss had mercifully banked down the emotional implications of the Schumann, but opted for an over-gestural account of the Chopin, which sounded like a reduction of an orchestral score, emphasised by some over-luxurious pedalling and an episodic approach at odds with the flow of probably Chopin’s most organic extended work.

Finding the sound too big and generalised, I moved to the back of the hall for the Brahms second half – it was the right decision. After Biss’s impassioned, unforced playing of the early (by some forty years) Sonata’s slow movement, in which he left us in no doubt that it does indeed anticipate the autumnal preoccupations of the composer’s ‘late style’, he moved on to Opuses 118 and 119, Intermezzos beefed up by a Rhapsody and a Ballade. He reversed the order of these Piano Pieces so that his programme would end with the ineffably sad, ‘Dies irae’-based sixth Intermezzo, the one with a middle section summoning up the ghost of the composer’s heroic glory days. Biss, who had judged the impact of Opus 118’s second Intermezzo perfectly, rather overstated the last one’s shroud-like quality, as though he was trying to make the series’ guiding principle stick, and his generous pedalling resulted inevitably in a sameness of sound and loss of detail while blurring Brahms’s carefully crafted perspectives of climax. The bigger, more public pieces showed off the young-man-swagger of Biss’s playing. For his encore he returned to the beginning, the twilit first piece of the Schumann.