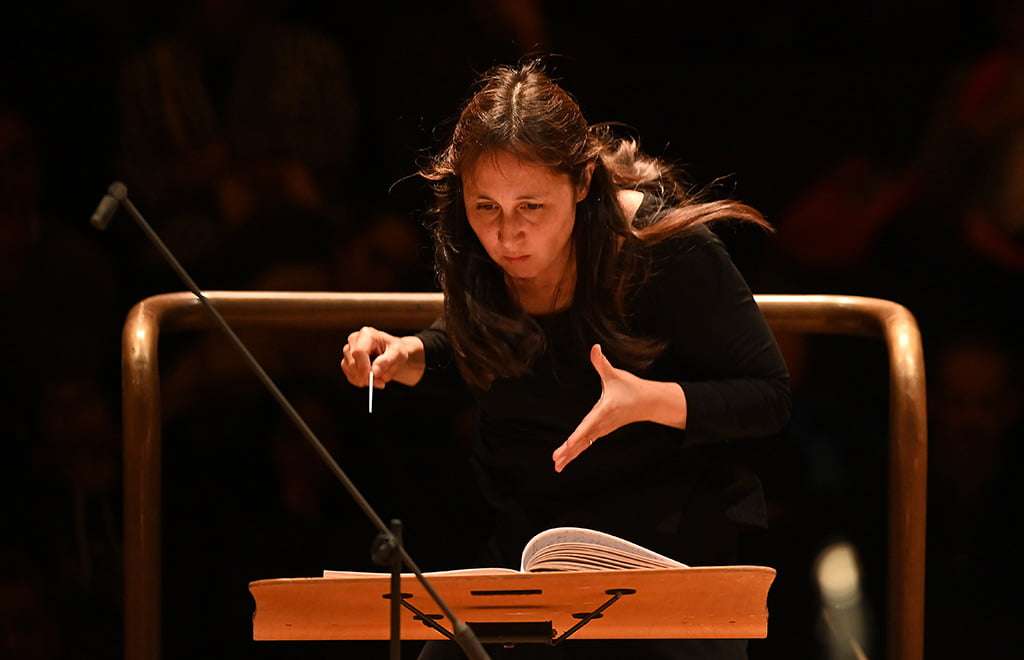 Portuguese conductor Joana Carneiro here made her enterprising debut with the BBC Symphony Orchestra. As a calling card it was ideally suited to this orchestra even if it – sadly – didn’t generate a larger audience.

I’ve not heard much of Augusta Read Thomas of late, but she has been prolific over the pond – her first opera will be staged by Santa Fe later this year – and Carneiro opened with Thomas’s 2010 Radiant Circles, a high-mettle ‘overture’ in all but name, commissioned for the New Haven Symphony, where it was first-conducted by William Boughton. Its opening chimes in a descending pattern instantly reminded me of Star Trek as William Shatner’s Captain Kirk intones the star-date at the start of his diary entries. Later a series of overlapping trumpet fanfares develop which, despite the frequent pounding of timpani, keep the pitch high (a few choir members had their fingers in their ears), building to climax that out-Walton Walton in coronation march mode.

Carneiro’s next UK premiere took us south of the equator for Argentinean-born Osvaldo Golijov’s response to Chilean poet Pablo Neruda’s Cantos ceremonials: an atmospheric seven-movement evocation of the sea goddess Oceana (1996/2004). There are two ‘Calls’ and three ‘Waves’ which collectively build to an ‘Aria’ and a final a cappella ‘Chorale of the Reef’, in which the BBC Symphony Chorus – arranged in lines, basses on the back row, sopranos at the front – ebbed and flowed effectively with entries lapping over each other. Earlier, Nora Fischer (fresh from Louis Andriessen’s The Only One with the Los Angeles Philharmonic) had ululated and scat-sang invocations to the goddess, before, in ‘Aria’, being joined by the Finchley Children’s Music Group. With a variety of Latin American rhythms, Oceana creates its own penumbral soundworld with a string-based orchestra, to which are added three flutes, four percussionists, and a trio of two guitarists and a harpist, which distinctively sets the score in motion. 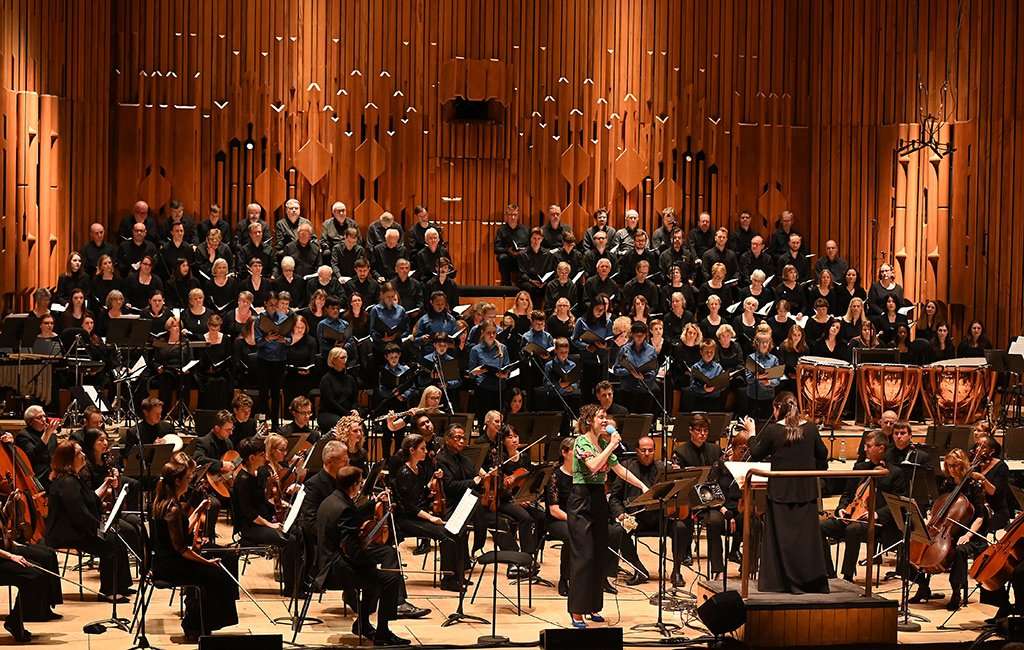 The year after Golijov originally conceived Oceana John Adams started composing Naive and Sentimental Music – another major three-movement orchestral work to complement his anti-Schoenberg triptych Harmonielehre. While I still get muddled about Schiller’s distinction between natural and contrived art, I have long loved this work and, even if Carneiro couldn’t dispel memories of the work’s dedicatee Esa-Pekka Salonen’s epic Proms performance in 2017, this was a satisfying and wholly committed performance by the BBC Symphony Orchestra, now at full strength. The only noticeable instrumental absence was the second guitar from Oceana; everything else was there in abundance, even though Adams opts for the most restrained of starts – guitar strumming to underpin the sinewy flute solo. Similarly so for the slow second movement – an arch that starts and ends with a languorous melody, giving way to Mahlerian angst in the centre – while the final movement is all about the journey, never seeming to get to a melody in its fecundity of rhythmic cells that eventually coalesce into a thrilling, blaring apotheosis, here whipped up to a heady brew by Carneiro: come back soon.