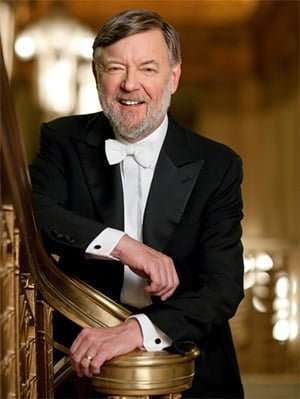 Having performed The Dream of Gerontius a few days previously, Andrew Davis and the BBC Symphony Orchestra followed on with The Apostles (1900-03) the first in a projected trilogy of oratorios in which Elgar would dramatise the development of the early Church (he completed The Kingdom, but never started The Last Judgement).

The Apostles recounts virtually the whole of Jesus’s public ministry, but he remains something of a spiritual, mentoring presence rather than an active figure. Instead, the work hones in on the very fallible and vulnerable beings whom Jesus chose to have about him – including Mary Magdalene as well as the twelve Apostles. The setting is liable, therefore, to become rather episodic, but Davis ensured that this did not happen by moulding the orchestral support as a seamless, symphonic texture. In particular he controlled the transitions between scenes so that the narrative unfolded over a background of often Parsifal-like glow and resignation, a comparative degree of reserve, rather than extrovert passion, being entirely suited to Elgar’s late-Romantic idiom. Moreover an excess of energy – such as in the chorus’s greeting of the dawn, prefaced by the imitation of the Hebrew shofar – had the greater dramatic impact as a result. 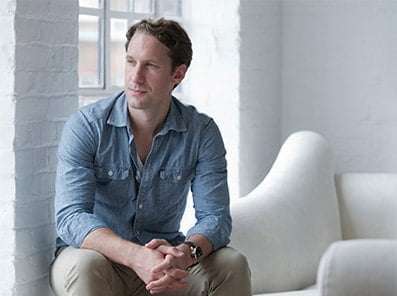 On the whole the vocal soloists maintained this reflection upon the events in Galilee and Jerusalem, rather than a dramatic enactment of them. Paul Groves’s narration was necessarily more direct, however, threading the drama through with urgency and clarity, even if his emphases on some words seemed mannered. In Part Two Elgar switches the descriptive voice to that of a mezzo-soprano; Sarah Connolly assumed this role (in addition to that of Mary) with a similar distance from the main action, yet her singing of the Magdalene was inextricably bound up with the emotions and psychology of this character as she repents her former way of life and attains faith in the Lord’s mercy. The orchestra commented upon her prayer for pity with palpable sighs, bringing together form and expression very satisfyingly as though this were a Wagnerian music-drama.

Jacques Imbrailo’s Jesus was both composed and commanding. Like the still small voice of calm, who quelled the tempest on the Sea of Galilee, Imbrailo did not need to raise his voice in order to sustain nobility of tone. Brindley Sherratt and Gerald Finley were no less outstanding musically as Judas and Peter respectively. But there was a more evident human search on their part, especially in Sherratt’s more declamatory style and in his probing Hamlet-like soliloquy upon the fate of man after Judas betrays Jesus. There was also a wearied maturity in Sherratt’s realisation that reminded of Kurt Moll as Gurnemanz. Similarly torn, Finley conveyed Peter’s snarling anger as he denies that he is one of Jesus’s disciples. As the Angel Gabriel, Nicole Cabell sounded somewhat disengaged, or objective – not inappropriately for a non-human figure. As the Blessed Virgin, though, she could have sounded more sweetly innocent: her voice seemed hindered, coming from the back of the throat rather than projected from the chest.

The BBC Symphony Chorus negotiated its part well, alternating between detachment, then as crowds of people caught up in the action and assemblies of angels. Particularly as the latter the higher voices brought a fresh sonority into the brooding score, not least where they announce the Resurrection. There was clear musical involvement throughout, but very occasionally ensemble was slightly ragged, with a flurry of final consonants on certain words, such as the ‘t’ in “wept bitterly” as the women commented upon Peter’s remorse after denying his Lord.

Andrew Davis’s wonderful marshalling of the extensive forces in this Oratorio fully justified the award of the Elgar Society Medal made to him at the beginning of the concert. So far, we are without him conducting The Kingdom; maybe there’s more, from Kensington Gore.