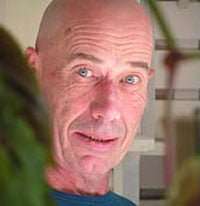 Jonathan Lloyd is nothing if not wacky: an off-the-cuff, lower-case title and a self-interview to serve as a programme note, opportunism and scepticism entwined therein. In homage to Elgar’s Introduction and Allegro, Lloyd (born 1948, given for information only) has also scored old racket for string quartet and string orchestra (his forthcoming new balls – Lloyd is often found playing with these ‘round objects’ on the tennis court – is also supported by the Elgar Bursary and is reserved for woodwinds and brass). So, ‘lucky’ Lloyd is an equal-opportunity employer, if by shifts and with percussionists ostracised. But, maybe they should count their blessings, for old racket, whatever its ancient rimes, barely sustained its required eighteen minutes. The opening promised much, though, suggestive of a hermetic nostalgic regret (orchestra-leader Simon Blendis’s violin solos reminded of ‘Der geigende Eremit’, the first of Max Reger’s wonderful Böcklin tone poems), but the repetitions and returns of this motto soon palled, and the sound of the tuned-a-quartertone-sharper quartet became wearisome, bringing forth an ensemble of eastern gypsies. If there was occasionally some richer polyphony to stimulate the ears and beyond, it wasn’t developed, leaving – despite an obviously fine first performance – fragments alluding to Fantasias by Vaughan Williams (Tallis) and Tippett (Corelli) interspersed with doodles and indulgences. 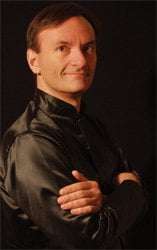 Stephen Hough and Andrew Davis, with this orchestra, recorded both of Brahms’s piano concertos some years ago (and the pianist has recently re-recorded them for a future Hyperion release). A close rapport was evident throughout this magnetic performance of what has been described as “the Eroica of piano concertos” – and Beethoven in person graced the platform – for a considered and spontaneous, even impromptu, reading of one of Brahms’s titanic masterpieces. Davis opened proceedings with purpose and integrity, expressively burdened. Hough was as heroic as necessary, and soulful too, and his sotto voce response to evocative horn calls will long linger in the memory. If there were many thrills, and far fewer spills, such risk-taking was thrilling; and, in the finale, there seemed to be the occasional gauntlet thrown out by Hough that Davis didn’t always catch, but this was live music-making in the best sense. The central slow movement, very spaciously taken, was searching and solemnised, wonderfully moving. (It’s rare that Hough doesn’t play an intriguing encore!)

After the interval and before Tippett 4, but with Beethoven now curiously busted, Sally Groves, Creative Director for Schott Music, was presented with the biannual Leslie Boosey Award – a superb bronze eagle sculpted by Elisabeth Frink – for furthering the cause of new music. Andrew Davis did the honours. The citation, as read by the conductor, is as follows:

A leader among publishers, Sally Groves’s quiet integrity and commitment to her composers’ careers is second to none. The distinguished roster of composers whose careers she has nurtured as Creative Director for Schott Music includes Dutilleux, Goehr, Henze, Ligeti, Penderecki, Martland, Turnage and, most appropriately this evening, Sir Michael Tippett. She uses infinite care, diplomacy and wisdom to guide them and keeps an open door for composers looking for advice and reassurance. In a voluntary capacity she has acted as a Trustee of many of our leading new music organisations, and she is able to quietly influence the quality and spread of new music being performed in this country and abroad through her dedication and wide-ranging contacts. 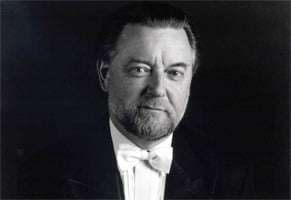 Following which we heard the last of Michael Tippett’s four symphonies (1977), written for Solti and the Chicago Symphony. It may not be quite the greatest of his works, but it contains some striking and deeply personal music, limitless in its meaning, and was here given a commanding and committed outing, if not quite emulating two readings of blessed memory (a personal thing) – from Simon Rattle and the CBSO (at this address) and Colin Davis and the LSO (BBC Proms). Rattle displayed that antiphonal violins serve Tippett’s music just as well as this specified requirement for old racket, which Davis then appositely retained for Brahms, but not for Tippett; and Colin Davis found an intense weight of sound for his Proms performance that was slightly lacking from the BBCSO traversal. But to all intents and purposes Andrew Davis dug deep into this “birth to death” piece (although it seems that Tippett may have been quoting a quote), but such description does serve well the Fourth Symphony in terms of its one-movement design and desolate close.

Andrew Davis is to be congratulated for using human rather than synthesised breathing effects, Simon Grant making this poignant contribution. This is craggy, pulsating and pensive music, quixotic in its changes of mood, with affecting beauty at times (richly lyrical string writing, beautifully played), a knockout central conflagration (this vividly impassioned ‘development’ raising the roof here) and a real sense of tragedy with the final pages, as much silence as sound, brass lamenting and the breathing now (seeming to) anticipate what lies beyond. Maybe Tippett’s Concerto for Double String Orchestra and his Concerto for Orchestra can be caught up with another time, but the BBCSO’s championing of Tippett inimitable music this season is a feather in its cap.