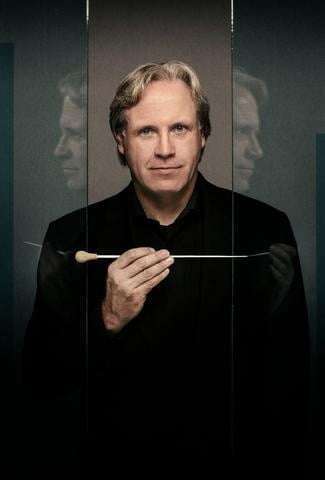 The at-first-sight curious programme order for the BBC Symphony Orchestra’s latest concert in its 2015-16 Barbican Centre season was easily explained by logistics. To put the UK premiere of Detlev Glanert’s Richard Strauss-inspired piece first would have necessitated a long stage-change to prepare for Schumann’s Piano Concerto. So the Concerto stood proud on its own in the first half. We’ve perhaps come to expect that with either of the big-boned Brahms Piano Concertos, but it was rather a pleasant surprise to hear the Schumann with no prelude.

Of course, Schumann’s thundering A-minor descent of the keyboard is prelude enough and in Hong Xu’s unfussy hands it made an arresting start with Markus Stenz marshalling the BBC forces with direct forthrightness. On occasion in the first movement Xu’s articulation on the Steinway obscured some orchestral detail, and – throughout – some gradation of volume, particularly towards the piano end of the scale might have made his interpretation even more cohesive, but I found myself warming to a well-conceived reading with no frills. Hong Xu has been around for a decade since scoring success in various international competitions (2004 Hilton Head, 2005 Cleveland, and 2006 Honens) and he has been partnered by Stenz with the Hallé. They work well together and Xu is definitely worth watching out for.

Was there a connecting factor to the programme? Well you might cheekily argue it was ‘war’ – two warhorses flanking Detlev Glanert’s “sesquicentennial” (150th-anniversary to you and me) tribute to Richard Strauss. Co-commissioned by the Royal Concertgebouw Amsterdam, Gürzenich-Orchester Köln (with Markus Stenz then principal conductor), St Louis Symphony and Sydney Symphony, it uses Ein Heldenleben as its starting point and adopts plenty of Strauss’s battle music from within it. 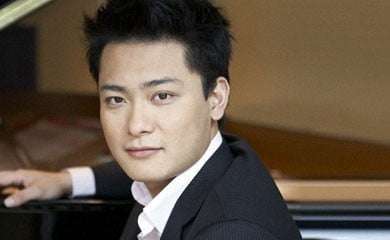 While Glanert specifically rejects the use of quotations, there seemed to me a lot of Heldenleben in it – let alone Ravel (Daphnis et Chloé and La valse) and Bartók (Miraculous Mandarin). After the burst of energy clearly cut from the same material as Heldenleben’s opening bars, Frenesia (Frenetic) soon includes critic-like woodwind calls, drum-roll led percussion batteries with blaring brass and then speeded-up harp arpeggios introducing snatches of recognisable other themes. There’s even an elongated flute solo that reminds of Pauline Strauss as imitated in Heldenleben by a violin.

Cast in numerous, but seamless sections, contrasting fast, slow, loud, quiet, it ends with the quietest of quips, Glanert suggesting this is really about being an ‘anti-hero’. Stenz conducted with a zeal that transferred easily to the players, even to the point of over-excitement with some rather aspirated clarinet interjections towards the end. It is a generous piece to listen to, and – given the orchestra’s reaction – to play. Glanert was present to appreciate the warm acclamation.

While not in E-flat (as Heldenleben is) Frenesia could easily have been followed by Beethoven’s ‘Eroica’ (another ‘anti-hero’ work, you could argue). But instead we turned to E-flat’s relative minor, C-minor – for Beethoven’s equally revolutionary Fifth Symphony.

Stenz reduced the double basses down to six, and split them with the eight cellos, with three and four players (respectively) either side of the central violas, the violins also placed antiphonally. While modern horns were used, the hard sticks on the full-size timpani and the astringent clarity afforded by no vibrato for the strings, there was a ‘period’-informed performance, though still – at times – quite flexible. It was a full-throttle reading, thrilling in its articulation and sonorities, making this music sound freshly minted. Stenz might not indulge in Harnoncourt’s most-recent free adoption of rhythms, but he kept the exhilaration level high. Bradley Creswick guest-led with gusto and it was obvious the musicians enjoyed the performance as much as the audience did.