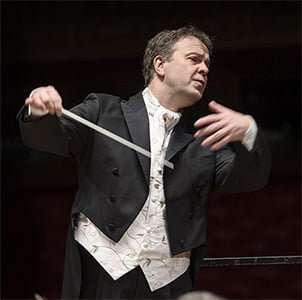 The BBC Symphony Orchestra and Sakari Oramo strode into the winter months with exhilaration and horns a plenty. Robert Schumann’s exuberant and tenderly beautiful Konzertstück, a showcase here for the BBCSO’s horn section, was lively in the outer movements and told of ‘forest legends’ in the slow one. With some fabulously agile and lyrical playing from the soloists (with the occasional reminder of how challenging Schumann’s writing is), splendidly supported by their colleagues and, in Oramo, a conductor both attuned to the art of accompanying and bringing out pertinent details to complement the brazen and soulful horn lines, this was a bravura and responsive performance, something saved for a rousing acceleration to the finishing post.

A new work from Colin Matthews is always welcome, and his 22-minute Traces Remain (2013) adds to our appreciation of his range. Having deliberately not read the programme note beforehand, a first impression about Traces Remain is that it is tantalisingly elusive, eerie and atmospheric, and is so from its very opening, pungently scored (exploiting low woodwinds, such as bass and contrabass clarinets, and later an entreating soprano saxophone), and is darkly and powerfully expressive. From the shadowy first pages the music accumulates in density and volume, and introduces an idea that reminds of Mahler’s unfinished Tenth Symphony (as it turns out Matthews incorporates a sketch that the composer did not use for that remarkable work) as he also does material that Sibelius might have notated for his (lost to us) Eighth Symphony, some possible sketches for it having recently appeared, and not forgetting Schoenberg’s orchestration of a Beethoven song (also missing) and a Baroque beauty that my ‘innocent ear’ nominated as being by John Dowland but in fact is by Robert Johnson. Although for Shakespeare, it conjured, as scored, images of Venice and Liszt’s lugubrious gondola. 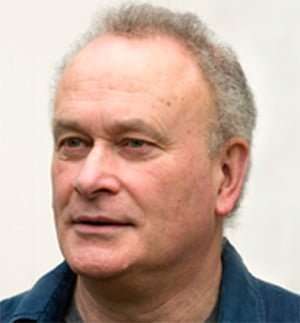 Feelings that Traces Remain is a dream sequence are not far away from Matthews’s intentions. The title comes from Charles Nicholl’s book, essays about the past with stories still to tell, “… the glimpse behind the curtain, the episode measured in minutes and preserved across the centuries.” Matthews’s music is often notable for its restraint, yet with powerful expression and also eruptive fortissimos. Matthews handles a large orchestra not only with mastery but with very precise colourings, such as the scrunching of paper (very effective), and introduces a wide perspective that, for example, involves solos for the back desk of violins, maybe on the periphery of the past. Also embracing impetuous scurrying and cathartic climaxes, if Traces Remain is somewhat if fascinatingly puzzling on a first hearing, it is also compelling and full of illustration, and wonderfully dabbled, not least the use of tintinnabulation and gongs that, for whatever reason, suggested John Betjeman’s Summoned by Bells. The close, a fading to silence, seems to leave us with something vanished, but maybe with a continuation at some stage in the future. For the present, Traces Remain certainly issues an invitation to return, to Listen Again while that option is available, and surely a nomination in this year’s British Composer Awards.

After the interval, and maintaining excellence, a winner of an outing for the boundary-breaking ‘Eroica’ Symphony, for which Oramo refreshingly eschewed any supposed ‘authentic’ touches, save for not employing antiphonal violins (which he uses to advantage on his recent recording of Elgar 2, also in E flat), giving a reading as relevant as the music continues to be. The first movement was swift but not rushed, with dynamics and detailing freshly revealed, and the exposition repeat taken as a varied repetition rather than a literal one. Fire and energy aptly complemented the marked Allegro con brio, Oramo admirably without affectation or mannerism looking back gloriously to an era when Beethoven was given time to express himself (from Oramo traces remain!) – and we even got Hans von Bülow’s emendation to the first movement coda. It was in the second-movement ‘funeral march’ that this performance became particularly (even more) special, a spacious unfolding that is seldom encountered these days (Thielemann excepted). If reporting that the movement took 17 minutes to play, that doesn’t reveal how eloquent this lament was, how dignified the processional, how pointed and poetic the woodwinds’ contributions were, how many subtle inflections were present, how the climaxes glowered, and how unflinching Oramo was in maintaining a heavy-hearted tread.

Following which, all was light (and shade), a bouncy scherzo with a ripe horn contribution in the trio (a fourth player was present, but it would have been sacrilege to have ‘bumped’ what is specifically ‘for three’), and then a finale of rude good health, notable for Oramo’s flexibility and largesse, not least in the slow section before the egalitarian coda; once again, there was nothing metronomic about Oramo’s approach, and his attention to string tints reminded of his experience as an orchestral and solo violinist. This ‘Eroica’ was a singular success, painstakingly prepared and eagerly and joyously executed by the BBCSO for its recently appointed Chief Conductor.