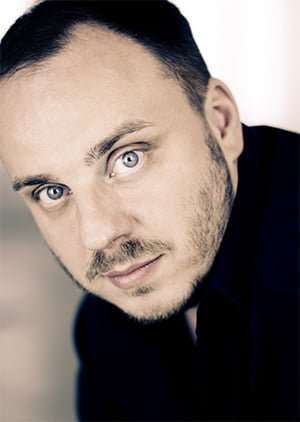 With Simon Keenlyside describing from the platform the contents of his Barbican Hall recital three weeks ago as “suicidal” and now Matthias Goerne resuming Wigmore Hall’s song-recital series with a partnership of works dominated by, and composers obsessed by, death, opportunities to share rejoicing have been hard to find for London’s Art Song audience in the recent festive season.

This programme, a performance of which at New York’s Carnegie Hall was reviewed by this publication in May 2012, is a curious hybrid. Songs by Mahler are accompanied by selections from Shostakovich’s Suite on Verses by Michelangelo, which can claim to have some kinship in terms of theme: nine of the ten Mahler songs concern death, as do the last three (as here performed) of the Shostakovich cycle. The latter work also clearly has a strong autobiographical element. Shostakovich had only months to live when he completed the settings and was acutely conscious of his mortality. As death approached and the grip of the Soviet regime on the Arts waned he seems to have felt released to voice a condemnation which for so long had had to be stifled. He was by this stage confident enough of his international standing to make choices of texts which are blatantly subversive. In particular the parallels between the persecuted Michelangelo and Shostakovich himself are unmistakable.

If the Wigmore evening was an undoubted success, due to the calibre of the artists and their command of the idiom of both composers, I have to question the wisdom of favouring this rather clumsy construction. The mixing of a selection of Mahler’s songs with only part of a completed cycle of Shostakovich’s does little to enhance either. There is an additional issue: Shostakovich orchestrated the Michelangelo Suite just weeks after the piano-accompanied original version. Goerne did in fact perform the complete work at the Queen Elizabeth Hall in 2008 with pianist Alexander Schmalcz, which I reviewed, expressing some regret that he had not chosen the orchestral version. Here again it was frustrating: one longed for the colour of individual instruments which characterise particular songs: there are examples in both composers, to choose just one, the sound of the cor anglais in ‘Wenn dein Mütterlein’. 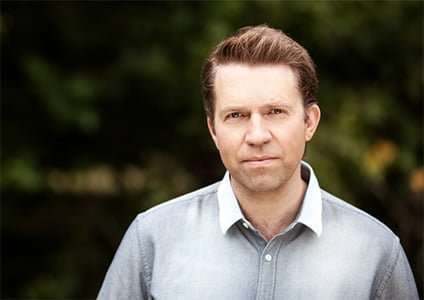 In the building of the recital the artists seemed not to have the courage of their convictions: alternating songs for comparison lasted a mere two pairings. Mahler’s ‘Ich atmet’ einen Linden duft’ was juxtaposed with Shostakovich’s ‘Morning’, making a contrast between romantic and erotic love. In the Mahler all except a single phrase plays on the adjective/noun ambiguity of the word “linde” in German. Goerne dealt lovingly with the song and Leif Ove Andsnes maintained the perpetual motion of the delightful semiquavers. Rare in Mahler’s oeuvre is a song without astringency of text, music or both. This is a rewarding example. Shostakovich demands a more matter of fact approach and Goerne provided it: what this poet was interested in was the sensual touch of a woman’s body.

Two songs about threatened love, followed. The artists treated the first of the military songs which are so quintessentially Mahlerian, ‘Wo die schönen Trompeten blasen’ with poise and musicianship but without sentimentality. They carefully observed the crucial marking verträumt and the composer’s repeated reminders to maintain dynamic levels. Occasional rubato, expressive diminuendos at affecting moments such as the leap of a sharpened seventh and the softening at each lover’s declaration of deep affection, made this a most satisfying performance. By comparison Shostakovich’s ‘Separation’ was tame, with even the comparison of his lover to the Madonna lacking the spark to be heard in many other performances. Another niggle: each of the eleven songs of the Suite was given a title by Shostakovich and a position in his chosen order, in which, for example, Death precedes Immortality. The stripping down to six Michelangelo songs involves disrupting this order.

Shostakovich was writing for bass and the comparison between his musical language and that of Mussorgsky is inescapable: recitative over held chords evolving into arioso are reminiscent of the monologues of Boris Godunov. ‘Death’ is the most extended execution of Mussorgsky’s rhetorical style, a narrowly circumscribed vocal line embodying the character’s feelings, reinforced by the accompaniment which has a greater contribution in the orchestral version.

Shostakovich gave way to Mahler for the five songs given prior to the interval, framed by the two pieces which belong to the composer’s symphonies. They were all given powerful performances. In ‘Das irdische Leben’ Goerne became increasingly blustery and Andsnes’s playing more panicky as the narrative unfolded. After that stormy song the pace slackened for the two selections from Kindertotenlieder. ‘Wenn dein Mütterlein’, sung as it should be by the father, ended with the singer devastated by his loss and sobbing.

Shostakovich returned after the interval. ‘Night’ is based on Michelangelo’s sculpture of that name. Here it received a magical performance, the mysterious piano writing in prelude and postlude complemented by the benign singing of the bass, later turned to indignation at the first mention of society’s ills. Goerne had the chance to deploy his whole vocal range in the tribute to Dante, where the voice rang out as the music approached the verge of turning into a full-scale operatic aria. ‘Death’ is a political statement. Full of scorching resentment, the poet poured out his bile against his (mis-)rulers such contempt is taken over in Shostakovich’s setting, which Goerne enacted both in letter and spirit, almost choking with passion at one point.

One would not have thought there was much new to say of Mahler’s military songs ‘Revelge’ and ‘Der Tamboursg’sell’. Both have as central character a drummer but the condemned one is stoical towards his fate whereas his counterpart in ‘Revelge’ is elated by the whole process of war. The constant modulations into different keys of significant rhythmic patterns were strongly accentuated by both singer and pianist, clearly suggesting that this soldier is not just aggressive but reckless.

One would hardly expect Goerne to offer a lollipop as encore; the scena-like An die Hoffnung by Beethoven was his enlightened choice.