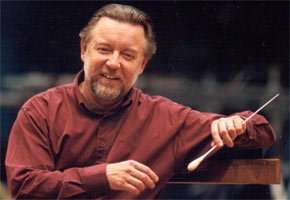 Sir Andrew Davis, having joined the Philharmonia Orchestra this time last year for an extravagant celebratory UK tour for Elgar’s 150th-anniversary, now returned to the BBC Symphony Orchestra in his traditional May slot to similarly doff his cap in commemoration of the 50th-anniversary of the death of Ralph Vaughan Williams.

The first half opened with Vaughan Williams’s setting of Walt Whitman, composed in the early years of the last century when he was in the midst of also setting Whitman for “A Sea Symphony”. Always a fervent supporter of the BBC Symphony Chorus, of which Davis is President, this concert contained three works for choral forces – a real showcase for one of the capital’s great choruses and its last outing before the Proms (where the Chorus will, oddly, be missing from the first night, but is scheduled for the second night with Finzi’s “Intimations of Immortality” conducted by Vernon Handley and will return for the Barbican for Beethoven’s “Missa solemnis” on 3 October to herald the Chorus’s 80th-birthday year).

Certainly the choristers approach their 80th in fine collective voice, marshalled – as ever – by Stephen Jackson. Full-bodied and keenly committed, the singers topped and tailed this concert in cracking form. Vaughan Williams’s seamless conception of Whitman’s poem of death and eternity was thrillingly done. That Holst’s “The Hymn of Jesus” ended the concert brought an intriguing symmetry, as Anthony Burton’s programme-note explained – given that “Toward the Unknown Region started life as a secret competition between the two composers to set Whitman’s text, “Darest thou” – with them both agreeing that Vaughan Williams’s was the winner! 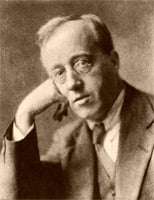 A rarity, “The Hymn of Jesus” is a surprisingly vivid and satisfying work, requiring full chorus and an off-stage chamber choir singing the opening Latin introduction and various responses. While unmistakably Holst (his use of celesta immediately reminds you of The Planets), his interest in eastern sonorities and complex rhythms brought to mind the much-later Leonard Bernstein’s “Chichester Psalms” (wouldn’t they go well together in a concert?).

Before the interval you may also have heard similarities to The Planets in the chilly, hushed finale of Vaughan Williams’s Sixth Symphony, the volt-face envoi to the volcanic first three movements, which are barely able to hold back their angry outbursts or tramping, dour rhythms – in the second movement underpinning Max Spiers’s haunting cor anglais solo. If Davis didn’t quite achieve the iron grip that Andrew Litton displayed with this orchestra recently in Vaughan Williams’s Fourth Symphony, this was still a tremendous performance of a tremendous symphony, and drew out a much larger than usual audience for a BBC Symphony concert at the Barbican. (Andrew Davis conducts an all-Vaughan Williams concert at this year’s Proms on 26 August.)

Described as a wild card in the programme was American interloper, Charles Ives, his “General William Booth Enters into Heaven” entering to the choral mix. It is intriguing that Ives only set 31 lines of Vachel Lindsay’s poem in honour of the founder of the Salvation Army. Calum MacDonald suggested in his programme-note that Ives might have only known of the poem from its review in the New York Times, which only quoted those 31 lines. Adapted by Stephen Jackson from John J. Becker’s 1934 orchestration, originally for bass and chorus, here the solo was taken by baritone Thomas Kennedy, son of Chorus member Alan Kennedy, who died recently and to whom the concert was dedicated. Typically crazy and at time bombastic, the short setting eventually quietens down for the solo to intone the final verses. 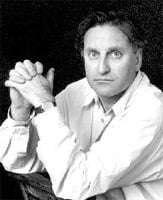 Madcap Ives would have broken the mood of Vaughan Williams and Holst, but the job had already been done by Dominic Muldowney’s “Tsunami”, the second RPS Elgar Bursary commission, here receiving its world premiere. I was immediately taken by this monodrama in five songs about a man in the aftermath of his marriage break-up, who moves away and rails against the past until seeing news reports of the 2004 South Asian tsunami, which offers a perspective on his own anguish and allows him to contemplate a way forward.

With texts by James Fenton and music that wouldn’t sound out of place played by a Palm Court orchestra, there was a distinct flavour of the theatre to this 25-minute work. The soloist, with a head-microphone, was Australian baritone Philip Quast, well known in the National Theatre’s production of Sondheim’s “Sunday in the Park with George” and “A Funny Thing Happened on the Way to the Forum” as well as “South Pacific” and, most recently (something omitted from his biography), “Le Cage aux Folles” at the Menier Chocolate Factory at the beginning of this year.

These songs are definitely non-operatic, so Quast was ideal: indeed it wouldn’t surprise me if Muldowney and Fenton’s exquisite work finds a place in cabaret concerts: the orchestra is small, dispensing with oboe, trumpets and trombones.

The first song – oft reiterating its titular lyric ‘Was that your idea of love’ – is couched as a bittersweet waltz, reminding of the Second Viennese School’s loving chamber reductions of Johann Strauss II. In the second and third songs (‘The Alibi’ and ‘The New City’) the view is very much of a glass half empty – a negative aura permeating all he sees, but the fourth – ‘Tsunami’ – begins to have its effect; the rolling images of the rogue wave crashing through the coconut trees followed by an eloquent description of the earlier sudden withdrawal of water across the beach, leaving fish high and dry, which children then ran to collect, ignoring the screams of those who could see what was happening. The final two verses concern survivors: fisherman who had been out at see who come back to find their homes, landscape and very existence in tatters. The final song, ‘How can the heart live’, at last sees the man’s acceptance of the situation and the possibility of finding a way forward.

Let’s hope a recording is soon available – and what about coupling it with Jonathan Dove’s “Hojoki (An Account of My Hut)”, premièred at the Barbican by the BBC Symphony Orchestra on 29 September 2006, with countertenor Lawrence Zazzo, also pertinent to both the tsunami and modern malaise, setting its age-old Japanese monastic text of natural disasters that had beset Japan in the monk’s time.