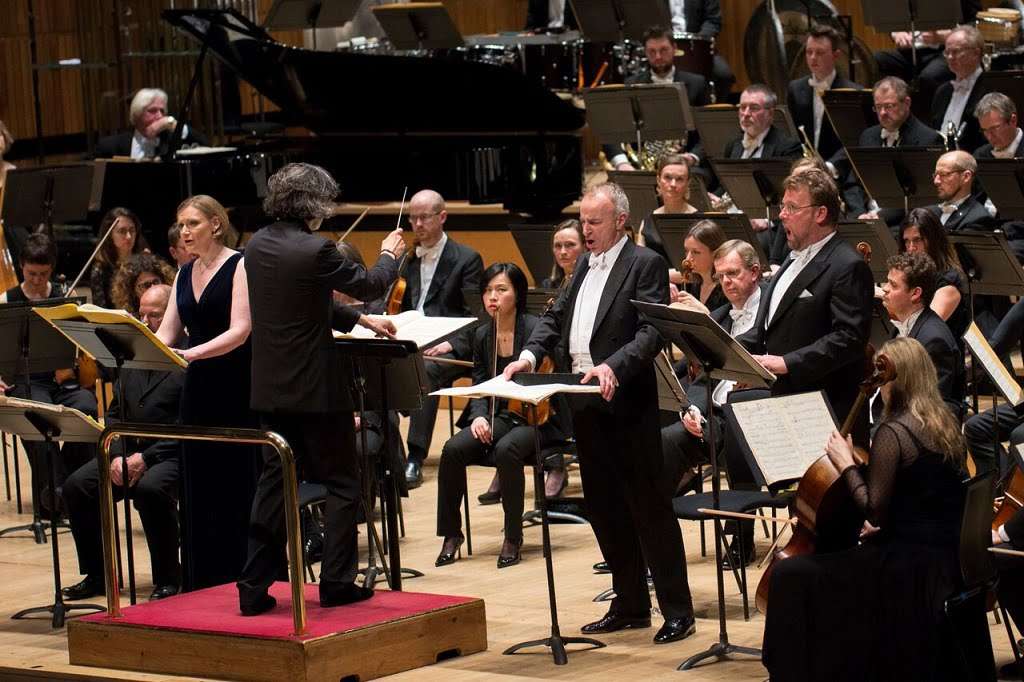 It’s probably a vast generalisation, but Catholicism seems inseparable from the Polish psyche, and the Poles express their belief with a natural, visceral directness that is very moving to witness. In the last century, the Catholic church withstood Poland’s annexation by the Soviet Union, and the Polish Pope, John Paul II, went on to play a vital part in bringing down the Iron Curtain.

Penderecki’s St Luke Passion, first performed in 1966, was one of those works that blatantly subverted Communism with its uncompromising spirituality and avant-garde musical style, while, like Britten’s War Requiem completed five years earlier, offering a hard-hitting indictment of war-time atrocities. It is the work of an ambitious young man, and half-a-century later the eighty-three-year-old composer was in the audience to hear how this signature piece of liberation theology set to music is still making waves.Compared with the big, Baroque, Protestant settings of Passions by J. S. Bach, at eighty minutes Penderecki’s is relatively short with hardly any of its twenty-seven sections longer than roughly three minutes, and St Luke’s version of the events leading up to the Crucifixion has been considerably pared down. 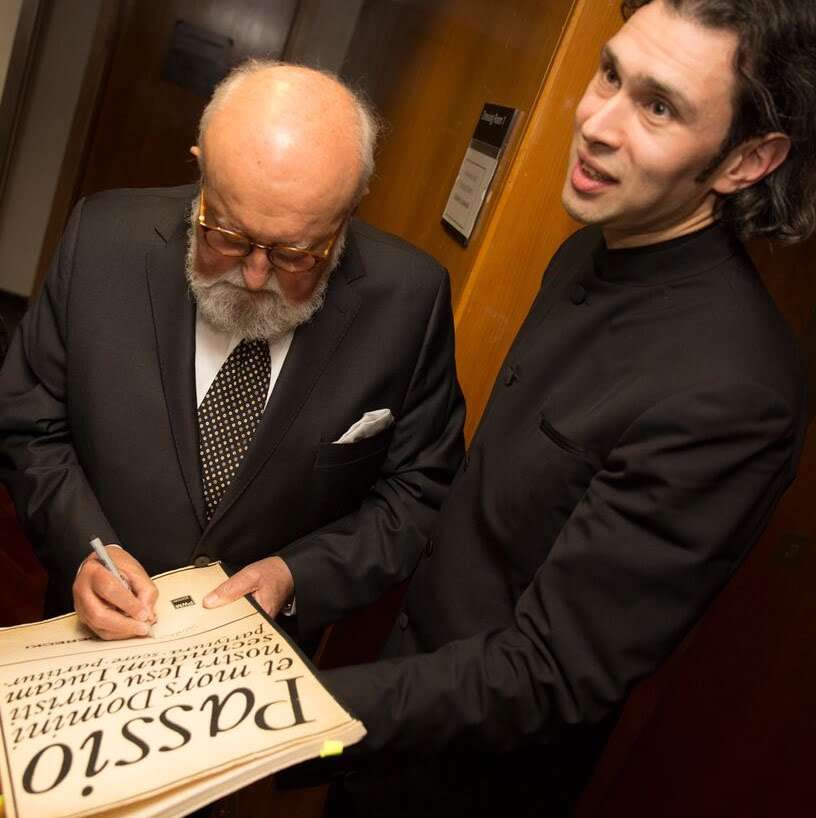 The wonder of this realisation was its unfailing sense of purpose. These days, the style can sound like a compendium of 1960s’ modernism – note clusters, an undertow of serialism that skirts around tonal commitment, eruptive brass and percussion, stupendous demands made on the choral singers involving graphic ululations, sighs, whispers and shrieks, and an equally graphic use of jagged contrasts – pushing the music over the edge into mere onomatopoeia.

Vladimir Jurowski made a virtue of the work’s kaleidoscope of effects, giving its drama and high emotions room, so that set-pieces such as Peter’s denial and Christ’s comforting the two criminals crucified with him transcended the music’s brevity. Jurowski and the LPO’s biggest success, though, was in the sequence of scenes at the start of the second part, from the procession to Golgotha to the Crucifixion, which just rolled ever deeper into the depths.

Omar Ebrahim, his role as Narrator needlessly over-amplified, followed Jurowski’s example in keeping up the dramatic pressure so effectively it had me wondering if this Passion might not be a candidate for being staged. As Christ, Dietrich Henschel sounded smaller voiced than I recall, although the romantic warmth of his baritone is unchanged, and his stillness and intense breaks into falsetto constantly put all the competing choral and orchestral effects into perspective. Another great Wagnerian, the Polish bass-baritone Tomasz Konieczny sang the roles of Peter and Pontius Pilate with an acute sympathy for the unfolding story and its musical demands; and Elizabeth Atherton’s soprano fitted the music superbly, creating an ambience of ethereal distance. The moment when the soloists abandon their roles at the end of the work to be absorbed into the choral texture was beautifully judged.

Like many an English choir in War Requiem (with which St Luke Passion has a few choral effects in common), the three Polish choirs have the music in their bones, to the extent that the Warsaw Boys were singing from memory, and on spine-tingling form in the crowd scenes and in the very beautiful and unaccompanied ‘Stabat Mater’. Their tuning, easy handling of the aleatoric passages and raw, engaged style capped a performance of incredible authority, led by Jurowski’s sure hand on the music’s volcanic temperament. The last account I heard was in Canterbury Cathedral, the echo of which made a pitch-less morass of the sound. In the Royal Festival Hall, where reverberation failed, the LPO’s attention to detail and contrast counted for much more.

Penderecki has been taken to task for abandoning the abrasive, dissonant emotionalism that defines the St Luke Passion, in favour of a more romantic, approachable idiom, but for now this LPO outing, suitably placed in Lent, more than fulfilled the brief of the Southbank Centre’s Belief & Beyond Belief festival.