It should have been Mikko Franck conducting, but he phoned in sick, and the Berliner Philharmoniker secured the services of Iván Fischer for three evenings (this Digital Concert Hall webcast was of the third). He took-on Franck’s programme verbatim, an unlikely selection of works for Fischer, perhaps, certainly the Rautavaara; ah, the danger of pigeonholing. 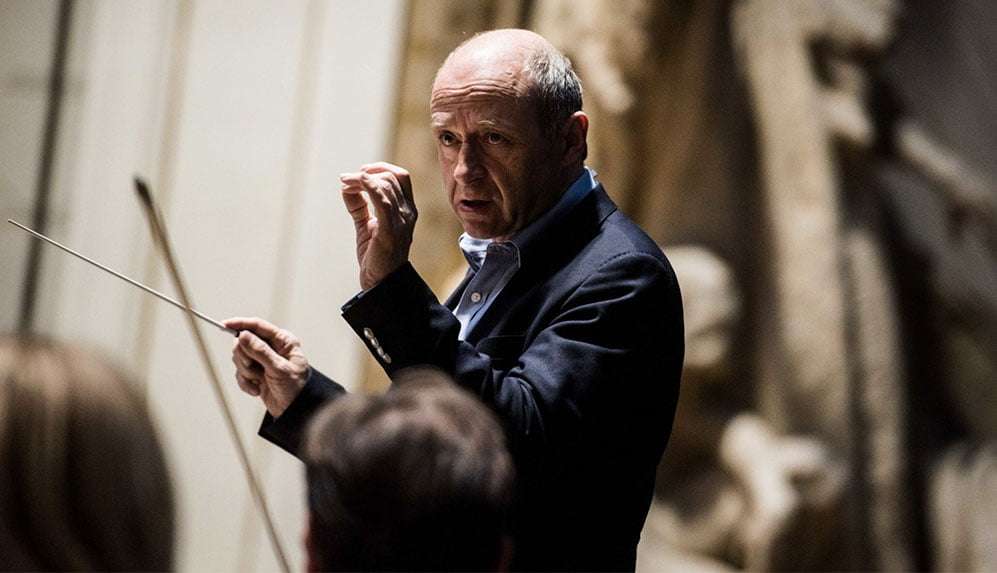 It was the late Finn’s Apotheosis that opened the evening, the final movement of Symphony 6 (Vincentiana, 1992, itself entangled with Rautavaara’s van Gogh opera). Whatever Fischer’s experience with Apotheosis, it worked a treat here, suggestive of Deep Earth (a bass clarinet adding to that feeling), the music reflective and following-on, which of course it does in the Symphony, quite filmic in its gentle pastoral manner (expressive woodwinds), regretful yet resigned (shades of Mahler Ten), the orchestra large if used economically until the brass-baleful climax with celestial colours embedded therein. A compelling ten minutes.

Turning to matters French, the second half juxtaposed relatively rare Debussy with ‘everyday’ Ravel. The former’s Printemps was orchestrated but lost, so Henri Busser, under the gaze of the composer, scored the two-piano version (and retained one). It may not be vintage Debussy, but its rapturous reverie and (heralded by rustling lower strings and celebratory fanfares) lively dance to welcome the vernal season have many attractions, and this performance of it was in the luxury class. So too Daphnis, from Daybreak (birdsong, magical tints, burgeoning adoration, uninhibited brass ‘kiss’ for the named couple) to Bacchanal (unforced, joyous) via some enchanted flute-playing from Mathieu Dufour, Fischer was a flexible, breathing-with-the-music guide.

As centrepiece Berlin Phil-debutant Anna Vinnitskaya (winner of the 2007 Queen Elisabeth Competition) gave a powerfully communicative account of Prokofiev’s Second Piano Concerto (the greatest of his five), which should not be taken as being showy or applied; rather it was modulated and dynamic, technically immaculate, contrasts relished, the first movement eerie and suspenseful, mysterious shimmers in the orchestra, and coming to a head in the brazen apocalyptic cadenza; never mind the dissonance, feel the passion. The second movement, as rapid as I have heard it, was scintillating yet always rhythmically precise and lucidly detailed; fleet fingers equal a whirlwind. The grotesque/malevolent aspects of the third movement were vividly underlined – ‘Gnomus’ for piano and orchestra – and the Finale flew by, again without blur, the folksong divergence flowing nicely and with affection, before returning to coruscation (the coda was demonic, if typically always from within the temperament of the music) via the orchestra’s ‘false’ cadence (which might on another day cue clapping) to prepare for a further cadenza during which Vinnitskaya played an Impressionistic card.

Throughout, the Berliners and Fischer offered wholehearted support, and it shouldn’t be forgotten that he is a dedicated Bartókian. Keen to hear more from this marvellous pianist (new to me, I must admit), she duly obliged with ‘April’ from Tchaikovsky’s The Seasons: light, elegant, supple.