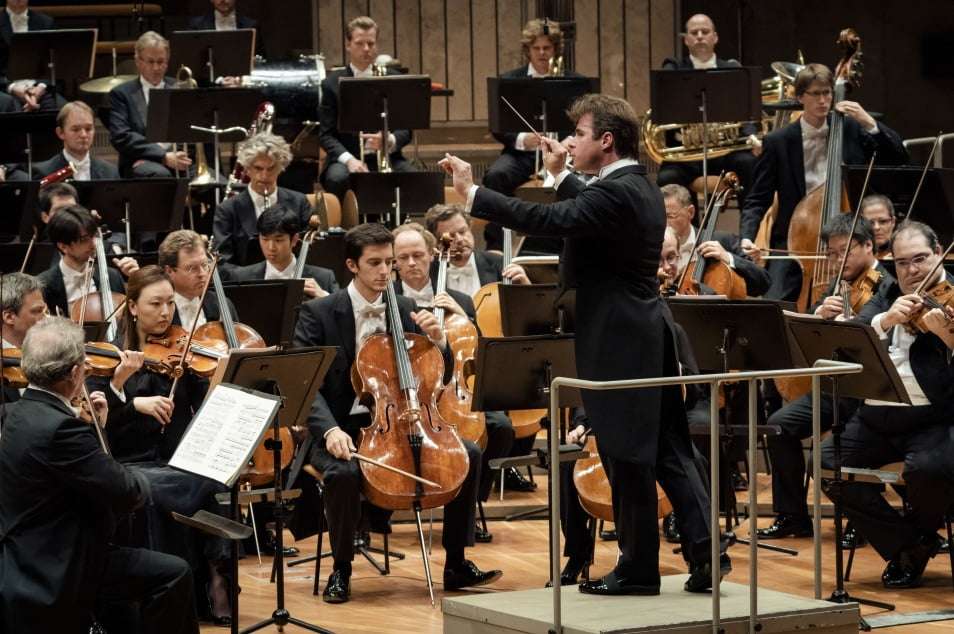 Tales to be told, if not before bedtime, essayed vividly by the Berliner Philharmoniker and Jakub Hrůša – Dvořák’s orchestral setting of a gruesome and surreal folk-ballad by Erben (murder, deception, the deceased brought back to life by mystical means) and Janáček’s Gogol-based Taras Bulba (conflict, Cossacks fighting Poles, Taras and his two sons dead by the end but not before Bulba has a triumphant prophecy favouring the Cossacks).

The Dvořák, opening with horns and galloping lower strings – a king is out hunting – yields to some tender and romantically blissful music (spiced with Tchaikovskian ardour) – he spies a fair maid, Dornička, whom he falls in love with. But he reckons without the girl’s evil stepmother and her daughter who kill the king’s beloved and the latter gold-digger arrives at the castle in the deceased’s stead. (You’d think the king would have noticed.) A wizard finds Dornička’s amputated remains in the woods and in a trade-off with the imposter – involving parts for, yes, a golden spinning wheel – Dornička is restored to life; meanwhile the vocal wheel reveals all to the king and he and Dornička are reunited and the murderesses thrown to the wolves.

Dvořák doesn’t really do blood and gore, or depict bad people, and his attempts at sinister tend to be subtle – fine with royal pomp, though, and poetic lyricism – but there is plenty of musical attraction, very well served here in a complete performance (twenty-eight minutes, some conductors make cuts) played with enthusiasm in response to Hrůša’s elegant and unambiguous conducting (he’s now Bamberg-based and a titled guest with the Philharmonia Orchestra); he was making his Philharmoniker debut this week. 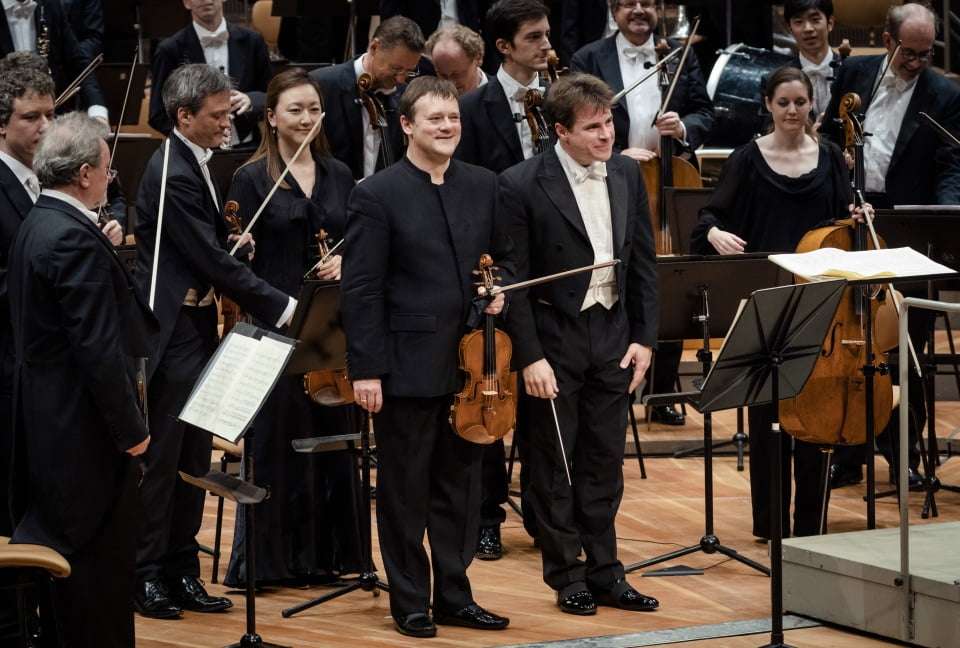 As for Martinů’s Violin Concerto, it was composed in 1933 to a commission from Samuel Dushkin but not played, the score was then believed lost until found in 1963 (the composer now dead a few years) and premiered ten years later by Josef Suk in Chicago with Solti conducting.

The first movement is spiky and energetic, not far off Stravinsky’s neoclassical example (also for Dushkin), economic in scoring (although the orchestra is quite large), clear in melodic and structural outline, with infectious rhythmic bounce and a direction as straight as an arrow. The slow movement is very lovely, with its occasional anticipations of Korngold’s Violin Concerto, and the attacca Finale returns to the demeanour of the first movement, similarly without a cadenza.

Frank Peter Zimmermann gave a spotless music-focussed performance – the high-lying writing might have been a problem but wasn’t – and the accompaniment was alert and colourful. There may be fewer fingerprints to suggest this music as being by Martinů, but it is very likeable. Zimmermann’s encore was … wait for it … Rachmaninov’s G-minor (piano) Prelude, Opus 23/5, as transcribed by Ernst Schliephake (born 1962); not entirely convincing, if more than might be supposed, and rendered immaculately.

If on this occasion Martinů wasn’t giving too much away as to his identity, beyond skilful composition, only Janáček could have written Taras Bulba, music that Hrůša is totally convinced by, and smitten with. From the ‘once upon a time’ opening (and a very expressive cor anglais solo) to the transcending final bars this was a reading that was loyal to the fluid nature of the music, its inimitable scoring, the drama and intimacies, foregrounds and distances, incisiveness and curves, spectres of sound and full-on distortions of dance … the passionate empathy from the podium felt through the orchestra (from bittersweet violin to lofty organ via clangorous bells) and beyond it.

In taking enthusiastic applause, the chivalrous Hrůša distributed his presented flowers to several Philharmoniker ladies; and, as ever, there was excellent sonic reproduction and vision from the Digital Concert Hall.