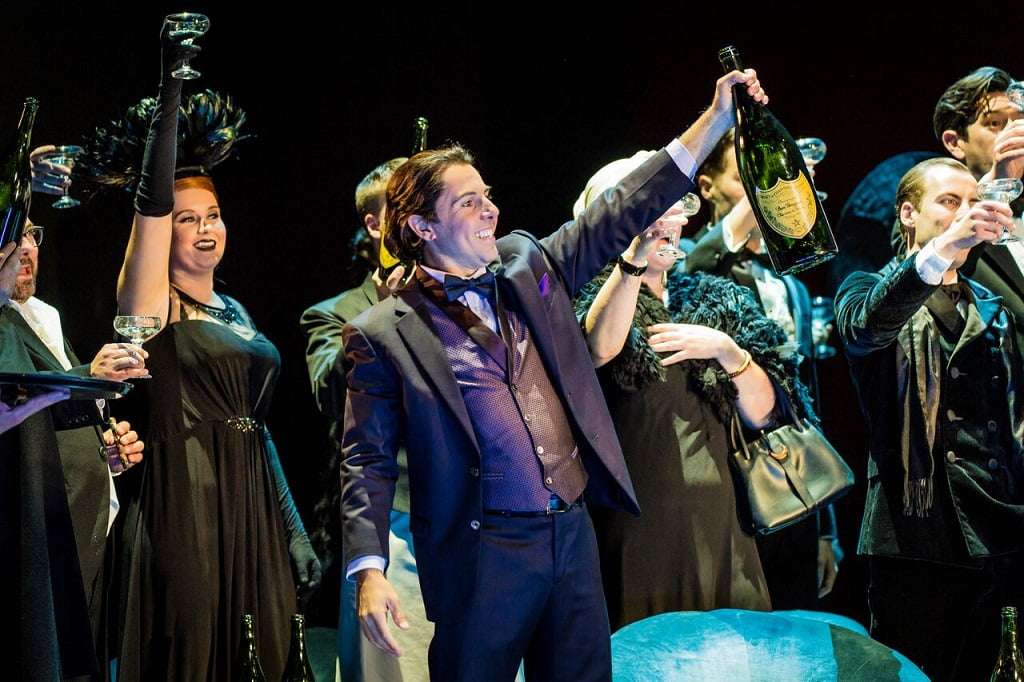 Tom Cairns’s no-frills production of La traviata, first unveiled at Glyndebourne in 2014, enjoys a new cast, but the abstract sets and near-contemporary costumes conceived by Hildegard Bechtler remain. Shadows from two very solid floor-to-ceiling uprights dominate and, if the glamour of the party scenes only partially dispels the pervasive gloom, there’s some memorable singing and vivid orchestral detail.

Violetta’s tragedy is placed at the centre of this staging, her universal humanity underlined by an unspecified timeframe and the trappings of tuberculosis traded for an incurable illness suggested by fainting fits. Blood and coughing are conspicuous by their absence. It’s an unfussy and conventional production, yet not without imaginative touches. A mostly bare stage is boxed in by straight and curved walls (one smooth, the other quilted) alluding to Violetta’s conflicting emotions. If that’s a mite too subtle or simplified, then at least Cairns has not attempted to burden this Traviata with subsidiary riffs on money and class, control and power. At times one might wish for something more psychologically insightful and characterisation to be further developed, but the musical focus here enables the singing to provide its own emotional charge. 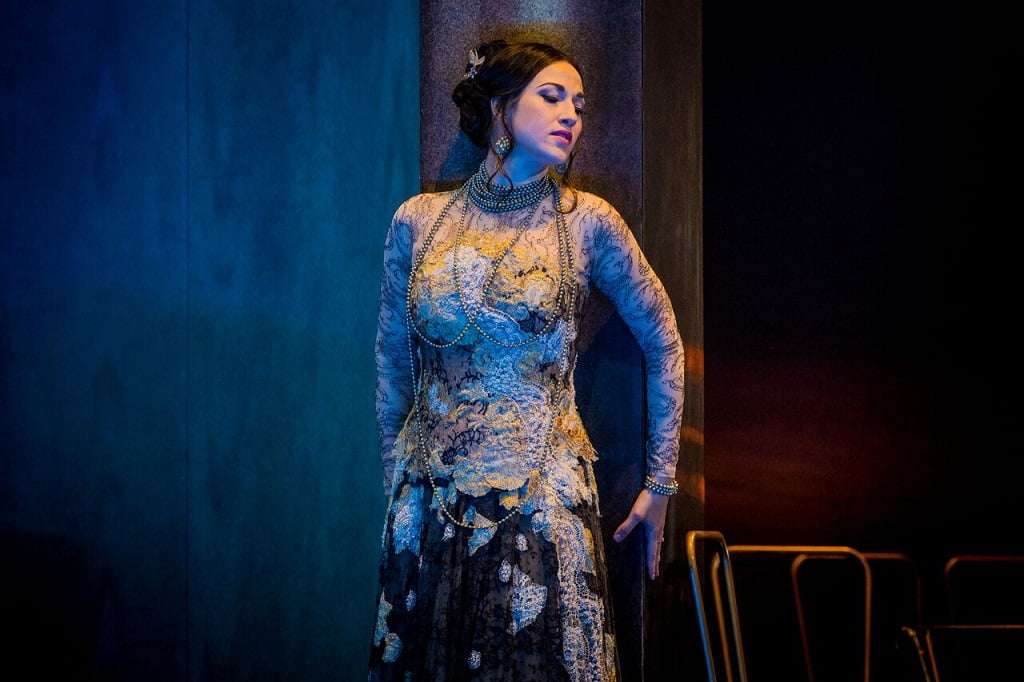 And making her Glyndebourne debut as Violetta, Mané Galoyan is a real find, small in stature but with a compelling presence and able to express feelings as naturally as breathing. Whether juggling with determination, fragility and passion, she fulfils this complex role with complete assurance. It’s a voice of dazzling security and range, topped by a wonderfully projected mezzo voce that makes you hang onto every note. There’s a consistent clarity and evenness of tone, bringing a gratifying ease to her coloratura and finely-spun legato. The final moments when Violetta walks away from us and dies alone is achingly moving.

She’s partnered by Emanuele D’Aguanno (replacing Fabrizio Paesano) as Alfredo, whose pocket-tenor gradually develops over the evening, but without differentiating enough vocally between regret and malice. As yet he lacks fire (there was a lukewarm ‘Brindisi’ and no high-C to close ‘O mio remorse!’), and hopefully his characterisation will also develop. Noel Bouley’s Germont père is nicely sung and, despite an unvarying tone, there is plenty of musical intelligence and charm.