Porgy and Bess
An opera – with music by George Gershwin, book by DuBose Heyward, lyrics by Heyward & Ira Gershwin, based on Heyward’s novel Porgy [sung in English, with English surtitles] 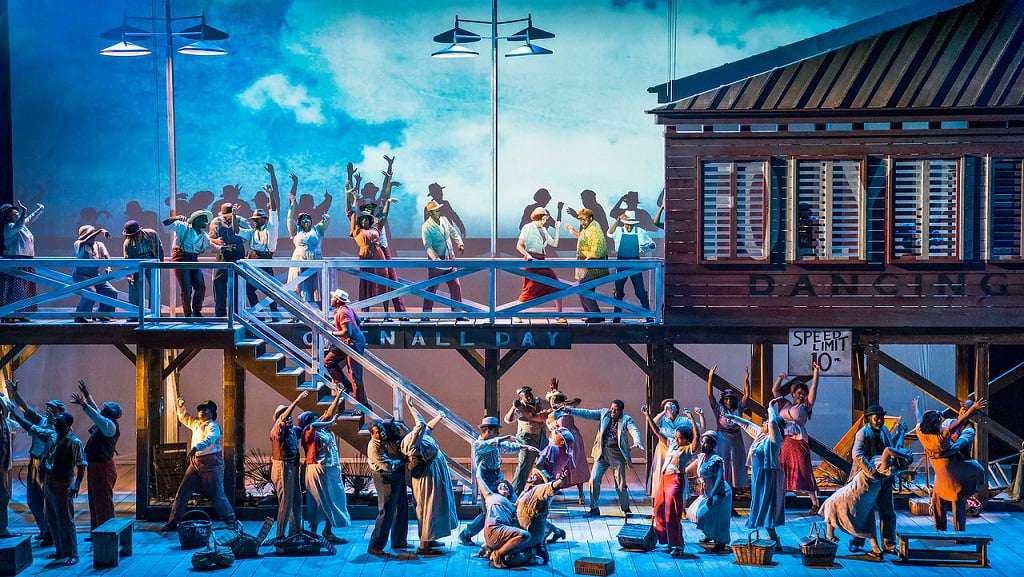 In a close-knit community on the east coast a storm necessitates the occupants to huddle together for safety. The door opens and in strides an outsider come for his human chattel, the atmosphere leavened by a popular song. There’s even a black marketeer peddling his drugs. Ring any bells? I’m hoping you have immediately plumped for Benjamin Britten’s Peter Grimes, but I’m thinking of an opera composed a decade earlier: the Gershwins’ Porgy and Bess. It gets its first English National Opera production just a day after the company celebrated its half-century at the London Coliseum, in a grand theatrical co-production that travels to The Netherlands Opera in January (with a number of principals, and the whole chorus intact, though James Gaffigan in the pit), before heading across the Atlantic to the Met. James Robinson, artistic director of the Opera Theatre of St Louis, makes his UK debut and John Wilson makes his first appearance at ENO.

Interestingly (although no information about the edition is proffered in the programme) this production is listed as being in two Acts, whereas all other versions I know (four recordings: Lorin Maazel, Simon Rattle, Nikolaus Harnoncourt, John Mauceri) are in three. Here the first culminates on Kitewah Island, with Crown forcing Bess to stay behind with him. It makes dramatic sense – especially as the languorous opening of the second happens a week or so later – and splits the evening into two halves; the first longer than its ninety-five-minute stated running time. 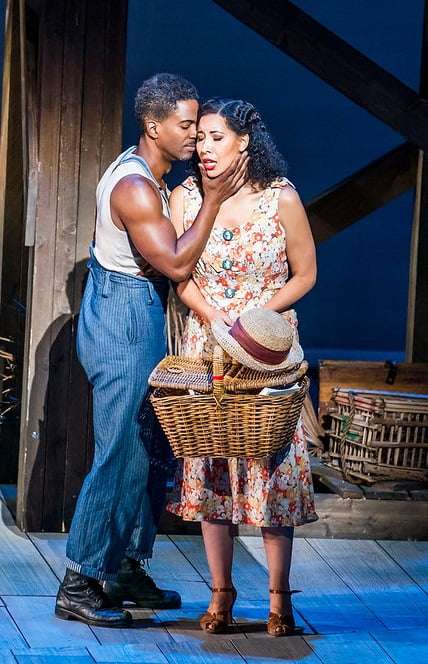 There’s a touch of Broadway about the production – spectacular without being too opulent, although the inhabitants of this split-level Catfish Row do look extraordinarily well-groomed and spotlessly clean. Michael Yeargan’s imposing revolve – with the outline of a three-sided, two-storey tenement enclosing courtyard, where each side and the central panel can also move independently to reconfigure the stage settings – and Catherine Zuber’s colourful costumes combine with the forty-strong internationally auditioned ensemble to bring the things to life. And John Wilson’s assured conducting heightens the operatic credentials, especially in the vivid opening scene, introducing one resident after another – Clara and Jake, with their new baby, Serena chiding her husband Rollins who is hell-bent on playing crap with the men. From Nadine Benjamin’s effortlessly floated ‘Summertime’ it was clear we were in for a classy evening, the supporting cast also headed by Latonia Moore’s seraphic Serena.

Gershwin drip-feeds us the main characters – first dope-peddler Sporting Life, then Porgy, the imposing Eric Greene trailing his callipered left leg supported by a crutch and stick in his right hand which he uses after he struggles up from his trolley; Nmon Ford’s strutting hard man Crown with Nicole Cabbel’s fragile Bess in tow. The tragedy is kick-started after a drug-fuelled row sees Crown kill Robbins with a cotton hook. He runs off and leaves people reeling, scrabbling to pay for Robbins’s funeral, while Bess falls for Porgy.

Robinson fashions a believable close-knit community with a plethora of nicely-observed detail (I liked the kids playing hide-and-seek), and Greene and Cabell make a yearningly plausible couple. Ford’s booted Crown exudes danger, chilling in his man-handling of cowering Bess on Kitewah Island and matches his boastful demeanour with a strong vocal delivery, even if exceeded by Greene’s characterful bass. Their fight is believably clumsy and shockingly life-like. Cabell grows in stature, before crumbling pathetically under the influence of Sporting Life’s happy dust and, zombie-like, follows him to New York. The final scene, charged with tension as the community can’t face Porgy (newly returned from gaol) to tell him that Bess has gone, turns to a satisfactory catharsis as Porgy (inexplicably in a new set of clothes) sets out to find Bess and leaves Catfish Row. 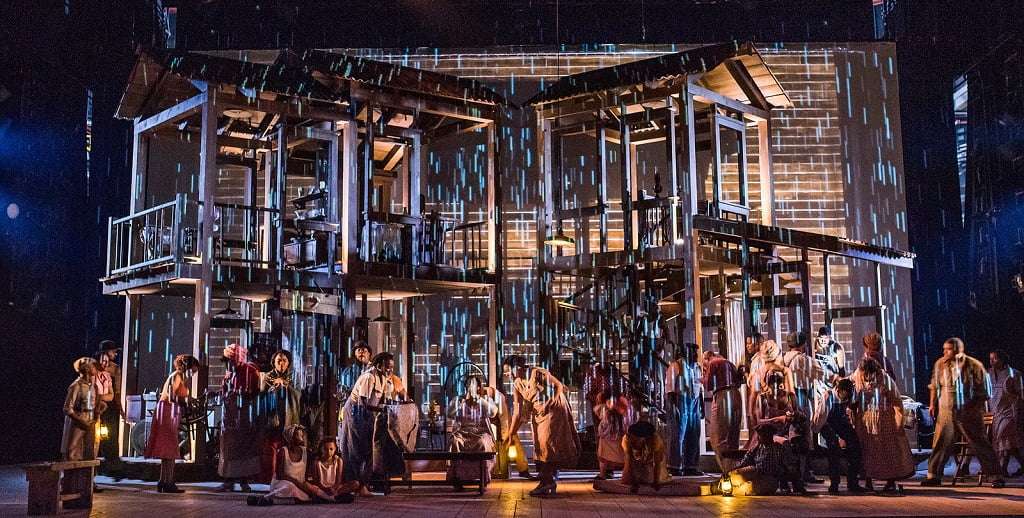 Like Carmen, Porgy and Bess has a surfeit of hits – and they all make their mark. Only in the storm where the recorded thunder is too loud did some of the orchestral detail become obscured. Porgy and Bess is a fitting fiftieth-birthday tribute to the importance of ENO. What could be more appropriate than its first production of an unequivocal English-language masterpiece? Some first-night caution aside, this will shape up to be one of the company’s signature productions. It’s a shame it’s not being beamed into cinemas, although – presumably – the Met will have sown that up.