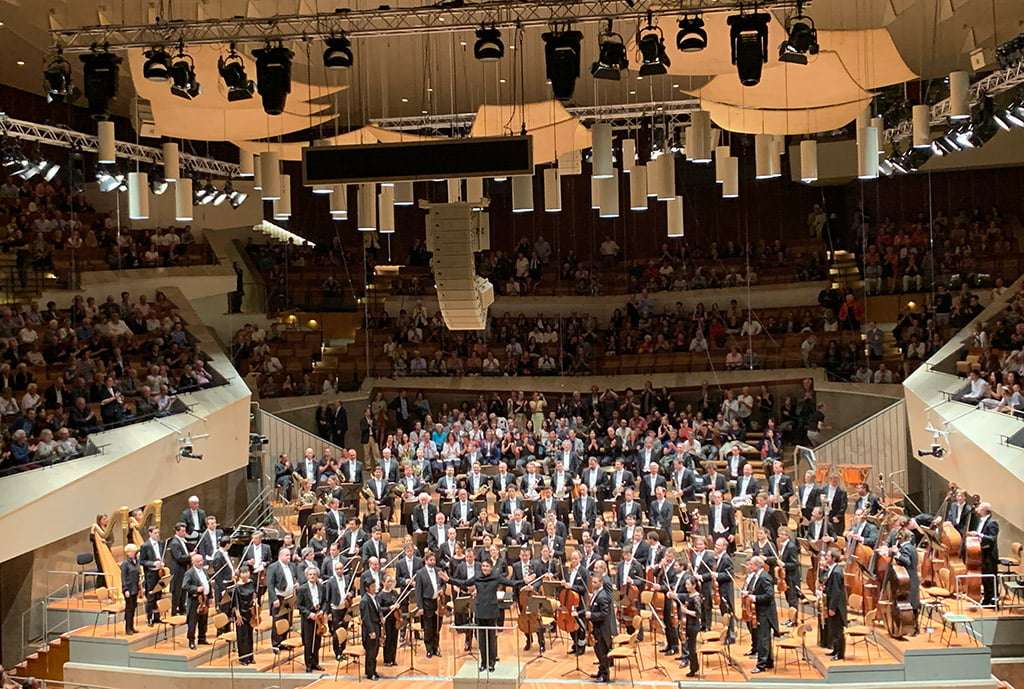 This week marked Michael Sanderling’s debut with the Berliner Philharmoniker, with this programme, here played for the third and final time, giving ample opportunity to display his considerable talents.

A sense of urgency was evident right from the start of Shostakovich’s ‘Leningrad’ Symphony. Plaintive oboe, bassoon and flutes contributed to the very ominous mood that followed, and with the arrival of the famous (or infamous) march theme and its side drum-fuelled, Boléro-like menacing development (“they can call it that if they want, said the composer, “but that’s what war is like”), Sanderling tightened the screws, until – after double basses, brass and percussion had driven the tension to almost mind-battering levels – the immense climax finally blazed forth. The denouement, full of exhaustion and despair, offered exceptional solo contributions from flute, clarinet and bassoon, until – finally – a muted trumpet brought the movement to its sombre conclusion.

Darkness was inescapable in Sanderling’s reading of the second movement, too, underlined by truly soulful playing; Christoph Hartmann’s contribution on oboe was most noteworthy, as were the spectral sounds emanating from bassoons and cor anglais. A sense of irony was palpable as the tempo quickened – percussion and brass sounding forth frenetically. The impressive opening of the slow movement, on horns and woodwinds, was followed by a stunningly-played string passage, and the violence unleashed at the climax was once again of visceral intensity. But at the other extreme this was succeeded by deep, rich and doleful tones in the violas. 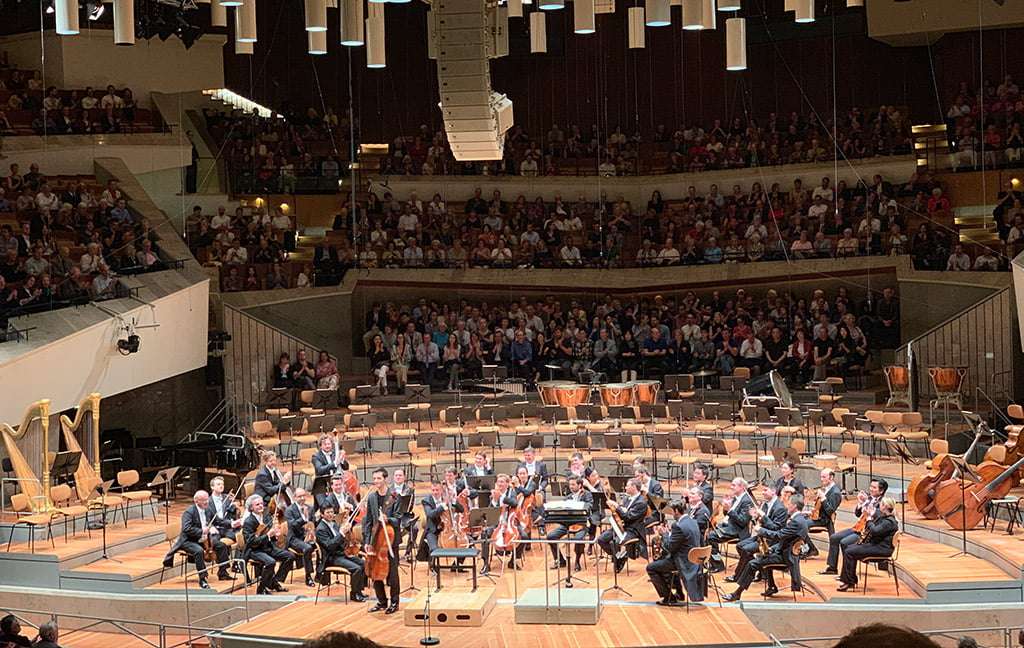 After the sombre and questing start to the Finale, the granitic power of the Philharmoniker’s double basses – allied to potent playing from brass and woodwinds – led the way towards yet another climactic moment, and the melancholy passages that ensued were highly affecting. In the coda Sanderling (the youngest son of Kurt) urged the players towards a conclusion that felt outwardly triumphant, yet had something caustic about it. Most impressive was the way in which he welded all the constituent parts of the Symphony into a cohesive whole, here more than eighty minutes; a sense of architecture informed the performance, with never a hint of longueur.

In the first half we heard Joseph Haydn’s D-major Cello Concerto. Bruno Delepelaire (BP principal) gave an account that was notably intimate. The accompaniment provided by Sanderling – a one-time cellist – was admirably supportive, especially in a very touching account of the Adagio. Sanderling was especially attentive to the dynamics of the finale, Delepelaire rising valiantly to its considerable technical demands. For an encore, he played the ‘Lamento’ from Britten’s First Cello Suite (Opus 72), its emotional content caught very sensitively.