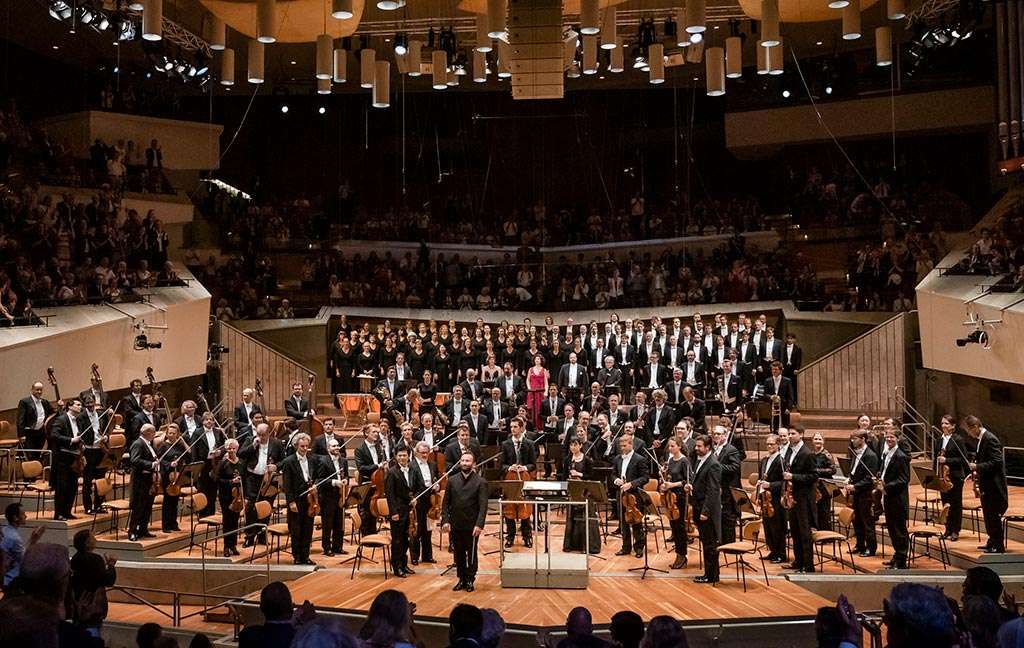 The Berliners are back: the Berliner Philharmoniker 2019-20 season starts here. Kirill Petrenko is now Chief Conductor having been designated as such for a while. For his first concert in the role he programmed Berg’s femme fatale opera (in which Lulu meets Jack the Ripper) coupled with Beethoven’s Schiller-inspired celebration of brotherhood.

Berg intended his Lulu-Suite as a concert-hall, thirty-minute overview, for his then unfinished opera, which it would remain at his death in 1935 (Friedrich Cerha would undertake a completion). Once we got to the music – the Digital Concert Hall’s preamble was long and tedious – Berg’s five movements were played gorgeously and detailed fastidiously (matching Berg’s own exacting craftsmanship and use of forms) to create a specific world of fragility and eeriness and to foretell that momentous things are about to happen, Petrenko highlighting lyrical beauty without losing edge, the behind-the-scenes construct of the music lucid, it’s description vivid, nowhere more so than in the feverish energy of the second movement (a palindrome) or the grinding dissonances of the final one, in the wake of Jack stabbing Lulu, although, musically, the knife could have been more viciously turned. In between, Marlis Petersen, to the rear of the orchestra, rose to the occasion for ‘Lulu’s Song’, although KP then rather rushed the folksong-based movement that follows.

The interval was misleadingly flagged-up as lasting ten minutes – odd – which turned out to be double that, and which consisted of nothing, then further presentations. 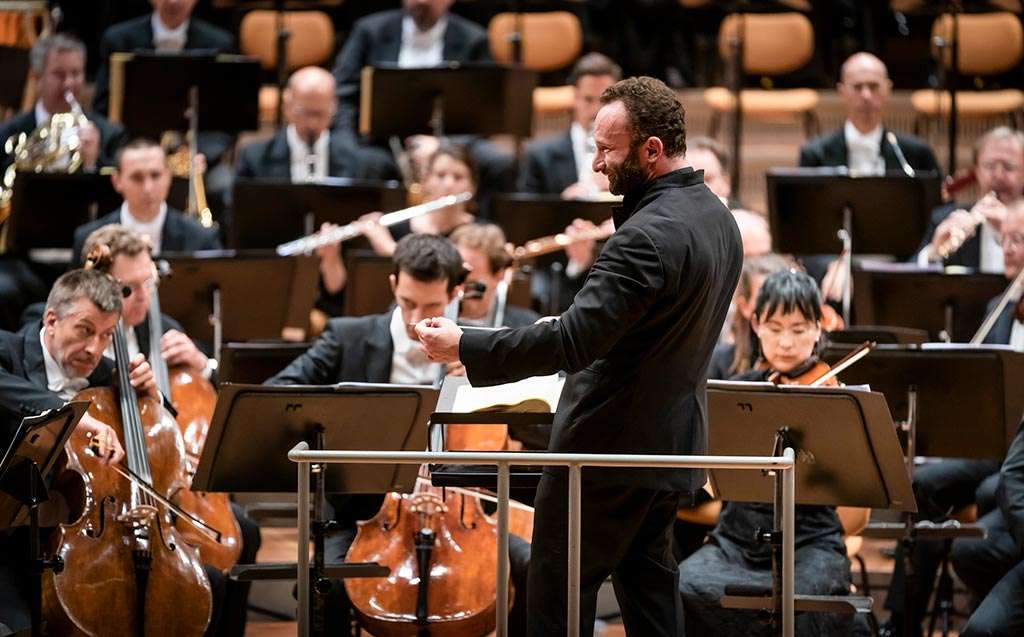 And so to Beethoven 9: a fleet and fiery first movement, with ear-catching dynamic contrasts, yet rather relentless and lacking in mystery; drive and direction in abundance though (the thunderous climax reached organically) and no doubting the Berliners’ dedicated response; then to a Scherzo that was justly addressed in every way as well as attractively buoyant (woodwinds bubbling) together with the essential observation of all repeats, with a Trio that was given its own space (i.e. not hectic, for all LvB’s marking is Presto) and in handshake tandem with its surrounds.

Following a slow movement that offered poetic balm and was properly Adagio, affording the Andante interpolations their variances, it was straight into Finale, with a punch. The ‘Ode to Joy’ theme itself was introduced without ceremony yet radiated its title, and the vocal soloists (positioned in front of the choir) were distinguished, Rundfunkchor Berlin, singing from memory, excellent. The trajectory of this ‘Choral’ movement wasn’t allowed to dawdle; there was a confident swagger, and some deft playing to match KP’s pressing-ahead tempos … come the end there was jubilation a-plenty – the music given without pretention – and the orchestral coda had something of a greyhound out of the traps chasing the hare … in-keeping with what had gone before yet leaving a somewhat short-changed feeling.