Bellini
Beatrice di Tenda – Melodramma serio in two Acts to a libretto by Felice Romani after the ballet by Aontonio Monticini itself based on a tragedy by Carlo Tebaldi-Fores [concert performance; sung in Italian]

Despite showcase scenes for soprano and bass, Bellini’s Beatrice di Tenda remains something of a rarity, although there are recordings by Sutherland and Gruberová. 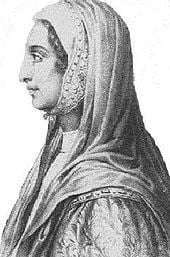 The title-role was composed for the great Giuditta Pasta and the subject matter, with which the librettist was rather lukewarm, was chosen by her and Bellini. It’s a curious tale of political intrigue and misplaced affection. Beatrice’s second husband Filippo is disenchanted with her, despite the marriage underpinning his hold on power. He is more attracted to Agnese, but she admires Orombello, who in turn adores Beatrice. Agnese insinuates to Filippo that Beatrice is unfaithful and when he encounters the two of them in fiery discussion over political agitation, he assumes the worst and they are imprisoned. Under torture Orombello compromises Beatrice but retracts in front of the court. Filippo insists both are tortured further, but when they remain steadfast in their assertions of innocence he starts to have pangs of conscience, but since the populace has risen demanding her release and he does not wish to seem weak he condemns them to death. The repentant Agnese admits her involvement in the plot to Beatrice and is forgiven before she steadfastly walks out to her execution.

This first of two performances was very assured indeed, largely owing to Simone Victor as the eponymous heroine. She has a beautiful silvery voice, perfectly placed and ideally toned for the role, delighting with her coloratura skills and ability to spin out Bellini’s long and lovely vocal lines and imbue them with meaning and sincerity. It certainly helps that Olsi Ǫinami understands bel canto tradition and idiom so well, deftly keeping the pace alive and yet allowing singers space for vocal embellishment and exhibition, and the orchestra is responsive and enthusiastic.

In the other roles there is also fine talent. Sergio Augusto, as Orombello, has generous lyricism allied to a voice of warmth and lots of light and shade. He too makes every word tell and is a notable contributor to the various ensembles. Taryn Surrattis is a sympathetic Agnese, producing a focussed light tone that blends very well with that of Victor and showing a strong sense of line and phrase. A little more daring with the text would flesh-out the character more. As the implacable and mean-spirited Filippo, Brian Hotchkin has the hardest task for as a young voice he doesn’t quite yet have the full bass resonance and incisiveness the part ideally needs. Nonetheless, he manages to convey the unpleasant side of the despot well enough by inflection of the text and physical demeanour.

The two small-role singers are both excellent, so too the five gentlemen and seven ladies of the chorus, the writing for same being one of this opera’s interests.

The whole endeavour by the London Bel Canto Festival certainly does Bellini justice, showing that the work is probably more stage-worthy than received opinion might suggest.