No sooner had Paavo Järvi opened the Tonhalle’s season (October 2-4) than he was in London for unfinished business as part of a fifty-year celebration (October 6) – links below – and now Berlin for three concerts (10-12). Add travel and rehearsal. 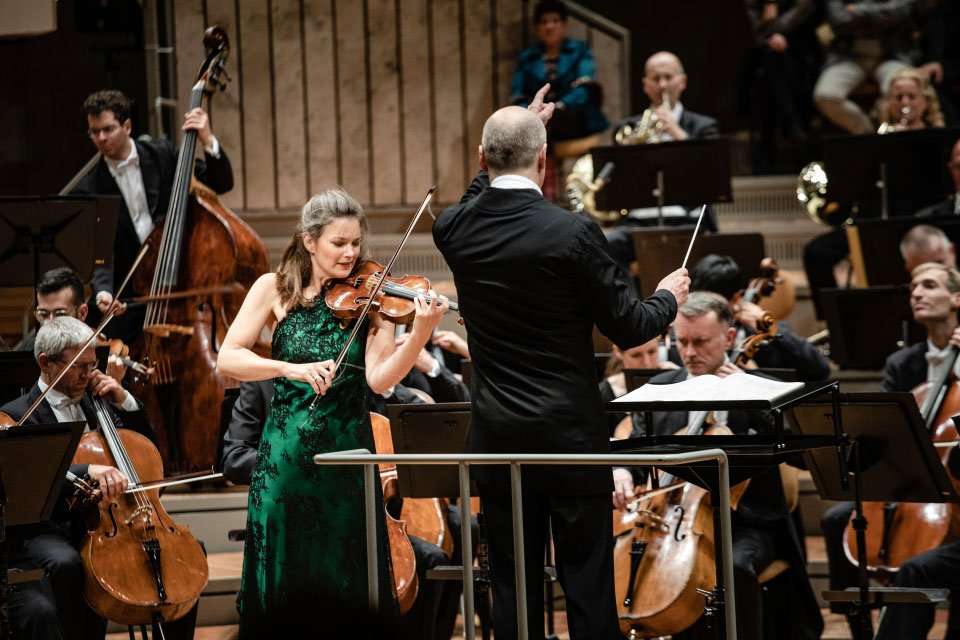 Opening Sibelius’s final major work, Tapiola, was a made-distinct timpani motto, cueing a masterpiece eerie and elemental, suspenseful, baleful woodwinds and strings, lightly dancing fireflies to illumine the forest at night, Järvi keeping guard during the calm-before-the-storm that erupts yet brings with it a suggestion of daybreak, nightmare over, to complete Sibelius’s remarkable opus, music that for Sir Colin Davis was ‘symphony 8’, the one that got away.

By contrast the first movement of the ‘Rhenish’ Symphony was a joyous outburst, music on the move, to the extent that the first few bars were rather squashed together, following which the Berliners were responsive to Järvi’s flexibility of pace and concern for detail (even with many performances of this wonderful work under my belt I heard oboe-writing that hadn’t been registered before). This was Järvi’s success, an accommodating approach that never sectioned-off any one episode; especially ingratiating was the poetic third movement and how solemn and imposing the next one, Cologne Cathedral captured in sound. The Finale, launched indivisibility to its predecessor, was nimble and poised, and in the closing flourishes Järvi did majesty and sprinting as togetherness.

It has been an on-off year for Janine Jansen in terms of appearances. Here she radiated positivity and gave a fabulous account of the Tchaikovsky – seductive, fiery, songful, confidential (dips in dynamics), sultry in the slow movement (with lovely nocturnal colours in the orchestra) and exhilarating (the Cossacks of the Finale were high-kick dancing, maybe supplemented with a nip of vodka). To Järvi and the Berliners’ tailor-made collaboration, Jansen’s bow and fingers were at-one with notes and intonations, and she followed-up with the ‘Sarabande’ from Bach’s D-minor Partita (BWV1004), romantically expressive.