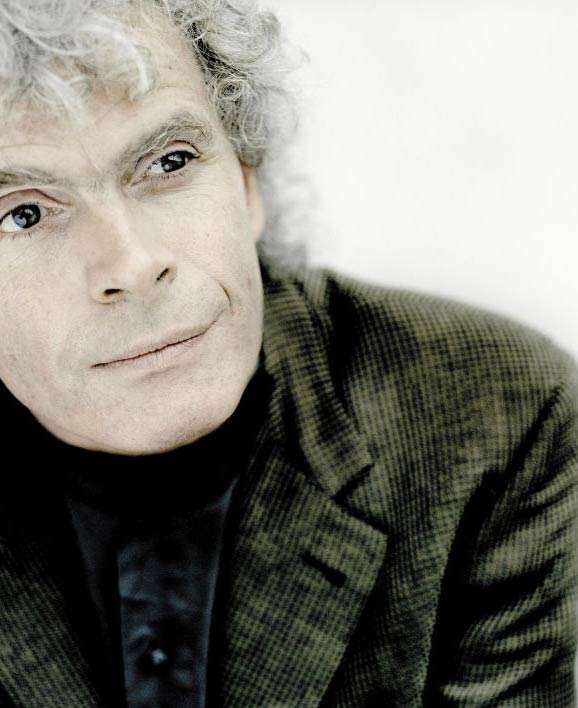 The Berliner Philharmoniker has had a very close relationship with Carnegie Hall, presenting concerts of extreme beauty and power. The Carnegie staff was particularly delighted when its executive director, Franz Xaver Ohnesorg, became the Intendant of the orchestra. The musicians have been amenable to unusual venues and those of us who remember their chamber ensemble presenting Stravinsky’s L’histoire du soldat at, of all places, the Salvation Army in the slums of Manhattan’s Chinatown know how adventurous they can be. This October the Berliners are not only performing four nights at Carnegie Hall but are also presenting Bach’s St Matthew Passion at the Park Avenue Armory, a rapprochement worthy of Daniel Barenboim’s East-West Divan Orchestra consisting of both Israelis and Palestinians.

In 2002, music director Simon Rattle stated that one of his objectives was to systematically dismantle the painstakingly constructed silken sound established by prior major domo Claudio Abbado in order to imbue his band with a more rough-hewn and angular sonic profile designed to assist in the communication of works from this current century. His prerogative, of course, but some listeners were wondering how this transformation would work with two pieces on the program that have many sections that cry out for terpsichorean smoothness.

The festivities commenced with Rachmaninov’s Symphonic Dances, which Rattle had brought along for the Carnegie opening night. It is a black tie, have a drink on the roof garden sort of piece, perfect for the inaugural patrons but a little bit too pops for a more attentive crowd. Still, the work is beautifully orchestrated and provided a fine litmus test to gauge the evolutionary results of the Berliners’ coloristic changes over the past dozen years. Solo parts were very professionally intoned – the alto-saxophone passages especially ear-catching – but overall this performance was a bit rough and sluggish. This may have been the fault of ‘second night syndrome’, wherein European orchestras sound fine on the first evening of their American tours but stumble on the next iteration as jet-lag takes effect. In any case, this was less than the desert-island version of the piece or, to quote a contemporary of Rachmaninov, “It Don’t Mean a Thing (If It Ain’t Got That Swing)”.

One thinks of Stravinsky as a modernist, but The Firebird (1910) springs directly out of its contemporary Russian tradition. The composer was the son of the man who created, among other roles, the deep basso part of Orlik in Tchaikovsky’s Mazeppa. Young Igor was clearly still in the thrall of his teacher Rimsky-Korsakov when designing the orchestration and Oriental coloring of this ballet score. Stravinsky even appropriates the sonority of the section of Rimsky’s Scheherazade that features the instruments of the ‘wind quintet’ for the beautiful pastoral that precedes the approach to the ‘Infernal Dance’.

Sir Simon clearly loves playing Carnegie Hall and employing the topography of the place to emphasize special effects. Here he stationed three trumpeters in the balcony for some positively ghostly effects. Overall this was a competent performance of the complete work; however there were some moments that were cringe-worthy. One entrance meant to be dramatic was only reminiscent of fingernails on the chalkboard when the muted trumpet and the second violins came in separately rather than together. That normally powerful ‘Infernal Dance’ was inexplicably diluted in its emotive power when Rattle completely eschewed the caesura that so masterfully heightens the section’s anticipatory electricity. Rattle was uncharacteristically inanimate throughout and, although nobody is pining for his days as an energetic podium dancer, perhaps he was simply this night phoning it in. He even short-changed the final crescendo, commencing much too loudly for any sustained final effect to be anything but ordinary (to be fair, Stravinsky himself was not a very expressive conductor at this seminal moment either).