Peter and the Wolf 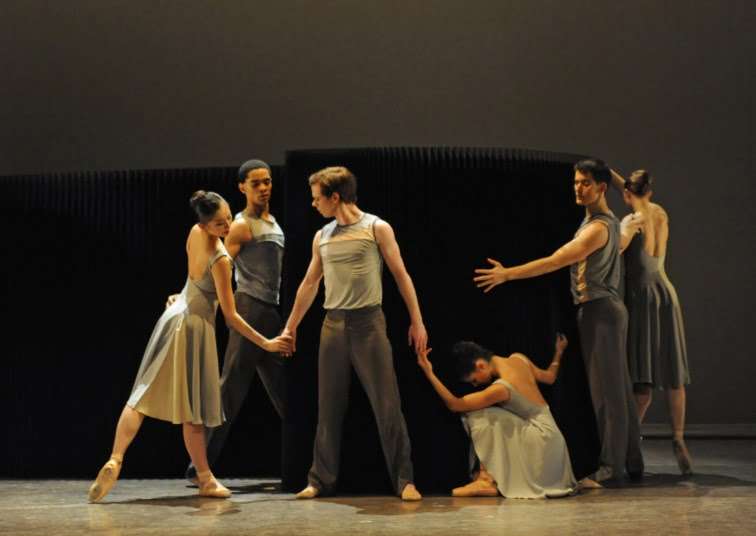 It is always good to welcome Birmingham Royal Ballet back Sadler’s wells, its spiritual home; the company has not had the best of times recently, with the upheaval of the impending departure of their long-serving director David Bintley and the arrival of Carlos Acosta, his successor. Additionally, there has been something of a scramble to ‘update’ the repertoire which some believe to be old-fashioned and out-dated. It is difficult to see how a mixed bill like (Un)Leashed is going to improve matters – it feels hastily assembled, an example of gestural arts scheduling given that works from three female choreographers make up a programme which wholly lacks the punch of English National Ballet’s ‘She Said’ and ‘She Persisted’ mixed bills.

Certainly, Jessica Lang’s Lyric Pieces is nothing to frighten the horses, male or otherwise. It is a charming, delicately constructed opening work set to some equally charming Grieg piano pieces (deftly played by Jonathan Higgins), but is as light as thistledown, wafting onto the stage and then wafting off, leaving no trace. It also has a juvenile quality to it, coming across as a work which would easily sit on a ballet school end-of-year performance; there is wit, but it is surface wit rather than anything more sophisticated, with gesturings and moves which come across as a little too obvious. The use of great black concertinas which are manipulated by the dancers into shapes, walls and curves are effective enough and create a pleasingly pared-back stage picture, but the sight of dancers bringing them on and off confirms the school show impression.

Movement is, on the whole, lyrical, balletic, with BRB’s dancers accomplished in its modest demands, never particularly stretched. ‘In Ballad Style’ hints at something deeper, with Tzu-Chau Chou bringing greater intensity, an individual outside the crowd, left behind, out of synch. Elsewhere, it all babbled along pleasantly enough without making much of a mark. The women’s two-pastel toned, flatteringly cut dresses are fine, but the men’s tops do nothing for them while their loose trousers show unsightly sweat marks by the end of the work. Lyric Pieces is a gentle, undemanding opening work which is fair enough as far as it goes. ★★★ 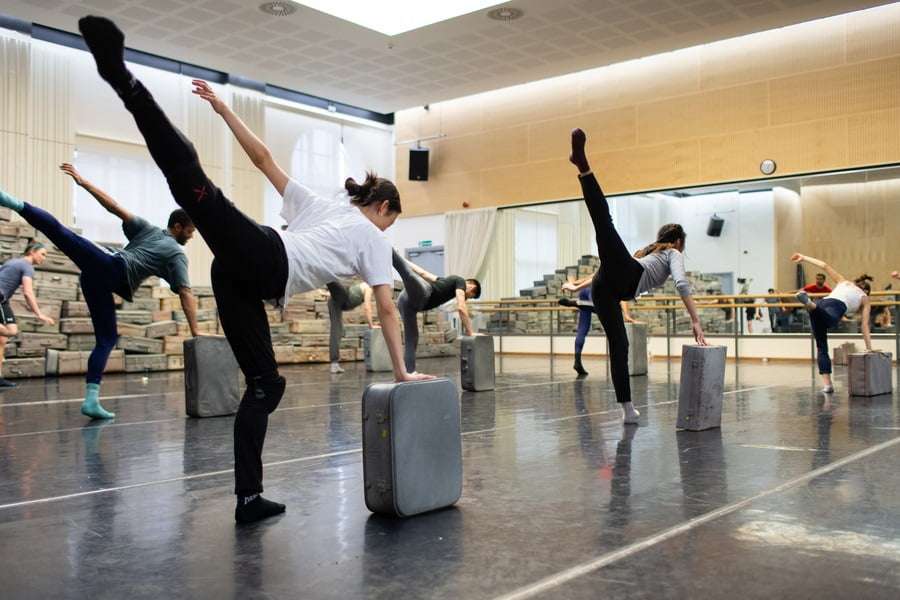 Didy Veldman’s Sense of Time certainly displays a sense of theatre, with a large revolving wall of suitcases, dramatic lighting and bold, emphatic choreography. Gabriel Prokofiev has created a loud score which relies heavily on percussion and brass but also includes electronic sound as well as some rather clever rhythms and melodies – it is a most welcome composition. The idea behind this 30-minute work is the passing of time, the lack of it in a busy urban life and the need for its deceleration for our own sanity. Veldman is a ‘busy’ choreographer, seemingly most at home when she sets her dancers off into great riffs of movement, slightly less so in the quieter passages. The whole enterprise has a large-scale slickness reminiscent of a Broadway or West End show – it is more like the danced ‘dream sequence’ from a musical than a ballet for a classical ensemble. Indeed, some of BRB’s dancers do not look terribly comfortable in its brashness, used more to the politeness of classical and neo-classical movement. Many of the company’s brightest dancers appeared in Sense of Time, from the characterful Céline Gittens and Brandon Lawrence (duly hosed and dried down from the first piece) to the elegant Delia Mathews and the dramatic Tyrone Singleton, but not all of Veldman’s ideas really work – the section with Mathews gazing into a mobile phone as Singleton danced with her was simply clunky compared with Christopher Wheeldon’s treatment of the same idea in Bound To recently seen danced by San Francisco Ballet. ★★★ 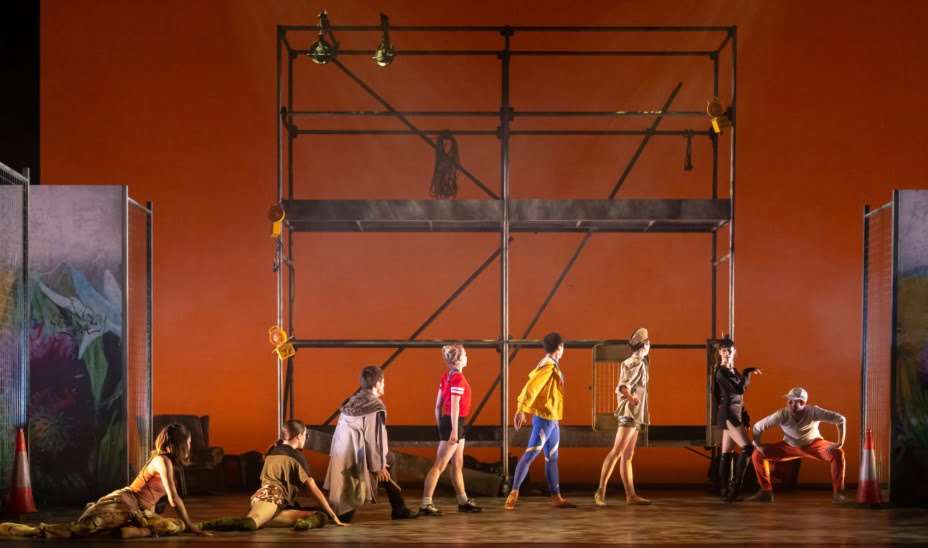 Quite why Ruth Brill’s Peter and the Wolf made the cut for a London season is unclear. This is, in essence, a children’s work, which might do the job for a school’s matinée, but not for the opening of a week at Sadler’s Wells. Not that Brill’s choreography is bad, but it does not really say or do much; the storyline and Prokofiev’s music are dominant, and she must follow them, but what she has created does not often stimulate or keep interest. The Bird, danced with impressive fleetness of foot by Tzu-Chau Chou, flutters his arms and feet in time-honoured bird-like fashion, but quite what Brooke Ray’s disgruntled Duck’s un duck-like movements are meant to convey remains a mystery. The set has a charmless ‘contemporary’ look – road traffic cones slung into basketball hoops, bin bags and a shopping trolley, yet the flat-voiced, recorded narrator speaks of meadows and forests and lakes. Costumes are ‘urban’ and unlovely. Laura Day was a gender-bending female Peter who has a nice line in tomboy swagger and Samara Downs vamped away as an under-used Cat. but this Peter and the Wolf is all very light and bright, possessing no dark side and even the swallowing of the poor Duck (here placed into a shopping trolley and wheeled off by Mathias Dingman’s caricature Wolf) passes as a mildly comic moment. ★★

This is a decent little piece which is not suitable for main-stage evening performance; not suitable either for a company of the standing and repertoire of Birmingham Royal Ballet. And where was the company? With Lyric Pieces using eight dancers, Sense of Time twelve and Peter and Wolf nine, with considerable overlaps, what were the other thirty-five from the fifty-eight strong ensemble doing exactly?