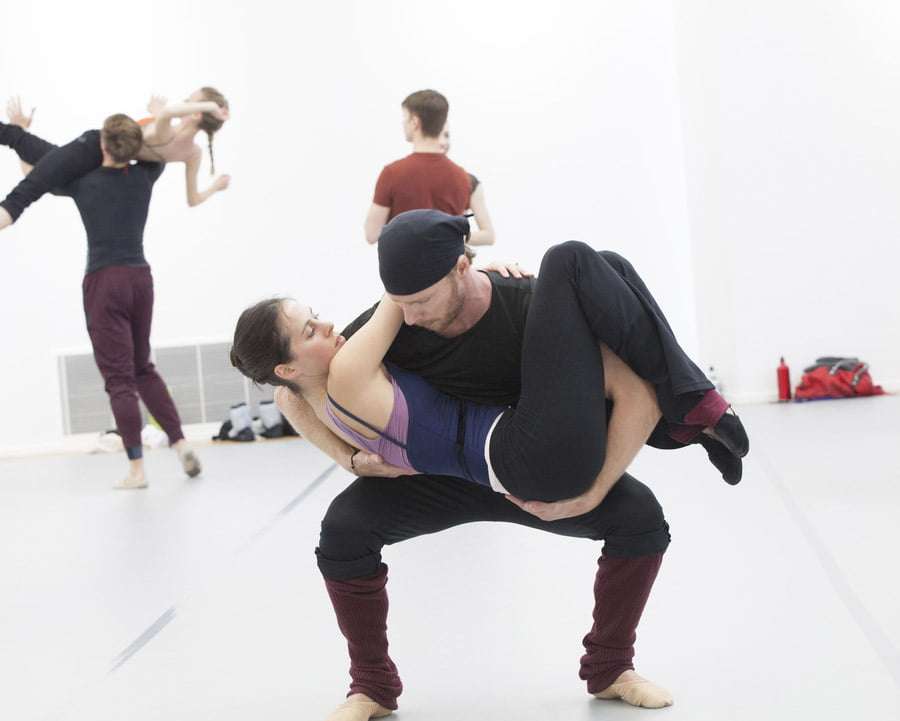 Birmingham Royal Ballet open its brief Sadler’s Wells season with a bizarre mixed programme guaranteed to please almost no-one: a new commission, A Brief Nostalgia, from a young Australian choreographer and Twyla Tharp’s saccharine Nine Sinatra Songs sandwiching a guest appearance by Ballet Black in Cathy Marston’s low-wattage The Suit. The company has no director, with Marion Tait filling the gap until January when Carlos Acosta makes his way to Birmingham to take over, but if he has had any hand in the programming of this evening, then alarm bells are already ringing. None of the works is top-drawer, which lends a distinctly cut-price feel to the proceedings without a ballet of undeniable weight and quality to anchor it all. The three works appear randomly chosen, without anything to link them or to make their juxtaposition anything other than accidental; the orchestra is brought in for the first ballet only, which seems profligate with both time and money, and the interpolation of Ballet Black’s work automatically reduces the exposure of the BRB dancers to London.

A Brief Nostalgia is the latest in the Ballet Now commissions which seek to bring new choreographic voices to the company repertoire. It is by Jack Lister, a dancer turned choreographer at Queensland Ballet who, on the evidence of this work, has a fair command of the classical vocabulary and a penchant for somewhat heavy-handed partnering. It all looks very impressive with flat pale walls, plain costumes in monochrome shades of grey and dramatic lighting which, in the first section at least, changes with increasingly tiresome regularity. It is often too dark to see the dancers clearly, clarity sacrificed for atmosphere, but there is a brooding, ominous quality throughout, often a sense of frenzy and panic, as dancers claw at the walls or tear across the stage. However, for a work purporting to explore the elements in our past lives which serve to form the people we are, it is unremittingly downbeat and depressing, while all too often, men and women are treated very differently, with explosive movement and stylised violence for the former and much manhandling of the latter, something which does neither sex any favours and is irksome in its predictability. Underpinning it all is Tom Harrold’s attention-seeking score which sounds as if it were composed for a film – a thriller or a slasher perhaps – and its wearisome switching from eerie calm to percussive outburst quickly palls. The dancers did everything asked of them, even if they were often reduced to silhouettes in the shadows; Delia Mathews and Brandon Lawrence are given an impassioned central duet in a pool of dry ice which comes and goes. A Brief Nostalgia shows a certain command of the idiom, but it is too overwrought, too self-regarding to satisfy; as an opening ballet, it hardly whets the appetite for more. ★★☆☆☆

Cathy Martson’s The Suit sees her sticking to her favoured genre of stylised narrative, and for this work she has turned to South African writer Can Themba’s 1963 short story, a tale of infidelity and revenge, emulating the end-of-nineteenth century genre of Guy de Maupassant and his like. Uncharacteristically for Marston, she leaves many holes in the story – why Matilda is unfaithful to her husband Philemon in the first place, who Simon her lover is, why she is remorseful (given the gusto with which she indulges her desire), and why she commits suicide on the basis of some suit-shaming (Simon leave his clothing behind when caught in flagrante, the eponymous suit with which Philemon taunts his wife). Written down, it is all rather silly, and Marston’s visualisation sorely lacks the menace, the sense of impending disaster and/or the fear of supernatural retribution that the successful stories of this genre possess. She seems caught between two narrative stools, opting for too much detail (quite why Philemon needs to be shown using the lavatory is unfathomable) and too much abstraction, as in the reasons why characters behave as they do being left out. There is a ‘corps’ of five who serve as furniture around the house as well as passers-by in the street, friends and unseen observers, which only serves to diffuse further an already weak storyline. It is broad brush-stroke stuff and not really representative of Marston at her best; the movement vocabulary is predictable and lacking innovation and sometimes seems inappropriate – quite why Philemon, wracked with upset and jealousy at his wife’s infidelity should executed zippy little pirouettes is anybody’s guess. Ballet Black’s performers give it their all and display speed, precision and charm in their movement and it is not really the lead couple’s fault that one neither believes in nor cares for them. Philip Feeney’s recorded score, an arrangement of Kronos Quartet pieces, matches the stage action to a T. ★★☆☆☆ 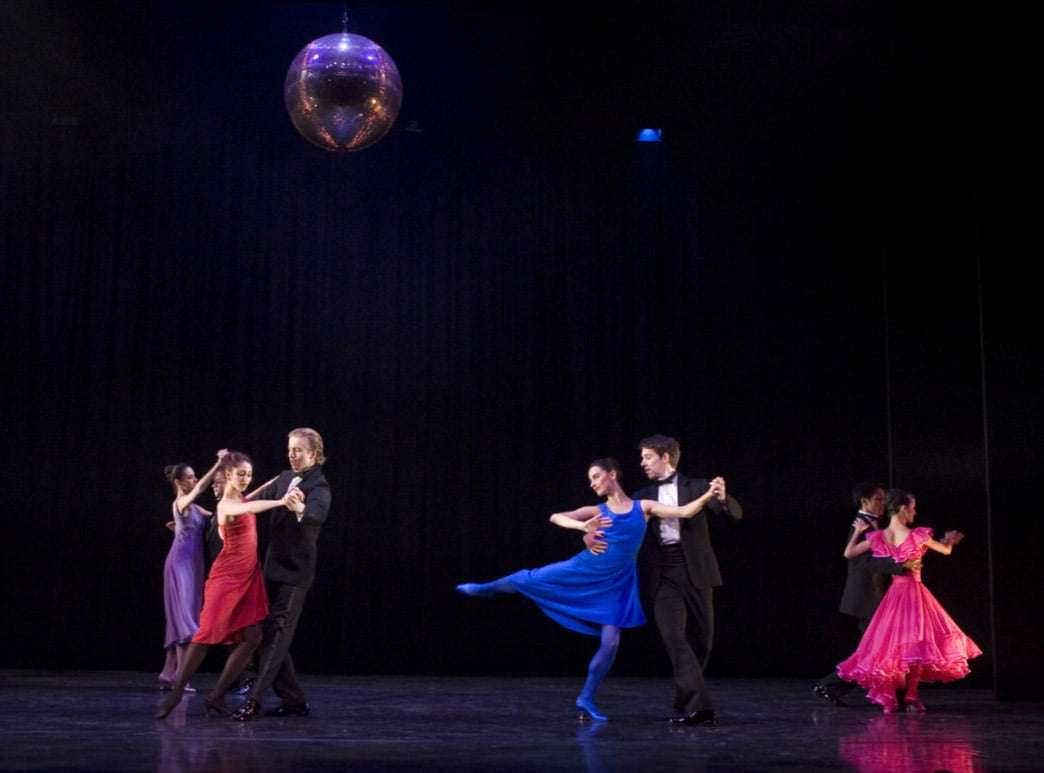 The charms of Twyla Tharp’s Nine Sinatra Songs are utterly resistible to your critic. Not only is there little to no attraction in the eight songs by Old Blue Eyes (some in unforgivably souped-up versions) but the choreographer’s take seems pedestrian to a degree, so that a procession of company principals can try as they might, but there is no real life, purpose or beauty in the steps. Sure, there are changes of mood, but even the comedy of that old chestnut the mismatched tall-short duet, is laboured and obvious, possessing none of the lightness of touch that can make dance the most airily delightful of art forms. Created in 1982 to admittedly chic Oscar de la Renta (now very much in d’après versions), it chunders along, giving us ‘My Way’ not once but twice and seven couples take us through tango, cha-cha, swing and even an American take on the apache. But to no avail – despite the loving ministrations of Tyrone Singleton and Delia Mathews, Miki Mizutani and Kit Holder et al., this ballet has no pulse. ★☆☆☆☆

And so closed a dispiriting evening, devoid of shape or logic, a shell of a programme. Acosta has much work to do if he had no hand in it, and even more if he did.