Elgar
The Apostles, Op.49 – Oratorio in two Parts with words chosen by the composer from The Bible and Apocrypha 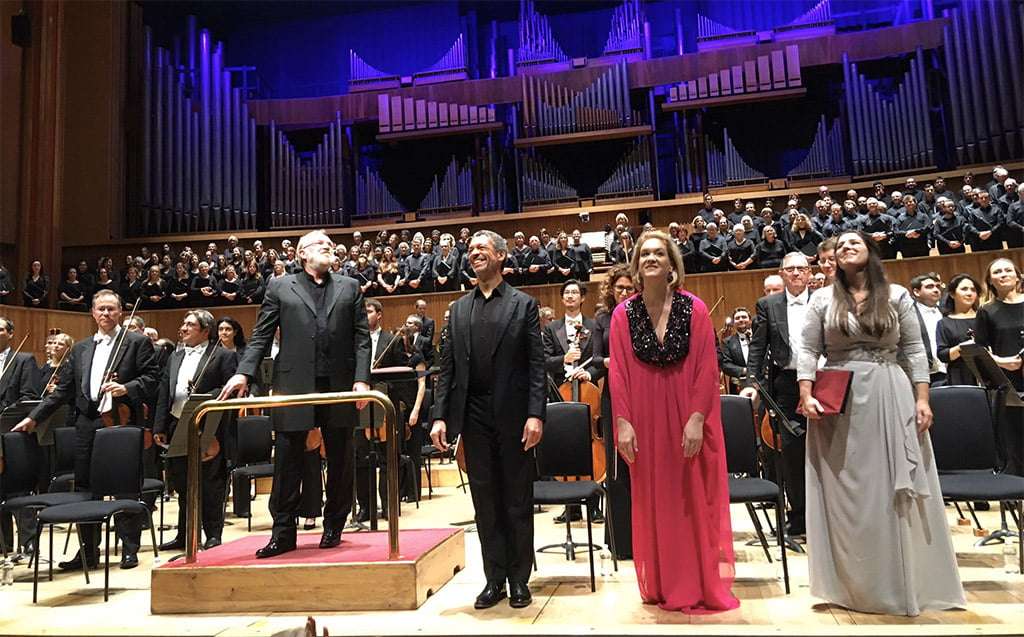 Performance-wise, Sir Edward Elgar’s oratorios are honoured more in the breach than in the observance, with only The Dream of Gerontius mainstream choral repertoire on a par with, say, the Requiem settings by Verdi and Britten. The Southbank publicity talked up The Apostles as “the closest Elgar ever got to writing an opera” with the six soloists a team of “top operatic talent”, but, rightly, the conductor Martyn Brabbins (replacing Sir Mark Elder) got under the meditative skin of a score that reveals, probably more so than the earlier Gerontius, Elgar as a mystic who could express his Catholic faith in music of visionary and technical adventurousness. Not only that, he also had a deep knowledge of The Bible and theology, which enabled him to create his own text about the earliest days of Christianity as defined by the humanity and, crucially, the failings of three of Christ’s entourage: Mary Magdalene, Saint Peter and Judas Iscariot. Arguably, the cod-orientalisms and Mary Magdalene’s repentant Fantasy are uneasy, but otherwise the score’s level of inspiration and, in the solo roles, characterisation are consistently high, and, despite the music’s moments of anguished chromaticism, Brabbins was particularly skillful in suggesting a Parsifal-like piercing masochism without indulging it.

The London Philharmonic Choir and BBC Symphony Chorus were magnificent, not just in the bigger choral episodes – the ‘Turn you to the stronghold’ conclusion of Part One and the whole of the ‘Ascension’ were very powerful – but also in the bulk of the work where they worked with orchestra and soloists with incredible finesse and fluency. The nine-strong Apostles Chorus (all from the Royal College of Music) was luxury casting, and they solidified the perspective between soloists and main chorus.

Roderick Williams understands clearly how the part of Jesus is at the centre of things without having a huge amount to do, and his singing radiated otherworldly authority. Elizabeth Watts was in full, pure voice as the Virgin Mary, deploying a sinuous pianissimo to hair-raising effect, and Allan Clayton as the Narrator, guiding us through the Beatitudes, Christ’s walking on water, Mary Magdalene’s foot-washing, and Peter as the rock of the church, was on superbly urgent form. The trio of Alice Coote, David Stout and Brindley Sherratt brought the drama centre-stage in strikingly animated portraits. Stout made the most of Peter (a role that goes on to dominate The Kingdom) with his decisive singing and stage presence. Coote, a mezzo rather than the contralto specified by Elgar, is a seasoned Magdalene and brought her customary gravitas to the role of repentant sinner. Her lower range has a spread that doesn’t always chime with her light, pliant middle and high voice (which her current Orpheus at ENO alerted me to), but she still brought a faltering anguish to a role that doesn’t quite fly. 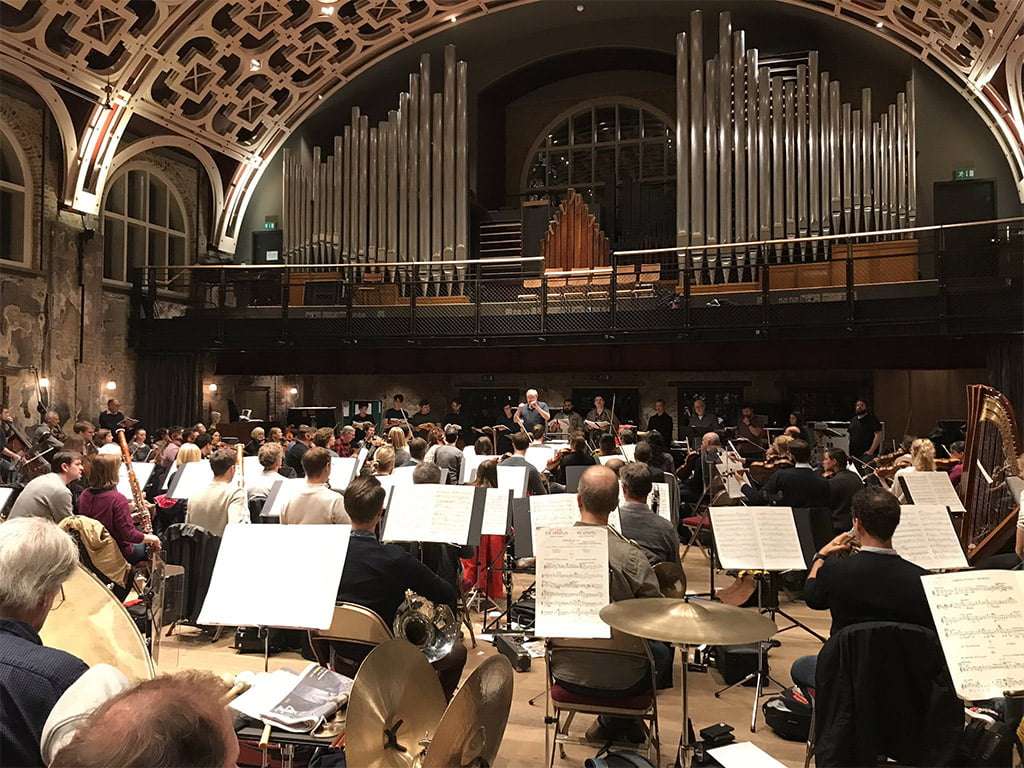 That did not apply to Brindley Sherratt’s Judas, a part that he has made his own. It helps, that, after the episodic nature of Part One, the Second Part is much more of a whole as the work ventures into familiar Passion territory, with the concluding Ascension capping some of Sir Edward’s greatest music. Sherratt’s performance revealed a man of the world motivated by what he thought was right but wasn’t, a sympathetic, misguided, complex man with whom Elgar must have identified to create such a fascinating, flawed character. Sherratt caught every facet of Judas’s bitterness and failure in the astonishing ‘Our life is short and tedious’ passage, where he piled insight upon insight to devastating effect.

He also made me realise that, while Elgar set out to steer The Apostles away from the overt Catholicism of The Dream of Gerontius to be more Church of England-friendly, the second part has a burgeoning mysticism very much in the Roman area, as Mary’s desolation at Golgotha – Allan Clayton and Elizabeth Watts were wonderful in this section – dissolves into the Angels’ chorus of Alleluias and the radiant vision of the Ascension.

With a measured pace that allowed the orchestral detail to make its mark, Martyn Brabbins forged the ideal circumstances to allow The Apostles to grow and then recede, the essence of visionary achieved through Brabbins’s highly perceptive pragmatism, and the LPO’s playing, were exemplary. From the precisely imagined quiet accompaniments to the relatively few blockbuster moments, and the otherworldly tuning of the shofar (played from one of the Hall’s boxes), the LPO clinched something remarkable.