Bizet
Carmen – Opera in four Acts to a libretto by Henri Meilhac & Ludovic Halévy after the novella by Prosper Mérimée [edited by Fritz Oeser; sung in Christopher Cowell’s English translation] 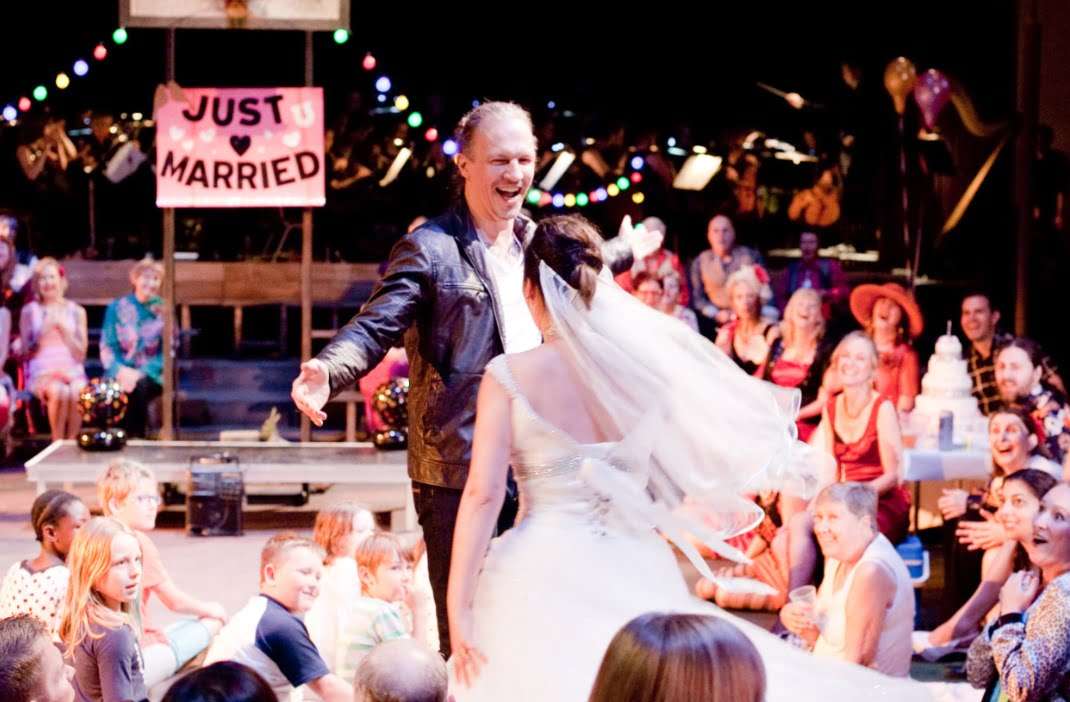 Coming full-circle for its tenth production, Blackheath Halls Community Opera returns to Bizet’s Carmen. This time the director is Chris Rolls while the conductor is stalwart Nicholas Jenkins, who has presided over six of Blackheath’s opera productions, which always fall in July.

The orchestra is on the stage, with the audience on three sides of the auditorium, framing a large square marked out for basketball. There’s a basketball hoop behind, which, on the fourth side of the square directly below the orchestra, is backed by empty benches, like on a sports field.

During the Prelude Rolls has the dancers (from Trinity Laban Conservatoire) warming up for some basketball training, during which a dispute arises between two of the jocks. Although the fight is broken up, one of the combatants has to leave, who we later find out to be Don José, fleshing out his back-story and explaining why he has forsaken both his mother and his sweetheart Micaëla to join the army. The square, in contemporary times (“somewhere in Europe”), fills up with artisans and shoppers – as Micaëla comes to find Don José. She is always a winning character – with a human decency that everyone else’s circumstances has had beaten out of them. Stephanie Corley fitted the bill nicely, carefully warding off Benjamin Ellis’s advances as Moralès and later, in the third Act, doing her best to rescue Adrian Dwyer’s José from the slippery slope of tragedy at the smugglers’ encampment. By then Hannah Pedley’s Carmen and her girlfriends Mercédès (Jess Thayer) and Frasquita (Clara Fournillier) have already read the tarot cards and seen that Carmen and Don José’s trajectories can only collide in her death. 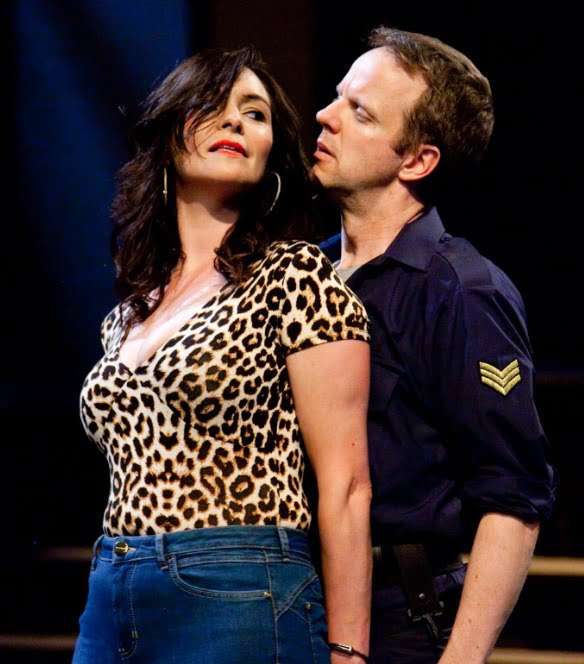 I have to admit that, despite both its enormous popularity and the fact that every one of Bizet’s tunes is a runaway hit, I don’t need to see Carmen ever again. But then how can you miss Blackheath Halls Community Opera? I can’t!

The commitment on offer – weeks of rehearsal let alone a feat of co-ordination – and the sheer enthusiasm radiating from the performance should be enough to convince the most jaded of Culture Ministers of the essential nature of both this art-form and its availability to the greatest number of people. And Carmen must be hugely satisfying to sing, here in the edition with some speech.

The bar-scene for Act 2 is a gaudy gypsy wedding, where guest of honour is boxer Escamillo with his trendy man bun (Pauls Putnins – returning to Blackheath after being the voice of Poseidon in last year’s Idomeneo). In the smugglers’ encampment, Putnins has no fear of Don José’s challenge regarding Carmen, the desperate and deranged ex-soldier only left with one course of action outside the boxing ring in the final Act as he has his showdown with his temptress Carmen. The entr’acte is dramatised not by a procession but by female boxers squaring up to each other, after Escamillo’s competitor (bare-chested dancer Tobias Peppersack) has been seen preparing.

The action is inexorable, and Rolls successfully places that denouement as the real fight, even though it is meant to happen outside the bullring. With the chorus now sitting on the benches, our focus is unbearably on the tragedy of Carmen’s nonchalant dismissal of a love she encouraged to help her escape prison in the first Act, with Don José becoming, in common parlance, an unhinged stalker. He has been driven out of his senses by Carmen’s machinations and Dwyer charts his madness all-too believably, so that the final crime of passion is out of sheer desperation than malice. It was electrifying. 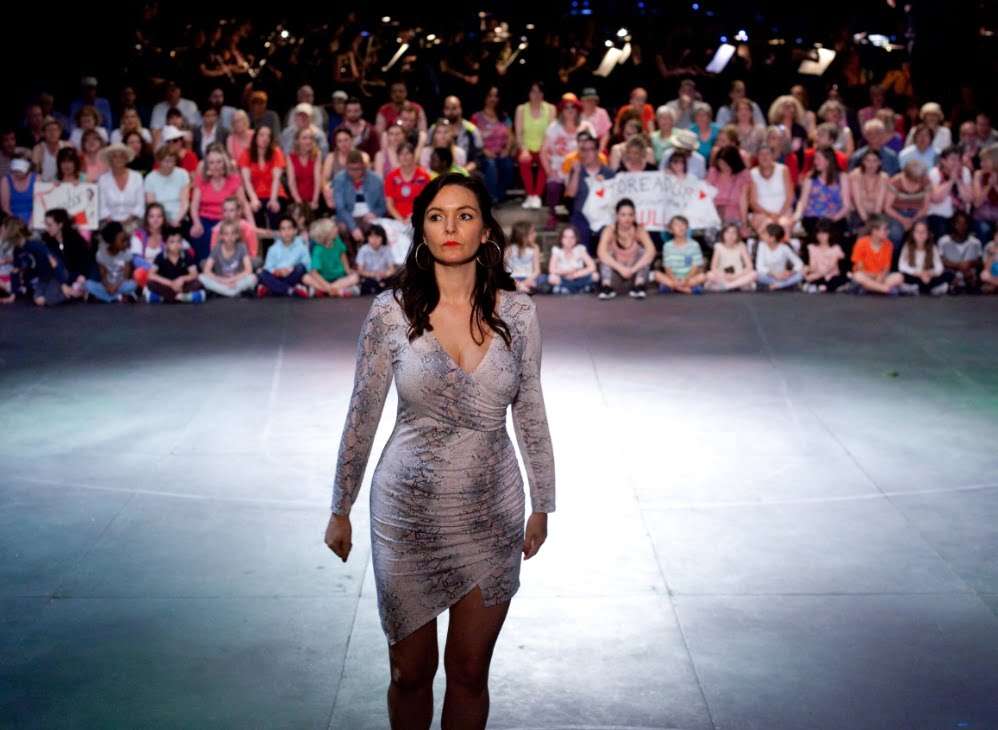 Hanna Pedley is an experienced Carmen (and also Micaëla). I’m sure Don José was not the only one in Blackheath Halls to fall under Pedley’s spell: Escamillo and Nicholas Crawley’s over-confidant Zuniga do, so why not the rest of us, as she richly sings the ‘Habanera’ and the ‘Flower Song’? Dwyer, stronger and more ardent when singing than speaking, proves a good match while the students from Trinity Laban bring a realistic freshness to the characters. The hard-working chorus and children cope miraculously with a number of costume changes and multiple cues and entrances. I particularly liked the children’s marching song in the first Act was not well-drilled (nor meant to be), with Zuniga’s attempts to keep them under control being ignored; such nice attention to detail.

Jenkins looked as completely calm and relaxed at the end as he had at the beginning. His beat is clear, and his players – the occasional suspect intonation and scrappy entry aside – responded with impressive concentration.

Long may Blackheath continue to prove that opera is for all.