Wagner
Tristan und Isolde – Opera in three Acts to a libretto by the composer [concert performance; sung in German, with English surtitles]

Gentlemen of the Bournemouth Symphony Chorus 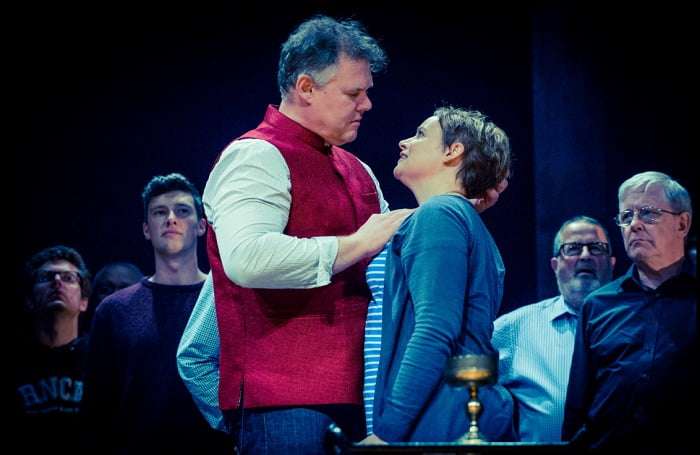 Billed as a concert performance, which was conducted by an assured Martyn Brabbins, this Tristan was marred by inconsistencies, with singers both active and static in a rendition carelessly slung together with little attempt at cohesion.

Had one sat through it blindfold, the differences of approach would not have affronted the eye so glaringly. There were several music-stands used at various times by Sara Fulgoni, Stephen Gadd and Mats Almgren (the latter replacing Clive Bayley). Yet Bryan Register and Rachel Nicholls (she was replacing Anja Kampe) sang from memory, moving around a mostly-bare stage and bringing visible expression to their roles – and in this Nicholls was utterly compelling. Those with walk-on parts simply brought on their scores and delivered their lines. 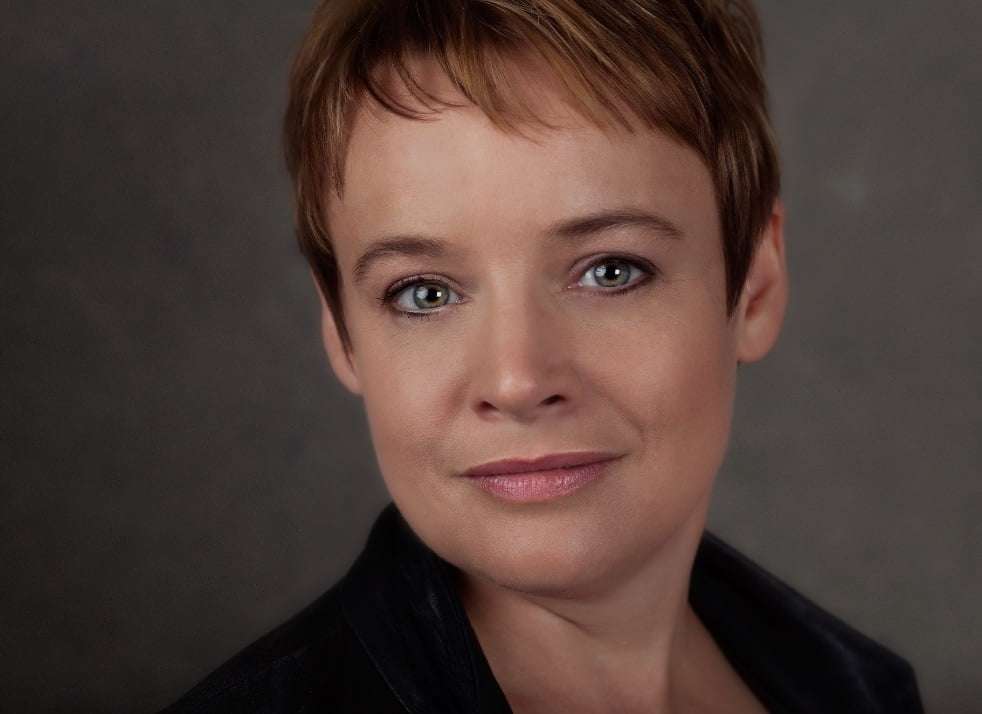 The auditorium could have been used more imaginatively; had a mellifluous Adam Tunnicliffe not sung from a raised position (a castle wall recycled from Grange Park’s Don Carlos production) but from a more distant balcony, this would have better suggested a ship’s masthead.

Setting aside these niggles, Brabbins paced the music effectively with an unerring sense of dramatic shape. Beyond the impressive sweep of the Preludes, the Bournemouth Symphony Orchestra could have played with more energy and its support been less reticent where Wagner’s tonal palette demands more projection.

Act One made clear what a wonderful artist Nicholls is, one of the most thrillingly dramatic Wagnerian sopranos of recent years. Her singing and acting were totally convincing, carrying Isolde’s vocal demands with ease and inhabiting her character’s fiery intensity with consummate flair. So much so that the underpowered Register was pallid by comparison, and his presence never quite reached the bar she had set. To a role that makes almost impossible demands of stamina and emotional intensity, Register saved himself for Act Three. Here, in his physical delirium resulting from his fatal wounds, he finally revealed the voice we had been waiting for – although even then it was more of a pocket Heldentenor than the real thing – its absence of weight precluding any heroic substance. The Act Two love-scene was a passionless affair, with security of voice and ensemble prioritising any sense of sensual abandonment. The “most enormous depravity” heard by Grieg’s friend Björnstjene Björnson was virtually absent here.

A fresh energy arrived with the cavernous voice of King Mark (hardly dressed with sartorial elegance and thus reminding of one of our senior politicians) who vocally made a deep impression. His dejection was nobly communicated, and had his vibrato been less wide I might have felt more sympathy for this tragic figure. Stephen Gadd sang with richly sonorous tones as Kurwenal and was particularly affecting in his fidelity to Tristan in Act Three. Earlier, Sara Fulgoni had been a persuasive Brangäne, but it was Nicholls who crowned the evening with a rapt ‘Liebestod’ – meltingly beautiful as she soared above the orchestra. It was a wonderful conclusion that musically, at least, had outstanding moments to which an unflappable Brabbins must take considerable credit.