Mozart
Idomeneo, re di Creta, ossia Ilia e Idamante, K366 – opera seria with a libretto adapted by Giambattista Varesco from a French text by Antoine Danchet, which had been set to music by André Campra as Idoménée [sung in Amanda Holden’s English translation] 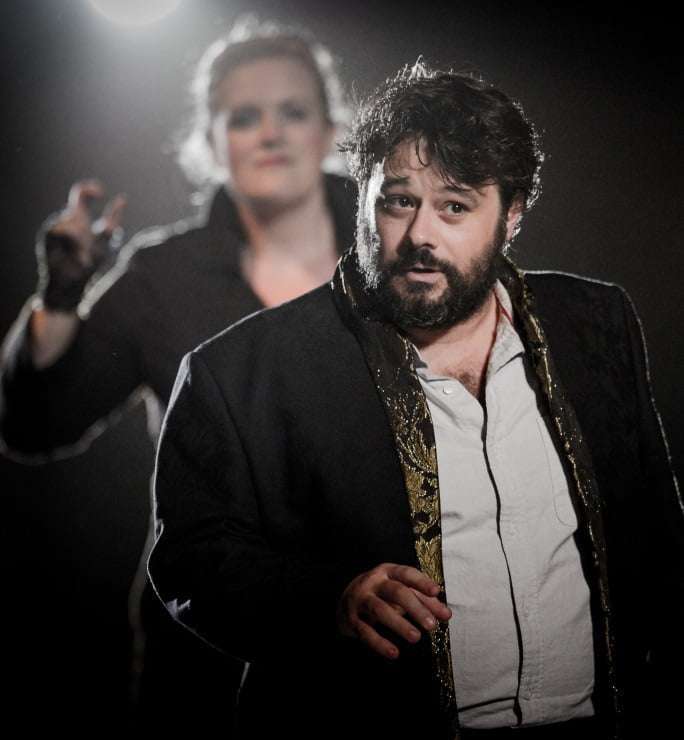 Year nine of the Blackheath Community Opera project marks its first foray into Mozart: Idomeneo, Blackheath returning to Greek Myth (Gluck’s Orfeo ed Euridice featured in year 3). King Idomeneo en route from the Trojan war. Back home, on Crete, his Trojan prisoners have already disembarked, with the prize, Ilia Princess of Troy, falling in love with Idomeneo’s son Idamante, who is also in the sights of Mycenaean princess Electra (yes, she of the tragic family which saw her brother, Orestes, kill their mother, Clytemnestra, for murdering their father, Agamemnon, all because he had sacrificed his daughter, Iphigenia). It is not just in contemporary times that Greece finds itself in a pickle.

James Hurley – like Katie Mitchell’s ENO production, five years ago, and The Royal Opera’s plastic-fish and shark-infested version last November – sets Idomeneo in our time. With modern references carefully thought-through and the immediacy of no audience-member being more than four rows from the action, this Idomeneo hits home with the visceral force of a live TV news-story from a beleaguered war zone beset by pestilence. It is absolutely thrilling.

With the orchestra on the stage, conducted by Nicholas Jenkins, the chorus of Trojan prisoners-of-war are dragged from under the stage. Idamante’s clemency in releasing them sees them handed to Refugee Council workers and emergency medical teams, as be-suited sceptics mutter about immigration in the far corner. Meanwhile, children make roses as wave upon wave of tragedy hit Crete. Mark Wilde’s shipwrecked Idomeneo does return, re-living to himself his bargain with Poseidon to sacrifice the first human he sees, just before Idamante finds him. How can he kill his only son? How can he tell his son? Idomeneo’s predicament and Idamante’s bewilderment regarding his father’s baffling behaviour are all laid-out in all-too-believable detail, putting into relief Idamante and Ilia’s burgeoning love and Electra’s desperate venom. 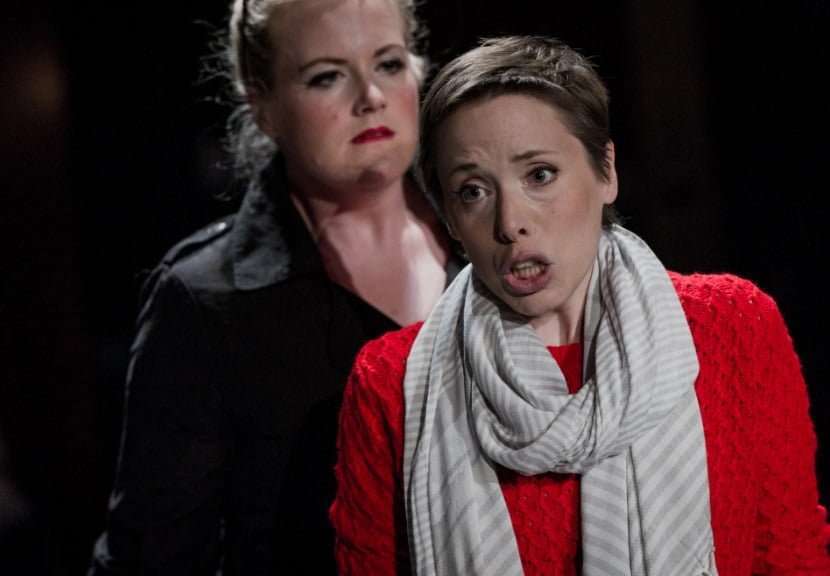 Poseidon’s sea-monster rising against the ship that is meant to take Idamante to Mycenae (in a ruse to accompany Electra, but really to get him out of harm’s way), panics the Cretans that they bar their doors even from the medical workers who have gone to help the afflicted from disease. How Idamante rids them of the threat I wasn’t quite sure, but the gleam of hope that this affords, and in Poseidon’s ensuing repentance (sung from behind the orchestra with gravelly sonority by Pauls Putnins, but acted by a young boy in princely gown), allows the opera to end with the possibilities of a more stable future. But Hurley offers no easy solutions – Idomeneo’s black-garbed guards are inherited by Idamante and they seem hell-bent on crushing any dissension.

As ever with Blackheath Community Opera (and regular readers will know that I’m a fan), the commitment from all concerned is outstanding. Jenkins and Hurley have also excelled this year in their choice of professional soloists. Wilde is an impassioned Idomeneo and Kirstin Sharpin grabs every opportunity to flesh out Electra’s torture. William Johnston Davies stalks about as Arbace. But – as surely Mozart intended – I liked best both Sam Furness’s tousled-haired Idamante and petite Rebecca Bottone as a boyish Ilia.

There are some fine small-part interpretations from students at Trinity Laban and the community and an ambitious staging – on Rachel Szmukler’s sand-strewn set – that utilises to the full the four entrances, one at each corner. Amanda Holden’s translation comes over clearly, apart from the occasional directional problems if a singer has their back to you.

Jenkins conducts with assured grace, largely looking later than ‘period’-performance-practice, so some of the accompaniment is quasi-romantic, although always grounded back in the 18th-century with keyboard and sonorous cello continuo. So, another triumph from Blackheath. And, coming very soon, news of tenth-year celebrations.